In the Words of Eliza Schuyler Hamilton—

Rarely have I been so completely absorbed in an audiobook as I was with this one. The amount of research that went into the creation of this book was extraordinary. My Dear Hamilton follows Eliza Schuyler, the daughter of a famous general and her life-long love of the man history loves and hates, Alexander Hamilton.

The story begins with the life of a rather plain single woman and her adoring attachment to her father and sisters, Angelica and Peggy. When she meets the dashing Mr. Hamilton, Eliza doesn’t immediately understand that he avoids showing interest because, as a son born out-of-wedlock, he is far beneath her station in life. Despite the social norms of the time, the two of them wed and begin the epic journey to create a new nation in the aftermath of the Revolutionary War.

The story follows the couple through times of tremendous joy and heartbreak. Eliza is forever in awe of her husband, who excels at being an American statesman, politician, legal scholar, military commander, lawyer, banker, and economist. I loved the friendship she forged with Martha Washington while her husband worked with President Washington to create the new nation’s economic policy.

For those who love history, the portrayals of Thomas Jefferson, Aaron Burr, John Adams, James Madison, and so many more of our founding fathers will have you scratching your head and spinning off to research the history you’ve long forgotten. I learned about the federalist party and the Jacobin Society in school. Still, this story is so well-written, it felt as if I was fighting for a sound government alongside Eliza and Hamilton.

Undoubtedly, you will find yourself cheering for Eliza as she struggles to obtain Hamilton’s volumes of written documents, including his extraordinary contributions to The Federalist Papers after his death at the hands of Aaron Burr. Like any of us, Eliza fights with her entire being to understand and forgive Hamilton’s indiscretions and concealments throughout their marriage. Will the ultimate betrayal of her sister derail everything she has believed?

My Dear Hamilton will capture your heart and imagination from the very first page until the end. It is a unique look into the struggles and heartbreak our founders endured to guarantee us our right to live a free and independent life. 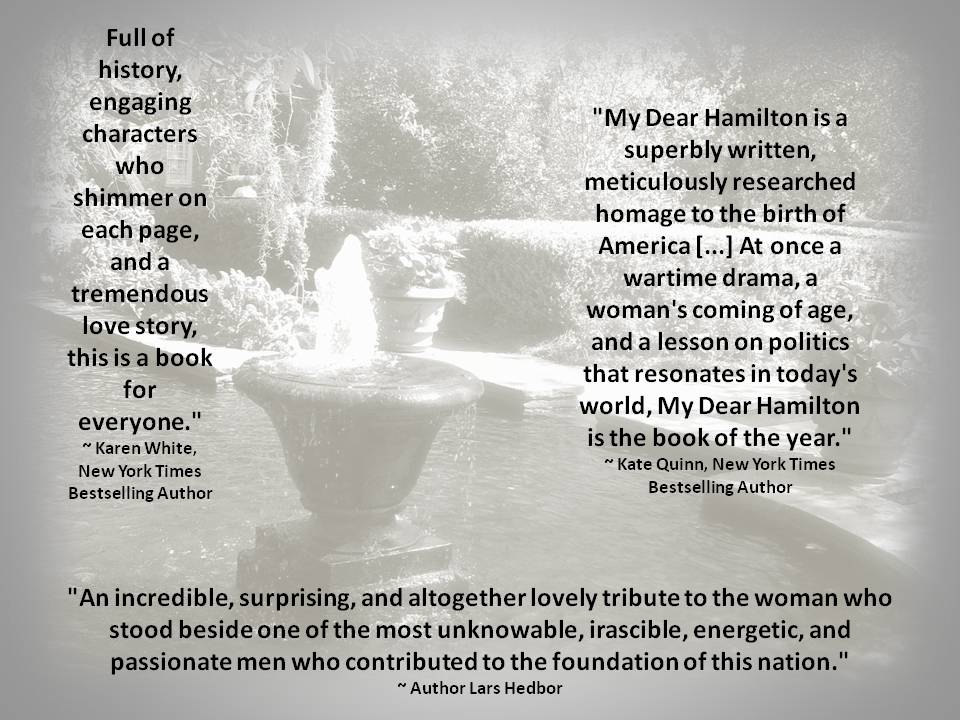 “Alexander Hamilton, A Giant Intellect and Ambition to Match.” From the New York Times comes the epic story of Eliza Schuyler Hamilton. Eliza is a revolutionary woman who, like her new nation, struggled to define herself in the wake of war, betrayal, and tragedy. Haunting, moving, and beautifully written, Dray and Kamoie used thousands of letters and sources to tell Eliza’s story in a unique light. It’s not just a story of the wronged wife at the center of a political sex scandal. But, also the story of a founding mother who shaped an American legacy in her own right.

Coming of age on the perilous frontier of revolutionary New York, Elizabeth Schuyler champions the fight for independence. And when she meets Alexander Hamilton, Washington’s penniless but passionate aide-de-camp, she’s captivated by the young officer’s charisma and brilliance. They fall in love, despite Hamilton’s bastard birth and the uncertainties of war.

But the union they create—in their marriage and the new nation—is far from perfect. From glittering inaugural balls to bloody street riots, the Hamiltons are at the center of it all. Their life’s journey includes the political treachery of America’s first sex scandal. The aftermath forces Eliza to struggle through heartbreak and betrayal to find forgiveness.

The last surviving light of the Revolution

When a duel destroys Eliza’s hard-won peace, the grieving widow fights her husband’s enemies to preserve Alexander’s legacy. But long-buried secrets threaten everything Eliza believes about her marriage and her heritage. Questioning her tireless devotion to the man and country that have broken her heart, she’s left with one last battle—to understand the flawed man she married and imperfect union he could never have created without her.

Meet the Incredible Women Who Wrote the Book About Hamilton 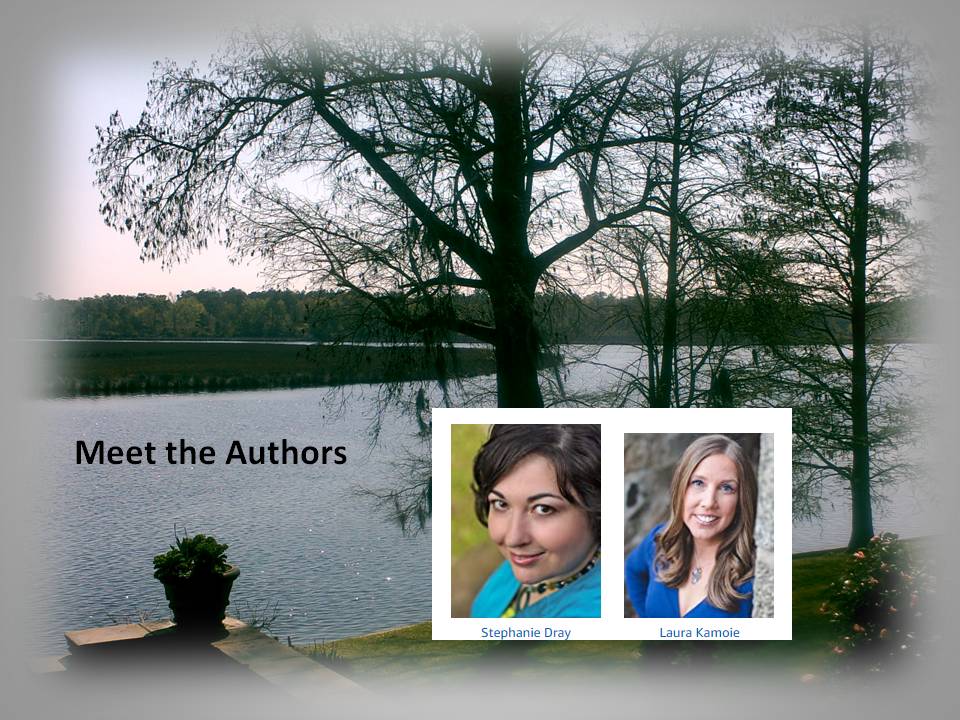 STEPHANIE DRAY is a New York Times, Wall Street Journal & USA Today bestselling author of historical women’s fiction. Her award-winning work has been translated into eight languages and tops lists for the most anticipated reads of the year. She lives near the nation’s capital with her husband, cats, and history books.

About Laura Kamoie
Laura Kamoie is a New York Times, Wall Street Journal, and USA Today bestselling author of historical fiction. Her fascination with the people, stories, and physical presence of the past inspire her writing. That curiosity has led her to a lifetime of historical and archaeological study and training.
Laura holds a doctoral degree in early American history from The College of William and Mary. She published two non-fiction books on early America and most recently held the position of Associate Professor of History at the U.S. Naval Academy before transitioning to a full-time career writing genre fiction.
Laura is also the author of AMERICA’S FIRST DAUGHTER and MY DEAR HAMILTON, co-authored with Stephanie Dray. This partnership allowed her the exciting opportunity to combine her love of history with her passion for storytelling. Laura lives among the colonial charm of Annapolis, Maryland, with her husband and two daughters.