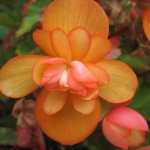 What Questions Do You Have?

A: It was a tough situation for a small child. First of all, I didn’t think anyone would believe me. My father was such an important part of the community that I knew folks would take his side and not mine. I couldn’t talk to Mom because she was gone so much plus she had a very “flighty” personality. (I learned years later that she had Bipolar Disorder) Most importantly, the threat was to “never tell your mother or else!” I honestly believed he would hurt her. In a child’s small mind, I was trying to protect her.

Q: A friend in the Community: How did the abuse stop?

A: The abuse stopped when I was eleven and started having my monthly cycle. I’ll never know for sure, but I can only assume there was a fear of getting me pregnant.

Q: An internet question: How can you be so positive after all that’s happened to you?

A: That’s an easy question to answer. I lived in the depths of depression as a child. I wanted the abuse to end but when it did, I wanted the pain of the memories and the shame to end. I tried unsuccessfully to commit suicide. Then as an adult, I lived in the depths of despair after the car accident. The only thing that saved me both times was the memory of my grandfather’s words. I knew that my life would be forever shattered if I continued to give in to the grief and losses I had suffered in life. I discovered that with “Hope” and a strong belief in my own abilities that life could become incredibly good again. Given a choice, I will always choose Hope!

Q:  From a Publisher: Why did you start writing?

A: I have a story to tell and I pray it will inspire children to have kind hearts and to be proactive enough to seek help if they are being hurt in any way. I created the protagonist Elle Burton to be the child I only wished I could be when I was a child. She has the strength of character to do something about the social injustices she sees in the world around her.

Q: Reader: What are your greatest strengths and weaknesses?

A: Integrity, compassion, dedication are my strengths. I refuse to allow anyone to alter my desire to help those who may have no one to turn to and I will never compromise my principles in order to further my career or make money. When I believe in something, whether it be my marriage or my work, I am dedicated to following through to the best of my abilities. My greatest weakness is also one of my strengths: It is my heart. I am easily distracted from a task if someone is in need. I lose focus of my own responsibilities to those around me when another’s needs become my priority.