An Advocate for the Power of Hope  – Peggy M McAloon, CBF

Hello! My name is Peggy M McAloon. I’m a retired National Account Manager in the field of commercial credit services, author, speaker, watercolor artist, and water conservationist. This is my blog. I live in Wisconsin, have two little rescue dogs (Cosmo and Hailey), and am married to my college sweetheart. I love to cook because I love to eat and I’m a master of multitasking.

At the bottom of the page, you will find a resume very much like any business person displays. It’s clearly accurate, but it’s also filled with holes. Those holes are the story that no one ever wants to share. If I am to be successful in sharing hope with you, you need to come to know who I am.

My childhood started out like most children. I lived in a small farming community with a family who loved me. We attended church every Sunday and events at the church many more times each week. Both my parents worked, so they hired a housekeeper/babysitter who was one of the kindest souls in my world.

Even at an early age, I knew my parents were highly respected business owners. During dinner each night my father talked about the farmers who couldn’t pay their bills because of drought, flood, insect damage, or storms which had destroyed the crops. He bragged to mother about this bank loan he had arranged or that one. He seemed to be able to pull money out of the clouds to support the community and he loved to brag about his exploits at the dinner table.

He also talked about how much money he gave the church. Mom’s sister was the church treasurer, so we knew our contributions were in the top five in the entire community. Again, Father bragged about supporting the church.

My brother and I knew Father ruled with an iron fist. He was quick to anger, cursed like a drunken sailor, and didn’t flinch when he back-handed us for something we did or said that made him angry.

It was still a good life. Mom dressed us well; a bit too fancy for school but we knew Mom wanted us to look good at all times.

I was seven when the abuse started. That’s when I became two different little girls. One worked extremely hard to make top grades and learn how to play the piano and tap dance. The other child cowered in her bed at night when Mother left for choir practice or one of her many organizational meetings. I waited in tears because I knew what was going to happen.

For a lifetime, people have said that I have a Type-A personality. I’m not certain I completely agree with that. One of my favorite ways to relax is to sit by a lake and read. I can read for ten hours straight and be perfectly happy. My goal has never been to become wealthy or famous. I dreamed only of safety, love, and comfort, and those are still my goals in life.

I worked hard for security because as a young mother I knew what it was like to go to bed hungry at night. My children’s father was angry most of the time. His temper caused the kids and me to cower and tip-toe around daily.

We didn’t have much money to begin with, but when the second child was born prematurely, the medical bills nearly destroyed us. Rather than make my husband angry, I would say that I wasn’t hungry and would refuse to eat. That still made him angry. My life felt like I was that abused child again. I learned to tip-toe around life, trying to figure out what I could do to stay out of trouble.

I knew there wasn’t enough to feed all of us, so I went to bed hungry far too many nights. My husband would have insisted on sharing the food if he’d known my real reasons for not eating. He was the primary breadwinner, and I couldn’t take the chance that he would get ill because I wasn’t taking care of his nutritional needs. I lost a few teeth back then as a result of my unorthodox manner of budgeting our food needs.

Things did turn around in life. I started making quite a bit of money selling real estate. We were finally able to put food on the table and start purchasing the kind of toys my husband loved to own (cars mostly). And then it happened. We were involved in a head-on collision that changed my life again.

For years, I was told I would never work again. The specialists urged me to sign up for Social Security Disability Benefits. I couldn’t do it. I worked instead on techniques to retrain my brain to function slightly south of normal and over time it worked.

Here’s the thing: My grandfather taught me never to lose “Hope”. I tell his story of The “I Can” in the book “So What Do You Do?” Vol 2 with Joel Comm.

I’m not anyone special. As a matter of fact, I am fairly average compared to all of you. I am average in every respect but one: I have learned never to give up the vision of “Hope” that my grandfather shared with me. My passion is to believe in myself, and it has saved me more than once. It has given me the power to withstand injustices that no human should ever have to endure.

Hopeful, dedicated, and loving is who I am! It’s what I hope you will come to understand. I hope you demand nothing less for your growth. You Can be anything in this life you want to be as long as you believe in yourself and never give up Hope!

Following is my official biography:

I retired in 2007 from a career as the National Account Manager for Forius Inc. in Minneapolis (a division of the National Association of Credit Management). My customers included some of the largest corporations in the United States headquartered in the Twin Cities. My duties included training, sales, lectures, and secretary to national and local industry credit group meetings.

I achieved The Credit Business FellowSM (CBFSM) Designation, which is an academic and participation-based designation, a confirmation that achievers are knowledgeable about and have contributed to the field of business credit. This certification of completion of college level classes and testing confirms competence in business and credit law, accounting, and business writing.

During that time I wrote a business resource guide for commercial credit managers “The Art of Business Credit Investigation” (Highlighted in Inc. Magazine June 1992 edition Click on the link to the left.)

Between 2007 and 2014 I worked full-time for the protection of ground and surface waters in Wisconsin, attending training sessions, writing articles for newspapers and magazines, establishing training materials for the public, and creating public events to raise awareness on the protection and restoration of our water resources. I was awarded the National DAR Conservation Award in 2013. I was interviewed by the Associated Press, presented information on the dangers of toxic algae, and appeared on numerous television stations during these years.

I have written numerous articles for magazines, newsletters, and newspapers throughout the past 40 years. I also served as Editor of Lake Talk, the newsletter for the Tainter/Menomin Lake Improvement Association for many years.

My first book published in the ’80’s was The Art of Business Credit Investigation. It is now out-of-print.

In May of 2015, I released the first book in the new Elle Burton Series Elle Burton and the Reflective Portals. (Book 1 in the “Lessons from Fiori” series.)

In October of 2015 So, What Do You Do? -Vol2- Discovering the GENIUS Next Door with One Simple Question  released in cooperation with New York Times Best-Selling Author, Joel Comm, and approximately forty other inspirational authors. See Page 23 The “I Can” by Peggy McAloon.

Book 2 in the “Lessons from Fiori” Series Is Released 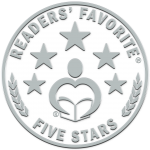 In March of 2016, Missing was released. Missing is the second book in the “Lessons from Fiori” series. This book picks up where the first one ended: With the abduction of Elle’s baby brother, JJ, from the Dunn County Fair.

This book has received a 5-Star rating from Readers’ Favorite Reviews:  “Missing is the second book in the Lessons From Fiori series written by Peggy M. McAloon and Anneka Rogers. Lessons From Fiori is an absolutely engrossing and enchanting read, with believable characters from a different dimension to our own. Mother Blue and the Fiorins were so easy to visualize while reading this magical tale, and it was impossible not to fall in love with them. The sickening threat of having your child kidnapped in a public area is every mother’s worst nightmare. Missing portrays every conceivable emotion in a gut-wrenching scenario that brings people together in strength while uniting unlikely allies.” 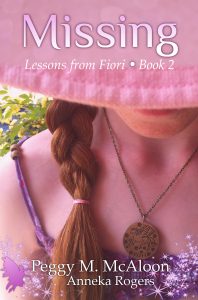 “The concept of ‘human guides’ working with miniature guardian angels to keep our children safe is literary gold. Peggy M. McAloon and Anneka Rogers both show imagination which knows no bounds, to bring a story of ‘fairy tale meets reality’ to the reader. I thoroughly enjoyed the second book from the Lessons From Fiori series and plan to seek out the other titles in the series for my library at home. I recommend this book to all readers 12 years and older who enjoy mystery, drama, and intrigue served up with a huge dollop of fantasy, magic and love.” Reviewed By Rosie Malezer for Readers’ Favorite

I was born and raised in a small farming community in southeastern Iowa. I attended the University of Northern Iowa and Normandale Community and Inver Hills Community Colleges in Minneapolis.  I am/have been a member of DAR, P.E.O., Pi Theta Pi, Lioness Club, Lakeville Chamber of Commerce. I also have worked as a member of the Menomonie Chamber of Commerce through the Tainter/Menomin Lake Improvement Association and Arts Coming Together. I served on the Board of Directors for ProAct in Eagan MN, an organization specializing in work training and opportunities to help and inspire people with disabilities. I am now semi-retired, living in Wisconsin.

My journey through child abuse, verbal abuse, depression, and a debilitating car accident has elevated my desire to help others cope with life’s challenges. 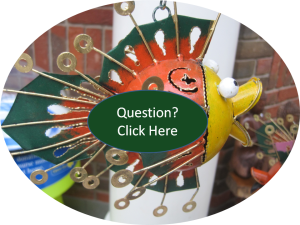