I listened to The Alice Network as an audiobook. I must say the narrator, Saskia Maarleveld, was extraordinary. This historical fiction novel brought me back to our living room in 1955. That was where I listened to my great-uncle share stories of WWI with my father, who fought in WWII.

The story rotates from Eve’s background (1915) of being a spy in the Alice Network in WWI to a young American looking for answers in the wake of WWII. Eve shares her memories of working for a British spy network in German-occupied northern France. The reader is mesmerized by the danger these women faced daily. As Eve works under the code name “Marguerite,” we learn more about the French collaborator who eventually connects the women of two different generations.

Charlotte, known as “Charlie” (1947), has been taken by her mother to Europe to “fix her little problem” before friends and neighbors notice the bump in her belly. But Charlie has other ideas. She wants to find out what happened to her cousin, who disappeared after WWII. Charlie’s half of the story bent more to a modern romance tale. I sometimes found myself aching for the next chapter so I could learn more about Eve.

I highly recommend you choose the audio version of this book. The voices bring the characters and emotions to life in a striking way. What I loved most about this book was Eve’s character. She was the personification of my grandmother struggling to sell homemade fly spray to farmers to feed her children after WWI. Eve showed the courage of my mother’s friend, captured and imprisoned at Auschwitz-Birkenau. She is the woman we all pray we carry in our souls for the rough roads ahead. 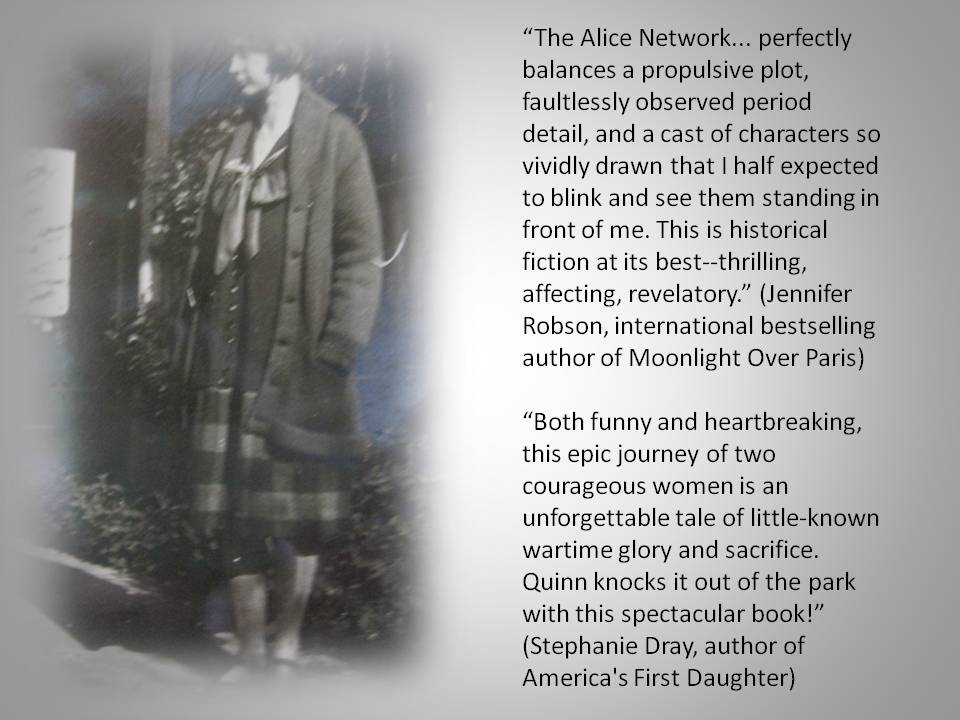 An enthralling new historical fiction novel from national bestselling author Kate Quinn: Two women—a female spy recruited to the real-life Alice Network in France during World War I and an unconventional American socialite searching for her cousin in 1947—are brought together in a mesmerizing story of courage and redemption.

In the chaotic aftermath of World War II, American college girl Charlie St. Clair is pregnant, unmarried, and on the verge of being thrown out of her very proper family. She’s also nursing a desperate hope that her beloved cousin Rose, who disappeared in Nazi-occupied France during the war, might still be alive. So when Charlie’s parents banish her to Europe to have her “little problem” taken care of, Charlie breaks free and heads to London, determined to find out what happened to the cousin she loves like a sister.

A year into the Great War, Eve Gardiner burns to join the fight against the Germans and unexpectedly gets her chance when she’s recruited to work as a spy. Sent into enemy-occupied France, the mesmerizing Lili (the “Queen of Spies”, who manages a vast network of secret agents right under the enemy’s nose) trains her.

Thirty years later, haunted by the betrayal that ultimately tore apart the Alice Network, Eve spends her days drunk and secluded in her crumbling London house. Until a young American woman barges in uttering a name Eve hasn’t heard in decades and launches them both on a mission to find the truth…no matter where it leads.

“Both funny and heartbreaking, this epic journey of two courageous women is an unforgettable tale of little-known wartime glory and sacrifice. Quinn knocks it out of the park with this spectacular book!”—Stephanie Dray, New York Times bestselling author of America’s First Daughter 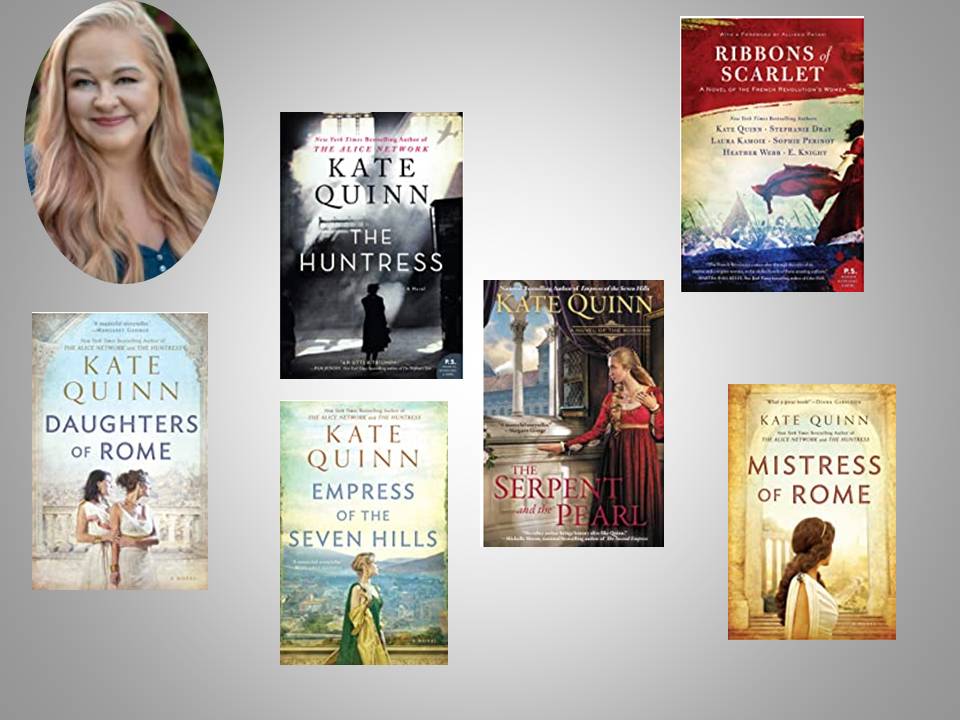 Kate Quinn is the New York Times and the USA Today bestselling author of historical fiction.

A native of southern California, she attended Boston University, where she earned a Bachelor’s and Master’s degree in Classical Voice.

She has written four novels in the Empress of Rome Saga, and two books in the Italian Renaissance, before turning to the 20th century with “The Alice Network” and “The Huntress.” Each has been translated into multiple languages. Kate and her husband now live in San Diego with two rescue dogs, and her interests include opera, action movies, cooking, and the Boston Red Sox.

If you want to visit the heroines of wartime, be sure to read my review of “The Girls of Pearl Harbor.”