Pending Release: “Getting Out Alive” The Noah Messenger Story

Today, I’m featuring “Getting Out Alive” by author Tara Ellis. I love this type of story because of my fight to beat my brain and back injuries. It takes an incredible amount of courage and faith to beat the odds and come out on top.

This new release will be available on October 23rd! 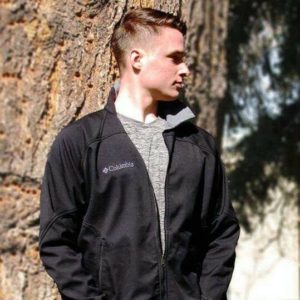 A true story…
A nearly lethal fall from a remote cliff shattered the spine of eighteen-year-old Noah Messenger. Paralyzed and broken in what most would consider a hopeless situation, the next 48 hours would determine whether he’d make it out alive.

This short story is an accurate account of a young man’s will to survive. Using only his arms, he dragged himself across a treacherous, secluded landscape for two days. When most would have given up, Noah persevered.

Find out what it takes to be a survivor. 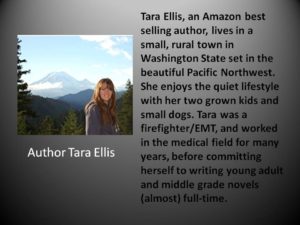 Tara grew up on sci-fi and has since found a love for conspiracy theories. This background, combined with a wild imagination, has led to The Forgotten Origins Trilogy. The first book in the series, Infected, was a finalist in the IAN 2015 Book of the Year Awards, was awarded Honorable Mention in the 2015 Reader’s Favorite Book Awards, and voted as ‘Top 50 Indie Books of 2014’. (readfreely.com)

Also, her on-going middle-grade mystery series, The Samantha Wolf Mysteries, hit the best-seller status on Amazon in the children’s detective story genre several times and continues to grow in popularity.

Tara’s engaging, fun stories herald back to the days of Nancy Drew and Trixie Beldon, and several readers have commented that the series is of the same caliber. These are clean reads that are suitable for the whole family to read together and are also part of the Kindle Unlimited program.

**Check our her new series (The Chris Echo Files) under the pen name of Tara Meyers!

1. How did you end up writing the first book in True Stories of Survival?

Answer: I initially got involved due to a couple of factors:
The plane crash that happened in Getting Out Alive: The Autumn Veatch Story, occurred less than two hours from my home in an area I was familiar with. I was following the heartbreaking story because of that and the fact that the missing girl was the same age as my daughter, and lived in a nearby town. Somehow, I knew she was alive. I almost went and helped look for her, but had to work. When she walked out of the woods, I immediately wanted to interview her for the local online news page where I contribute. The owner of that site set it up for me. After talking to Autumn for three hours, I knew I had to do more than a simple article, so I wrote it as a short story. Everything went from there, and I am still in contact with Autumn and her father!

2. Have you always known you wanted to be a writer?

Answer: Absolutely! Well, if you consider six years old as always. It was my dream since I was old enough to read. While I stopped writing for nearly 20 years, once I started again, there’s no stopping me!

3. How do you design your covers?

Answer: After struggling with cover designs for over two years, I finally wised up and found a good cover artist! But, I will admit that mine aren’t that typical. I’m also a photographer, so I usually use models to get the exact poses I want, and then my designer does her photoshop magic with them! On my latest book, Getting Out Alive: The Noah Messenger Story, that’s my son on the cover! Noah agreed that he even looked like him.
Thank you for joining us here today, Tara. I’m looking forward to reading this one!
Readers, be sure to visit Tara’s Author Page on Amazon for more exciting reads from this author.

You Can Find Tara Here: