November Gratitude for the Men Who Mattered Most in Life

During the month of November, gratitude is something we all embrace for at least one day near the end of the month. Looking back at my life, I can honestly say that I always had men who mattered in my life. These were the exceptional men who inspired me to be my best and to never give up. In a world where profit appears to be the new King, and respect is something you wipe your feet on when you open the door, we need to bring back November gratitude more than ever before.

I loved Thanksgiving on the farm. Two of the men who inspired me always presided over the big dinner. The prayer included everything and everyone who brought us joy in the previous year. There was no cursing allowed at the farm, and the smell of the turkey and trimmings coming from Aunt Memi’s kitchen were enough to make Grandma Burton fairly swoon in delight.

Thomas Raymond Burton grew up in Missouri. He moved to Washington, Iowa with his wife and two daughters during the depression to run a restaurant. Eventually, they would move to Ottumwa, Iowa where he was a government meat inspector at the Morrell Meat Packing Plant.

Grandpa Burton was a quiet man. He never said much, but when he opened his mouth everyone listened.

I remember the times the Meat Packer’s Union went on strike when I was little. With tears in his eyes, Grandpa stated, “Don’t those poor boys know that no matter how much their wages are raised it will never make up for the weeks they sat at home not working?” (Grandpa wasn’t part of the union, so during a strike he received no pay either.

When they finally caught the Boston Strangler, Grandpa shook his head sadly, “Something terrible must have happened to that poor boy to have made him do the things he did.”

Grandpa always left the room when the new bra commercials appeared on the television screen.

He was the only person in my life who tried to explain how girls needed to be aware of the tricks boys can play. He especially warned me to never accept any kind of drink from a boy.

I named my first-born son after this man.

I loved going out to the farm! The big German Shepherd, Prince, was my constant side-kick. It was incredible to be able to ride on the tractor, help feed the pigs and cows and wander out to the garden to pick whatever I wanted on the table for dinner.

Uncle Bill married my mom’s sister. The two of them never had children. After he was gone, my aunt told me he kept a picture of me on their dresser and each night before they went to bed he’d walk over and touch the photograph. “Our little angel.” These were the words he said at the end of each day.

He was a man that everyone in town loved and respected. In addition, he worked tirelessly for the church. I cried when they sold the farm and moved to town. It was one of the few places I knew I could go and be safe as a child. He inspired me each and every day to be good and to do my best always. I named my second child after this man. He was the first person I ever told about my abuse. It was in the months leading up to the Miss Iowa Pageant. I’d never seen him weep before. 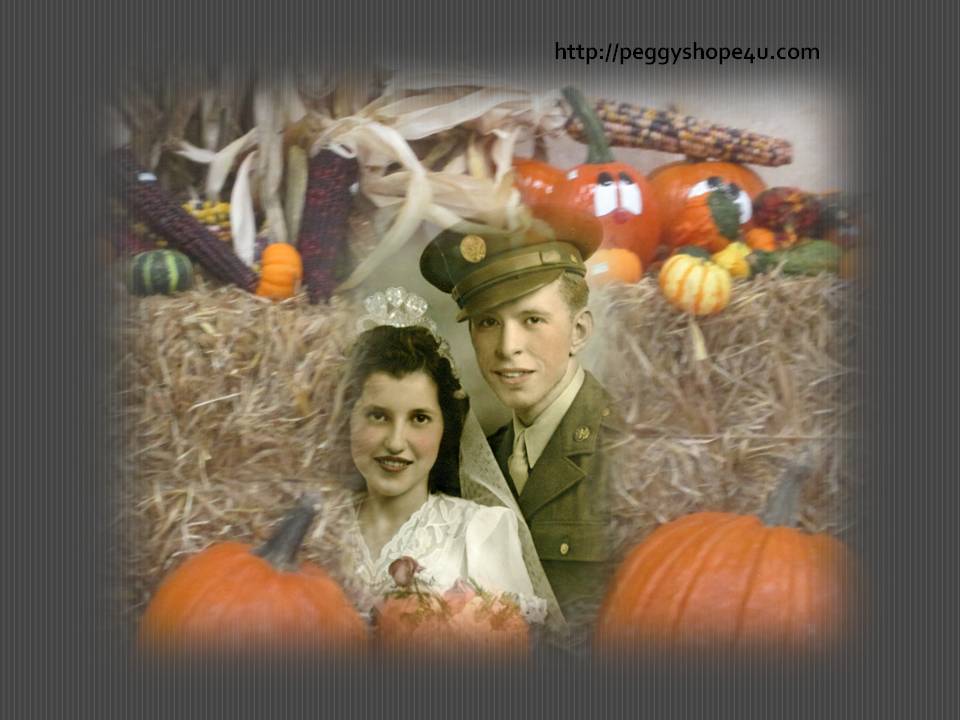 Uncle F.A. was the laughter in our lives. A devoted husband, Arthur Murray dance instructor, and furniture store owner, he taught me what a man who cherished his wife truly looked like.

From his book “Background Music” published by Lulu:

This much I can tell you, without going into a lot of details about what is a very private time in a couple’s life. We had both saved ourselves for this special consummation of our marriage. From that night on, we have both felt that our innocence was the very foundation of our most fulfilling life together. When we see how lightly the young folks of today take virginity, and then see the divorce rate of fifty percent, one things seems to almost guarantee the other.

Uncle F. A. was the third man in my life who was the polar opposite of my father. I am forever grateful to these angels who taught a girl what a real man looks like. His was a story of love. Delores was without dispute the most important thing in his life.

My husband is and always will be a Hawkeye fan. We met at the University of Northern Iowa near Waterloo. He is a man who respects the principles this country stands for. He was a business person and is a father who cherishes his children and grandchildren.

This is the man who woke up multiple times after my hip replacement to make certain the pillow was positioned properly between my knees and I was not in pain. He’s the man who made it possible for me to retire early and pursue the art and writing I’d always dreamed of doing. He’s the man who fulfilled my dreams of walking the path of my ancestors and discovering the treasures of Italy.

For the first time in my life, I understand what it means to be with a man who treasures and protects me. This is what every woman deserves.

These two men have been my inspiration for the majority of my life. I would do anything to protect them and to make sure their lives overflow with happiness and success.

I wasn’t permissive with these two when they were young. They understood if they messed up, they’d pay the price. I made it perfectly clear I wouldn’t ever bail them out if they were arrested for drinking and driving.

They worked hard for their good grades and rarely disappointed me.

These two have given me more joy in life than I ever dreamed was possible. I taught them to respect women, to keep a house clean and to respect their possessions. They learned how to cook a healthy meal. There were no excuses for shabby work and I expected them to learn how to earn an honorable wage.

In return, they have honored me at every stage in life by living a life of faith and respect. Grandpa Burton, Uncle Bill, and Uncle F. A. would be so very proud of them today.

My hope for each of you this November, is that you remember those you are most grateful to for being a part of your life. Each of us can find the demons lurking in the closet if we look. It’s time we stop looking back at the ugliness we met along the way and find a blessing in the strength those encounters gave us. There are so many benefits to feeling gratitude. It’s time to focus on the positive instead of the negative.