I’ve met far too many people in this life who’ve refused to acknowledge they fear anything.

It’s difficult for me to believe there are people don’t experience fear in their everyday lives.

Have you had one of those “fight or flight” experiences recently? I did when some idiot blasted across three lanes of traffic on the freeway over in the Twin Cities recently to take an exit at the last minute. He missed clipping my fender by only inches. It took five minutes before I could get my heart rate back to normal.

During that split second when he started his movement across the front of my car, I experienced that ‘deer in the headlights’ moment of sudden paralysis. Could it have been more than a couple of seconds before my foot hit the brake pedal to avoid the collision?  We could have both been killed in the split second of fear that momentarily paralyzed me.

Why Do We Experience Fear

The ‘Fight or Flight’ instinct has been part of the human psyche since we started walking upright. It’s what protected us for centuries from those who would cause us harm.

I’ve met those who pretend to fear nothing. I consider them fools. All of us have weaknesses which can be the end of us if we don’t learn what we can control and what we can’t. Believe me, if the guy with the rifle hadn’t been with me in the woods in Alaska when we came across the wet grizzly prints, I would definitely have taken ‘flight.’

Some say we aren’t born with fear, we learn to experience it. Does it really matter? Fear isn’t necessarily a bad thing if a twelve-hundred-pound grizzly happens to show up in the neighborhood I’m in.

Fear can be paralyzing to those who experience it. 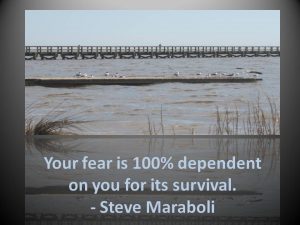 The problem is, some of us allow fear to control every aspect of our lives. My aunt was afraid of something every day of her life. I called to check on her daily after her husband died and her terrors never changed. Her list became longer with each passing year. She couldn’t enjoy her life because each day was filled with the fear of the unknown.

Fear is the tool used by men and women who abuse their spouses or children. It’s difficult for anyone to break free of the control these people gain through conditioning us to be afraid.

How do we move from fear to hope?

Sometimes it’s as simple as learning to confront our fears and move on, or to act in spite of our fears and tell someone in authority what’s happening to us.

What I learned after the car wreck in ’79 was that I had no one to depend on but myself. The doctors held no hope. My ex-husband was always angry because my stream of income was gone. My employer decided to find someone else to sell the business to, the business I had worked so hard for and planned to own myself.

For awhile, I crawled up inside myself and mourned the loss of more things than I care to discuss here. I gave up. I was so afraid of what tomorrow might bring that I could barely function.

That anxiety continued until the day I found Grandpa Burton’s promise from childhood that I could accomplish anything in life I wanted, as long as I believed in myself. 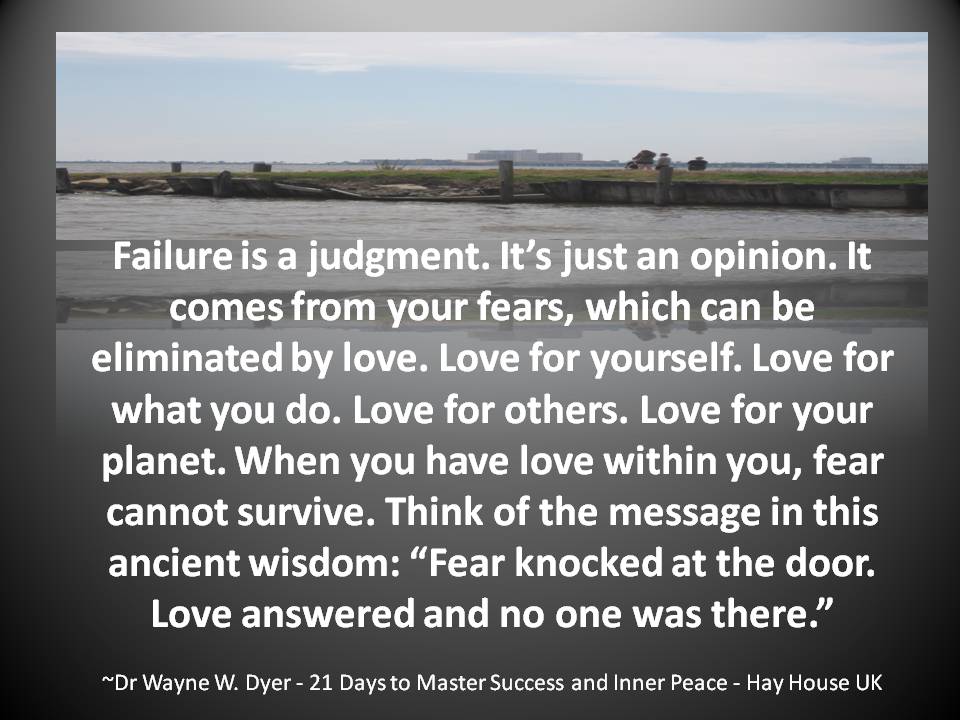 What do you do when your child is afraid of something? Do you pick them up and hold them, reassuring them that you will be there and nothing will be allowed to hurt them?

If you feel like my aunt, you may be experiencing an anxiety disorder. This is fairly common. People can be tricked into feeling fear in the absence of any definitive danger. Because the car accident happened to be on a blustery day where the snow was blowing across the highway and the truck didn’t see our car, I still have panic attacks on snowy days. I understand the reason behind my fear and I manage it. Typically I remove the fear by staying off the roads, especially on the day of the first snowfall of the season.

By avoiding the fear and finding something else to do, I reduce the ability of my body’s defense system to further ingrain that fear into my psyche. I simply refuse to allow that fear to exist. I understand that one fear may never go away. 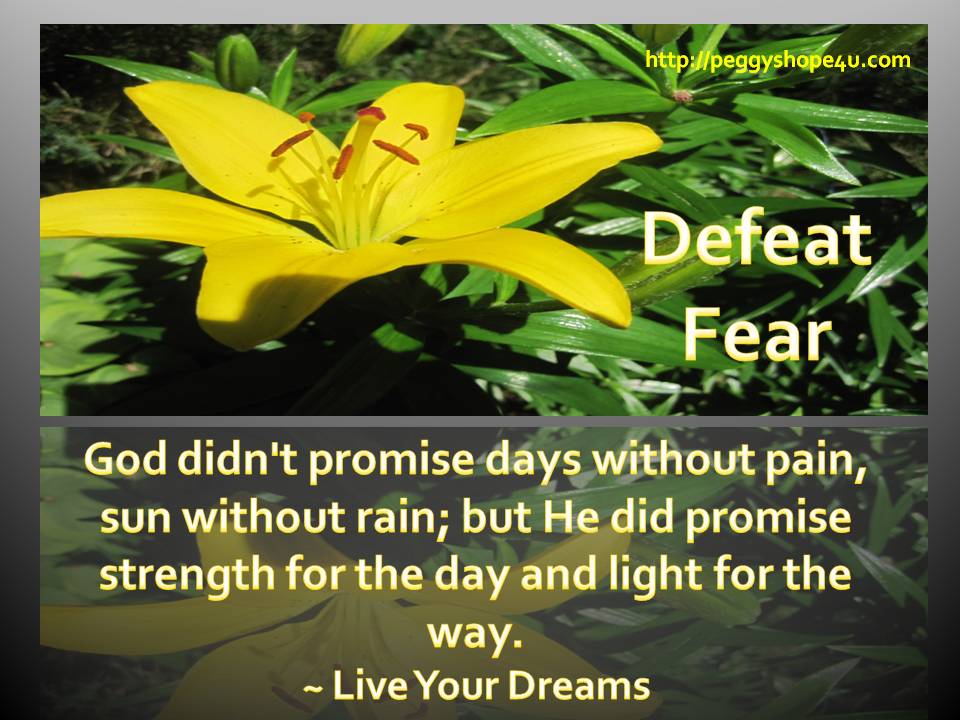 There are numerous types of anxiety disorders:

If you’re experiencing crippling fear about anything, you need to find someone to help you work through the fear or escape from it.

After the car accident, I learned how to do relaxation and biofeedback exercises which allowed me to control the fears. It’s not that difficult to find solutions that don’t include debilitating drugs.

Live your dreams and don’t allow fear to control your life any longer!

What are some of the techniques you use to fight feelings of fear? Use the comments below and share your fear management techniques.