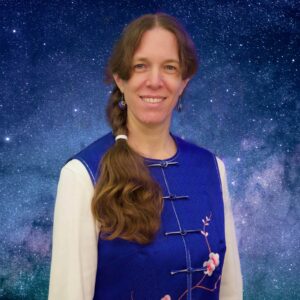 Today, I’m featuring one of my favorite fantasy authors.

Annie Douglass Lima spent most of her childhood in Kenya and later graduated from Biola University in Southern California. She and her husband Floyd now live in Taiwan, where she formerly taught fifth grade at Morrison Academy.

Annie has been writing poetry, short stories, and novels since her childhood. To date, she has published numerous books. (You can discover her works in YA action and adventure, fantasies, a puppet script, and anthologies of her students’ poetry).

Besides writing, her hobbies include reading (especially fantasy and science fiction), scrapbooking, and international travel. Her new audiobook release, “The Student & The Slave” will touch your heart. It will also bring a new understanding of what the human costs of slavery are.

This series is composed of three books in the young adult action and adventure genre. The first two books were The Collar and the Cavvarach and The Gladiator and the Guard.

The series is set in an alternate world that is very much like our own, with just a few major differences.
Slavery is legal in this new world.  Slaves must wear metal collars that lock around their necks. The collars make their enslaved status obvious to everyone who sees them.
Another difference is the popularity of a martial art called cavvara shil.  It is fought with a cavvarach (rhymes with “have a rack”), a weapon similar to a sword but with a steel hook protruding from partway down its top edge. Competitors can strike at each other with their feet as well as with their blades.  You win in one of two ways: disarming your opponent (hooking or knocking their cavvarach out of their hands) or pinning their shoulders to the mat for five seconds.
First, a Little Information about Books 1 and 2:

Book 1: The Collar and the Cavvarach 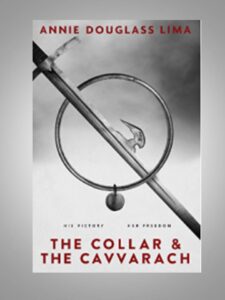 Bensin, a teenage slave and martial artist, is desperate to see his little sister freed. But only victory in the Krillonian Empire’s most prestigious tournament will allow him to secretly arrange for Ellie’s escape. Dangerous people are closing in on her. Now, Bensin is running out of time. With his one hope fading quickly away, how can Bensin save Ellie from a life of slavery and abuse?

Book 2: The Gladiator and the Guard 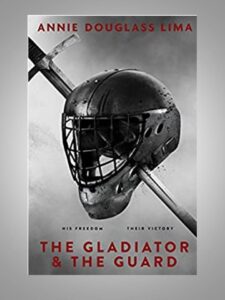 Bensin, a teenage slave and martial artist, is just one victory away from freedom.

But after he is accused of a crime he didn’t commit, he is condemned to the violent life and early death of a gladiator.

While his loved ones seek desperately a way to rescue him, Bensin struggles to stay alive. He struggles to forge an identity in an environment designed to strip it from him.

When he infuriates the authorities with his choices, he knows he is running out of time. Can he stand against the cruelty of the arena system and seize his freedom before that system crushes him?

Click here to read about life in the arena where Bensin and other gladiators are forced to live and train.

Book 3: The Student & The Slave-Now Available as an Audiobook! 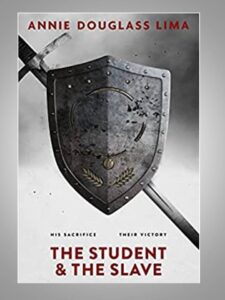 Is this what freedom is supposed to be like? Desperate to provide for himself and his sister Ellie, Bensin searches fruitlessly for work like all the other former slaves in Tarnestra. He needs the money for an even more important purpose, though: to rescue Coach Steene, who sacrificed himself for Bensin’s freedom. When members of two rival street gangs express interest in Bensin’s martial arts skills, he realizes he may have a chance to save his father figure after all. But, it may cost him more than he’s willing to give.

Meanwhile, Coach Steene struggles with his new life of slavery in far-away Neliria. Raymond, his young owner, seizes any opportunity to make his life miserable. But while Steene longs to escape and rejoin Bensin and Ellie, he starts to realize that Raymond needs him too. His choices will affect not only his own future but that of everyone he cares about. Can he make the right ones … and live with the consequences?

In this excerpt from “The Student & The Slave,” the newly-enslaved Steene meets the young athlete he has been given to as a birthday gift – and earns the anger of the man who paid for him.

At last, Raymond reached the end of his stack of presents. “Thanks, everyone. These are awesome! Now, who wants to come on up to the home theater with me and play one of my new games before dinner?”

His guests clamored their approval of this idea. But Mr. Silvestran, who had been standing nearby, stepped over and stopped him with a hand on his shoulder. “Just a moment. You haven’t seen my present yet.” He glanced toward the door and jerked his chin in Steene’s direction.

Still feeling silly, Steene straightened his posture, trying to ignore the way his incision wound throbbed in response. He stepped through the doorway and marched grandly toward the group. Kids parted to let him through, appreciative “wow”s following him across the deck. Stopping a safe distance away from Raymond, Steene twirled the cavvarach dramatically, never mind that he must look stupid since no one ever did that in his martial art. But Mr. Silvestran had been explicit about that detail, too.

Raymond’s mouth fell open. “You’re kidding. Really? Really? A slave of my own?” Darting forward, he reached up to seize Steene’s collar and peer at the tag. “Oh my gosh, I can’t believe it! Finally! Finally, I get my own slave! Thank you so much, Uncle Samuel!” He threw his arms around his godfather.

The Student & The Slave – A Gift

The man hugged him back, beaming like a proud uncle. “You’re welcome. And this isn’t just any slave, as you can see. He’s a cavvara shil coach, and quite a good one, too. Lots of his students have placed in important tournaments, and —” He paused for dramatic effect and to make sure he had his godson’s full attention. “And, one of his students won first place for his age group in the Grand Imperial Cavvara Shil Tourney in Jarreon a few years ago.”

Raymond’s eyes widened. “Are you serious? First place in the Grand Imperial?” He stared up at Steene, awe in his expression. Swallowing his annoyance at the way the boy had grabbed his collar, Steene smiled modestly back at him.

The kid who must be Toby said turned to his older brother. “Aren’t you going to give him an order? Make him do something!”

“Good idea.” Raymond grinned up at Steene again.“Hmm, what shall I tell you to do?”

Steene was irritated at the way they kept talking about him as though he were some inanimate object. “I’m your coach, kid. I’m going to be the one telling you what to do.”

There were gasps from the assembled guests, and an “Ooh!” went up. Raymond’s excited grin dissolved into a look of surprise and then anger, and his face turned red.

Steene had an uncomfortable feeling that might not have been the smartest thing to say. One glance at Mr. Silvestran confirmed it. From behind his godson’s back, the man glared at him with a cold fury that made Steene wonder just how far he would go to fulfill his earlier threat.

But the man was all apologetic smiles when Raymond turned to him as though for suggestions on how to deal with this problem. “He’s a green slave, unfortunately. He doesn’t mean to be disrespectful, but he still needs to learn the ropes. You’ll have to train him. He’s the best at what he does, though, so it’ll be worth it. You’ll see.”

I’m the one who will do the training. But Steene knew better than to say anything this time. He pressed his lips together and kept quiet as his young owner’s friends exclaimed over the new slave’s bad manners.

He chose not to look at Mr. Silvestran again, but out of the corner of his eye, he could still see the warning in the man’s gaze.

The Student & The Slave—Review by Peggy M. McAloon

It has been several years since I read the entire Krillonian Chronicles series by Annie Douglass Lima. The Student and the Slave was the third book in this engaging martial arts series and is now available as an audiobook. The entire series was so good, that I immediately knew I wanted to listen to this final book in the series on Audible. I had credit available and gladly used it to revisit the series I’d fallen in love with earlier.

The narrator, Joseph Baltz, has done an incredible job of bringing this book to life. I can’t imagine watching an award-winning movie could be any more exciting than Mr. Baltz’s characterization of this book. His inflections describing Steene’s spoiled new owner, Raymond, couldn’t have been more perfect.

A Book Everyone Will Enjoy

Don’t get intimidated by the term “martial arts.” Although that art is part of this series, the true story is about the sorrows and challenges of enslavement. It also includes the actions of the freemen who can either make life tolerable or miserable. Coach Steene was slave Bensin’s martial arts teacher and so much more. He became an incredible father figure to Bensin and his little sister Ellie. The price Coach Steene paid for helping transport Bensin and Ellie to freedom in the Tamestran Province was his own enslavement.

The book follows Bensin as he adjusts to freedom. Sadly, there are new challenges as well. Benson’s life gets increasingly complicated as he tries to find gainful employment. The ever-present gangs (The Silverheads and the Corner Creepers) have plans for him in their battle for turf. What Bensin knows for sure, is that Coach gave up far too much for him to become a prisoner of The Watch again.

The book deals brilliantly with the themes of alienation, coming of age, courage, good versus evil, love, heroism, and reunion. Honestly, you will never look at slavery the same again. The story is a perfect escape for middle-grade students and up. The Student & The Slave is a good stand-alone, but I highly recommend you read all the books in the Krillonian Chronicles.

Annie invites you to visit

and learn more about her incredible fantasies: