I never grew up, and still love fantasy and worlds where princes and princesses save the day and create a perfect realm. Well, it’s not always that perfect, but you know what I mean. The little child who dwells within all of us longs for another great book.  We look for a book to whisk us away into the kind of world we’ve dreamed of visiting. Annie Douglass Lima’s books have entertained and delighted me for hours, and I can’t wait to share her work with you!

The memory of meeting Annie through a group on Facebook is still very clear. Clean Indie Reads, founded by Lia London, promotes books by authors who uphold standards that do not include explicit material. It’s been a joy discovering books by these gifted writers and the adventures I experience through them are remarkable. Annie Douglass Lima is also one of those Clean Indie Reads authors.

Prince of Malorn is the first book I read by Annie. It’s part of a trilogy about seventeen-year-old Prince Korram and the throne that’s his birthright. A major obstacle stands between the prince and that destiny: Regent Rampus. Regent Rampus is a temporary ruler of Malorn with no intention of allowing the prince to come of age and claim the throne.

The story drags us to the Impassable Mountains where one segment of Malornian society escaped control by Rampus. People who live there are hunters and gatherers who have never experienced battle with a trained military.

There are two other books in the Annals of Alasia series: Prince of Alasia and In the Enemy’s Service.  The three books have overlapping time frames. Each describes the same political event: the invasion of the kingdom of Alasia by the forces of Malorn. Prince of Alasia begins on the night of the Invasion and describes what happens to twelve-year-old Prince Jaymin after he is forced to flee for his life. In the Enemy’s Service tells the story of those who were not able to escape from the Alasian Palace when the enemy invades.

Annie Douglass Lima wrote the Trilogy so you can read the books in any order. Each is a perfect stand-alone. The different perspectives on the same events and characters provide a richer reading experience for everyone.

Other titles by Annie include two action and adventure novels, The Collar & the Cavvarach and The Gladiator & the Guard. She also wrote a puppet script called Squawky Learns About Love, edited five anthologies of student poetry, and published an adult coloring book entitled Hide it In Your Heart. 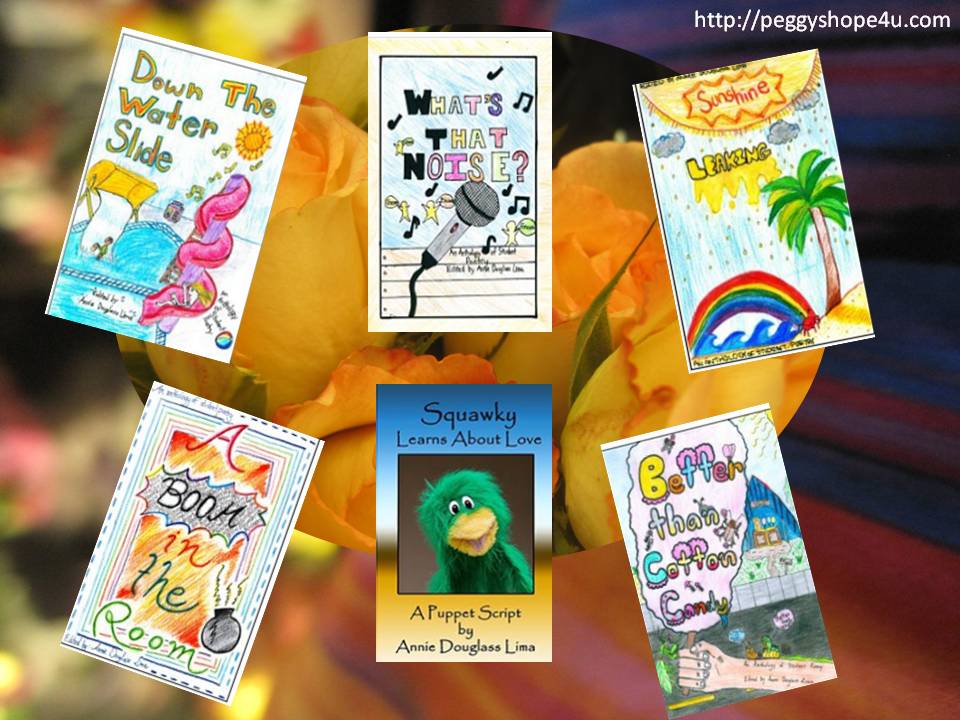 You grew up in Kenya. Has that influenced your writing career?

Only indirectly.  Spending time as a foreigner in an unfamiliar culture inspired some of the interpersonal and intercultural struggles the characters in my Annals of Alasia series have had to face.  (And by “foreigner” I mean the way I thought of myself when my family visited America.  As a child, I considered myself Kenyan and was much more at home there than in the U.S.!)

Being a teacher in Taiwan, how do the fifth graders at Morrison Academy impact your writing?

Every year I read at least one of my books to my class.  Often it’s a manuscript I’ve not yet published, and my students’ feedback helps me see what works and what doesn’t and if there’s anything I need to change.  It’s very helpful!  Also, I’ve started publishing an anthology of my students’ poetry every year, which has been an inspiring experience for them and their families.

I loved Prince of Malorn, Prince of Alasia and In the Enemy’s Service. Is it true you have another book in the works to add to the story? Please share a little of that with us here.

I’m working on a fourth book in the series, tentatively titled King of Malorn.  It takes place five years after the events in the original trilogy. I wrote the first draft years ago, but I’ve grown as a writer since then, and now I can see that there are things in the story I need to improve before publication. Hopefully, it will be ready to publish before the end of this school year. I also have a little book full of “interviews” that I’ve conducted with the characters in the first three books. They’re a fun way for readers to get to know the characters better and learn surprising, revealing, and humorous facts about their backgrounds and personal lives. Take a look at the very bottom of this interview to see how you can receive a free copy of Annals of Alasia: The Collected Interviews!

You and your husband, Floyd, love to travel. Are there places you’ve visited that permeate your writing?

Some aspects of Taiwanese culture, which has been a part of my life for nearly nine years now, have managed to work their way into my two most recent novels (The Collar & the Cavvarach and The Gladiator & the Guard).  Though set in the imaginary Krillonian Empire, these books involve characters who receive award money in red envelopes, chew betel nut as a legal drug, and celebrate New Year as their most important holiday, to name a few examples.

Fantasy and Science Fiction are huge categories in the book world. What do you recommend would-be authors do if they want to break into this genre?

Write an awesome book, give it a catchy title, and secure a stunning cover made by a professional.  Even then, it will probably never sell as well as the latest romance novel.  Sorry!

Also, Can you tell us a little about The Collar & the Cavvarach and The Gladiator & the Guard?

The story takes place in a world almost exactly like our own.  Although most aspects of the culture are just about what they are currently on Earth, a few sports are different, such as the martial art known as cavvara shil.  The main difference, however, is that slavery is legal there. To read more about the culture of the Krillonian Empire, take a look at this post on my blog.

Here’s the back-cover blurb for The Collar and the Cavvarach:

Bensin, a teenage slave, and martial artist, is desperate to see his little sister freed. But only a victory in the Krillonian Empire’s most prestigious tournament will allow him to arrange secretly for Ellie’s escape. Dangerous people are closing in on her, however, and Bensin is running out of time.  With his one hope fading quickly away, how can Bensin save Ellie from a life of slavery and abuse?

And the blurb for The Gladiator and the Guard:

Bensin, a teenage slave plus martial artist, is just one victory away from freedom. But after they accuse him of a crime he didn’t commit; they condemn him to the violent life and early death of a gladiator.

While his loved ones seek desperately for a way to rescue him, Bensin struggles to stay alive and forge an identity in an environment designed to strip it from him. When he infuriates the authorities with his choices, he knows he is running out of time. Can he stand against the cruelty of the arena system and seize his freedom before that system crushes him?

Outside your writing, which authors have touched you most deeply?

Anne Elisabeth Stengl is currently my favorite.  Her YA series The Tales of Goldstone Wood is not only incredibly well-written fantasy, but it is also thought-provoking and makes me take a second look at my life and world.

I can’t tell you how impressed I am that you have engaged your students in your love of writing by including their work in anthologies with the proceeds donated to charity. Can you tell us a little about those projects?

I collect the best poem(s) that each student writes over the course of our poetry unit, and then I compile them into an anthology, which I publish on Kindle. The kids get excited about the project every year! One of them creates the cover (whoever wants to can design one, and the class votes on their favorite). It’s become customary to let the students pick a charity or nonprofit organization to which we’ll donate all proceeds.

How is your life enriched through writing?

Writing gives me an outlet for my creativity that I don’t have anywhere else.  There’s nothing quite like the satisfaction of seeing characters who are real in my mind become real to readers through the printed (or digital) page.  And I enjoy some of the opportunities my writing has given me to connect with others: leading novel-planning workshops for students, visiting a university class as a guest author, and being part of several wonderfully supportive online communities of other writers, including Clean Indie Reads.

CreateSpace Discount code for 15% off: JZBVVBH8

Thank you, Annie Douglass Lima, for allowing me to interview you.

Take my word for it; Annie’s an author you want to add immediately to your “Must Read” fantasy list. She’s 5-Star!

“It’s been my pleasure! Thank you so much for your kind words and support!” Annie Douglass Lima

Annie invites you to visit her and learn more about her incredible fantasies: