Medicare for All is controversial. What’s your position?

Everyone seems to have a position on Medicare for All. Very few of us are insurance experts, so the answer to the question doesn’t seem to be fair to me. All I know is that I’ve had successes and monumental failures when it comes to health insurance. Because of those experiences, I believe we all need to take a deep breath and learn how to research whatever it is we’re looking for in insurance coverage.

Let me back up a little bit.

Medicare for All Wasn’t an Option (It still isn’t)

We were starting to pay off all the medical bills for our youngest son (A preemie) in 1980.

At the same time, the medical bills for the car wreck were beginning to mount. I couldn’t maintain many hours per day on the job and money was scarce.

My employer decided to change insurance companies. At the time, I was unable to work full-time, but I was on the job for roughly thirty-two hours per week. That allowed me to use the company’s insurance, but as a newer employee, I didn’t have any voice in the changes.

The thing that bothered me the most was the fact that we’d have to switch doctors. Only one medical facility in Apple Valley accepted our new insurance. I cried when I told my husband about the changes. At the time, I had no idea my oldest son overheard that conversation.

Several months later, our eldest started running a high fever. I called the new medical team, and they told me I could bring my son that afternoon.

The kid’s eyes were huge when we walked in the door. The medical facility was something new for the boys. We’d never been here before. Like most kids, they were frightened of the unknown.

They ushered us into an examination room.

When the door finally opened, a woman walked in.

She introduced herself as a physician’s assistant. I’d never heard the phrase before, but I smiled in acknowledgment as I described my son’s symptoms.

The PA listened to my son’s chest. She checked his ears, nose, and throat.

Tom’s face reflected curiosity as she ran through some cursory checks.

She announced to us that she would be right back. She needed to get a strep test and her prescription pad to write out a script for some penicillin. She got up and left the room.

Tom turned to me. “Mom, I want to go to my real doctors.”

“Honey, we don’t have a choice here. These are our new doctors because of the insurance we have.” I said.

“I don’t want to stay here. She didn’t have you fill out any papers about me when we came in. I’ve never been here before, and they should have asked lots of questions. They didn’t even ask if I was allergic to penicillin. Grandma’s allergic to it! I want to go back to see my ‘real’ doctor.” He shook as he looked at me. His eyes pleaded with me to be sensible.

When did the children become smarter than the parents?

We’d had our records transferred over from our regular physician, but the woman never once referred to any notes.

The choice was clear as a parent: I needed to assure my son that his well-being was my primary objective.

I stood up, took the boys by the hand, and walked out. We got in the car and drove over to the medical facility where the boys and I felt safe.

This decision would cost me a great deal over the coming years until I found another job with better benefits and insurance.

The lesson I taught my children is that a parent will walk through fire if that’s what it takes to protect their children. 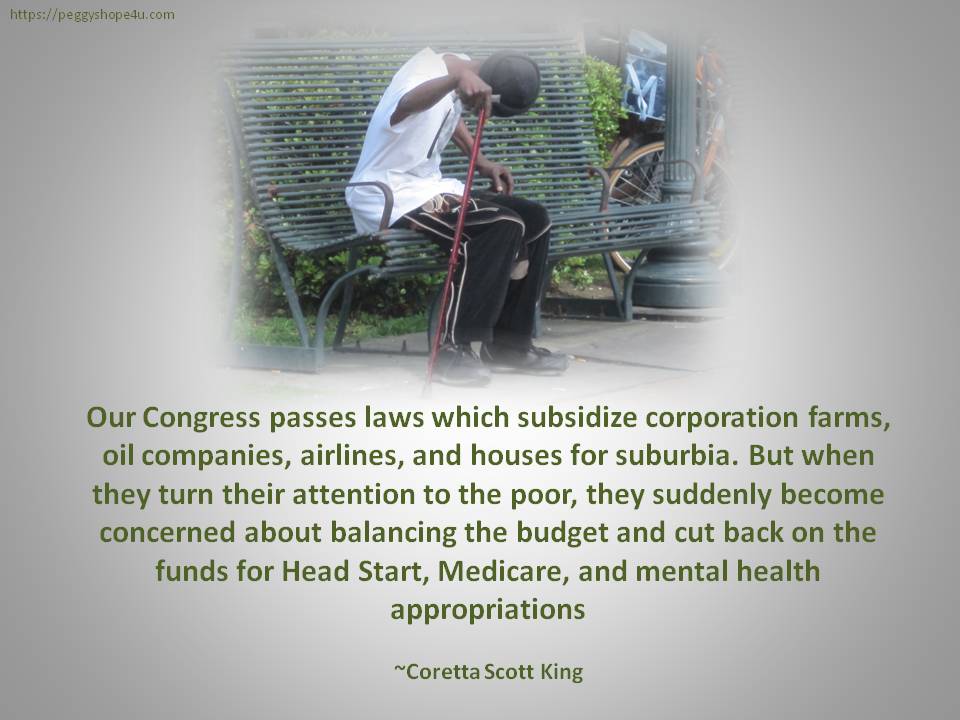 I have no idea.

I have a friend who just found out her husband has a few months to live. Cancer has spread through his body.

I’ve been trying to help her develop checklists and find resources.

What I learned today through my research is that Medicare places some limitations on Hospice care:

Medicare provides care for two 90-day periods in hospice, followed by an unlimited number of 60-day periods. At the start of each period of care, a doctor must re-certify that the patient has six months or less to live. I’m not sure how to ensure that the re-certification takes place within Medicare’s boundaries, but it’s something we need to figure out, sooner rather than later.

I’m using this as an example because I want you to understand that whatever direction this country takes on healthcare, we need to do our research. We can’t afford to blindly announce that Medicare for All is the solution for everyone.

I like the insurance we’re on right now through my husband’s employer. I wouldn’t want my care level to change.

Who Gets to Make the Rules?

Let’s face the realities of life in the United States today.

I will never have the resources available to Bill Gates, Warren Buffett, or David Koch.

I shouldn’t need them to accomplish what this country promised: Life, Liberty, and the Pursuit of Happiness.

I also understand that life’s not perfect.

It has never been.

We need a beginning point so we can begin working on a healthcare solution which will work best for every American.

That may be a tiered plan.

Medicare may not be the best choice for an eight-year-old.

However, it’s not a bad choice for a seventy-two-year-old.

Whatever the decision is.

And, whatever the resolution encompasses.

We can not take the word of career politicians.

The first step has to be in educating ourselves to the needs of our citizens, and the options we may later decide are non-negotiable.

A Major Drawback to Medicare for All

I discovered something when I retired and registered for Medicare.

I called to set up an appointment for my annual physical. At that time, I reminded the nurse that my coverage had changed. She wrote down the change to Medicare and my Supplemental Insurance Policy.

When I went in for my appointment, I expected to have the standard battery of tests run.

We’d done this every year since I was first married.

That’s when my doctor informed me that my annual physical was now called an “Annual Wellness Visit.”

She told me that during an annual wellness visit, she was not allowed to touch me or run any tests. We were there to talk about my medical plan only.

I was furious when I returned home.

What were they thinking to cancel the routine lab work involved in a standard physical?

Didn’t they understand that serious illnesses (like kidney stones) can be picked up during routine urine tests?

So in closing, I urge you to become involved in understanding all the ramifications of whatever your choice will be.

You can’t afford to go into this decision without all the facts.

YOU are the hope of this county.