Thomas Wildus Will Live in Your Child’s Imagination

Long After They Close the Book

I chose this book for my granddaughter for her birthday. Why?  Because it will keep her glued to the pages long beyond bedtime. Thomas Wildus is a believable character who can’t seem to stop himself when it comes to cutting up in class and exploring the world of magic.

“…will instantly draw in any reader who has secretly (or not so secretly) wished for a little more wonder in their world. Parallels will, of course, be drawn to the Harry Potter series–and rightfully so–but this book also shares much in common with Madeleine L’Engle’s A Wrinkle in Time.” – 5 Stars, Red City Review

‘Magic is real, Thomas. No matter what happens, always remember that magic is real.’

Seven years have passed, and Thomas hasn’t forgotten. He hasn’t forgotten the blue of his dad’s eyes either, or the tickle of beard on his cheek as they hugged goodbye. Last moments with a parent are memorable, even if you don’t know that’s what you’re having.

Now, with his 13th birthday rapidly approaching, Thomas’s search for magic is about to take a radical and unexpected turn. At an out-of-the-way shop filled with dusty leather books, a strange little man with gold-flecked eyes offers him an ancient text called The Book of Sorrows. The price is high, and the rules are strict, but there’s no way Thomas can resist the chance to look inside.

With the mysterious book guiding the way, a strange new world is revealed – a world in which Thomas has a name and destiny far more extraordinary than he ever imagined. But time is short. Even as Thomas uncovers his secret family history, a powerful new enemy emerges, threatening to end his rise to power and destroy everything he holds dear.

Through a fresh voice, genuine characters, and a unique storyline, Thomas Wildus and The Book of Sorrows is destined to appeal to fans of Harry Potter and readers of all ages who love the search for magic and adventure.

Thomas Wildus is a kid much like my boys were when they became teenagers. He loves to make jokes behind the teacher’s back. Also, he likes to flirt with the prettiest girl in class and explore all things magical and rare. When he chances upon H & A Booksellers, Purveyors of Fine Books and Rare Manuscripts, he encounters an incredibly rare book on magic. Thomas has been thinking about magic since the day his father disappeared seven years ago. Before he left he told Thomas ‘Magic is real, Thomas. No matter what happens, always remember that magic is real.’

This book isn’t your typical fantasy. It feels so real as Thomas explores the ancient writing and questions the magic that appears on the cover. (Not to mention the van that keeps following him and the lady with the taser trying to kidnap him.) Boys and girls alike will enjoy the mystery and adventure. Thomas begins his somewhat unorthodox schooling in waking up the powers his mentors believe he posses in another part of the world. The fact that he finds a way to drag his unwitting friend, Enrique, into the drama makes you want to give the kid a hearty high-five.

It’s a book about magic, adventure, friendship, family, and courage. It deserved the 2019 Feathered Quill Book Award and more. I’m looking forward to the next book in the series. This is one the kids will definitely have fun with! It’s also a book that will teach them about persistence and determination, which is noteworthy. 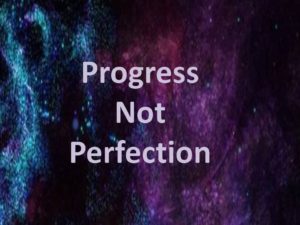 When J.M. isn’t working on the Thomas Wildus books, you can find him playing with his kids, splashing in the ocean, or dreaming up new adventures. If you ever meet him and can’t think of anything to talk about, you might ask about Herman the Shark, the Kai and Eli stories, or why Riddle-Master by Patricia McKillip is his all-time favorite book. Or maybe, just maybe, you’ll have questions and stories of your own (if you do, he’ll think that’s far more interesting).