The Russians, The President, and Me

I remember the day the New York Times reported that the Obama Administration accused the Russians of stealing and disclosing emails from the Democratic National Committee. Every news outlet shared the story. It was October 7, 2016, just a little over a year ago. Also, it came at a time when I was busy writing the third book in the Elle Burton series. I positively wasn’t thinking of any connection I might have with The Russians on that day. 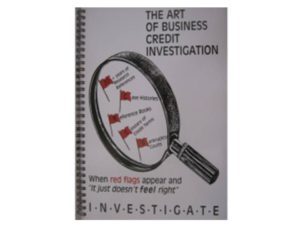 For those of you who don’t know me well, I spent the last 24 years of my working career as the National Sales Manager for the National Association of Credit Management’s site in Minneapolis. Part of my job description was to teach our customers how to investigate the creditworthiness of their commercial accounts.

We learn by example. Apparently, real stories are the best way to teach others how to avoid the risks and pitfalls of the commercial credit world.

So, I used real-life examples of unscrupulous business practices when I did my training.

The Con Man and the Manipulator

I used two classic examples when I did training for our banking community.

The first one was a con artist who was operating in several states. He regularly started up new companies, ordered durable medical equipment, and disappeared into another business name without paying his bills. At the time, I worked for the third largest wheelchair manufacturer in the U.S.

He sold the unpaid-for medical devices at less than market value, destroying the “average costs” for my authorized dealers under Medicare reimbursement rules. Many of them lost everything as a result. (Medicare will reimburse at the “average” cost in each state. This man was selling my company’s wheelchairs at far less than manufacturer cost. Therefore, those stolen devices and low prices forced my dealers to accept far less than they paid for the same equipment.)

I worked with the FBI in two states trying to stop this man.

My second example was a collection of businessmen who used the bankruptcy courts to their advantage. We wrote the bankruptcy laws to protect those who suffer from extraordinary events. Our courts never intended them as a short-cut to profits.

Eventually, I wrote a book on credit investigation to help businesses avoid losses from those who manipulate the system.

The Election Influenced By The Russians

In a statement from James Clapper and the Department of Homeland Security (primarily responsible for defending the country against these cyber attacks): The intelligence agencies were not talking about who was responsible for “scanning and probing” online election lists in many states. Their statement last October said that those “in most cases originated from servers operated by a Russian company.” But, they stopped short of alleging the Russian government was responsible for those probes.

The message was clear, however, from the government stating the leaked emails which appeared on various websites “are intended to interfere with the U.S. election process.”

I voted because I believe it’s essential we all make our voices heard.

To be perfectly honest, I did not vote for Mr. Trump. That’s because I didn’t think his business background was something I could promote. (This is after years of doing credit background checks.)

No one seemed to pay attention to the bankruptcies and the scandal surrounding Trump University. The country elected Mr. Trump President of the United States.

My Moment of Truth Did Not Include the Russians

I’m what many would call a “Flag-carrying” American. I love this country, and my dedication to the basic concepts our founders 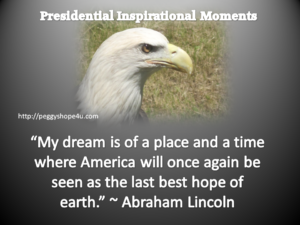 embraced. My ancestor Ambrose Burton fought in the Revolutionary War.

For hours, I listened to the stories my father’s generation told of WWII and the broken men who were the first to walk into the concentration camps.

I struggled with the reality of our new president. He reminded me far too much of the father I referred to as a “Wheeler-Dealer Carpetbagger” to my college roommate.

Even worse, was the memory of the punishment I inflicted on my son. He made the mistake of laughing at something a friend did during a Presidential motorcade. Sadly, this happened during the Monica Lewinsky episode in American history.

I struggled with my emotions after the election.

I’m a business person, and I had an enormous problem finding it in my heart to follow my advice to my son. The written word helps me sort out my beliefs and feelings. I needed to put it all down on paper and try to sort out my emotions. I needed to respect the man this country elected.

In December of 2016, I sat down and wrote an article for this blog.  I published You Will Respect the Office of the Presidency on December 29th.

That blog post told the story as I remembered it. I struggled to change my mindset and stand behind the man elected to the highest office in this land. 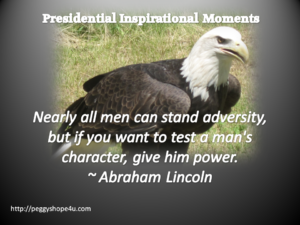 Within a week, Russian email addresses were signing up for my website and posting comments on my blog posts.

Each was painstakingly erased and removed. (Not one Russian email address signed up in the previous three years!)

Was I freaked out?

You bet I was!

Somehow, they targeted me to be another pawn in the Russian game of influencing American thinking. The Russian’s problem was that I recognized it for what it was and removed their words meticulously several times each day.

Yes, they are still hitting my website. As a citizen who recognized what was happening, I’m happy to report that I copied all information and shared it with the FBI immediately.

By putting the words The Russians in the title of this blog post, I hope they’re smart enough to read this article and stop all this nonsense. I’m tired of their stupid games.

Sadly, this is our new reality.

4 thoughts on “The Russians, The President, and Me”