Update to this Blog Post 10/4/2018: “You will respect the Office of the Presidency of the United States of America!” – A New Perspective

“You Will Respect the Office of the Presidency!” Those were the first words that hammered through my head as I watched President Trump addressing his rally in Mississippi on October 2, 2018.

I listened in shame as he mocked Dr. Christine Blasey Ford in front of millions of viewers. I remembered the blog post that dragged me into the middle of the Russian scandal. I remembered the information I sent to the FBI sharing all the Russian emails that signed up for this blog as soon as the original blog released on this site. Those emails have been removed, as have any new ones. 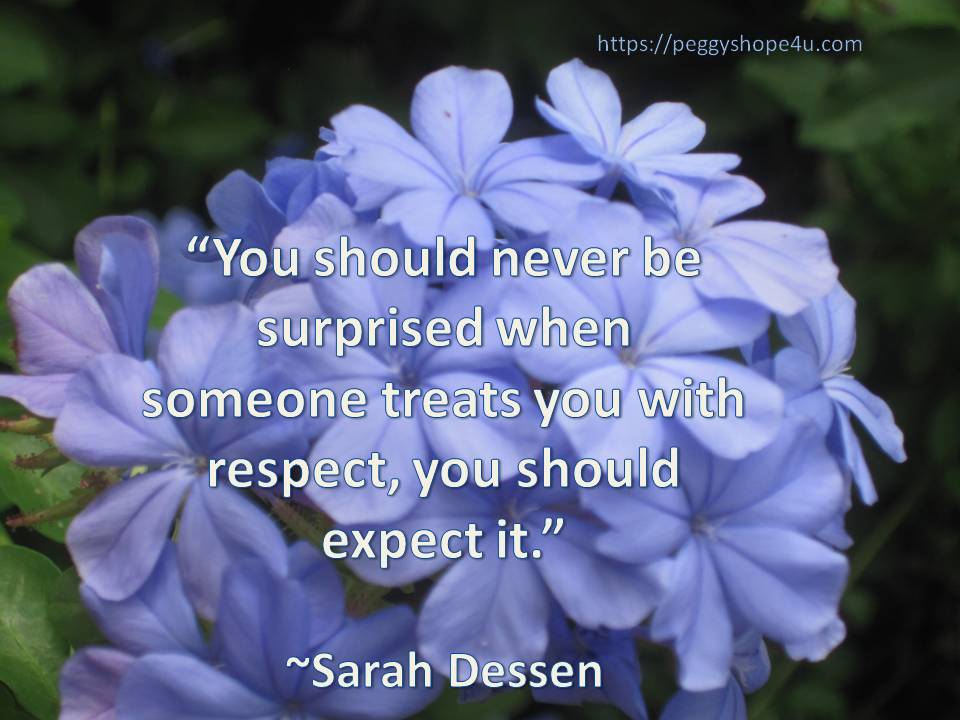 This is not the message I wanted to share with my sons.

What was even worse were the faces in the crowd that mimicked the man’s cruelty to a woman who was forced to gather every ounce of courage in her body to step forward and share a story she’d kept hidden for years.

I know what it takes to stand in front of friends and tell the story for the first time. I can’t begin to imagine what it would be like to tell my story in front of strangers facing television cameras.

This is not the America I want my sons to love and stand to protect when the need arises.

I’ve spent two days trying to calm my inner demons. The thing is, I can’t wait any longer. I owe my sons and my country more than continued silence.

While I respect the Office of the Presidency, I feel no respect for the man who fills that position today, and I now admit that to the young men I raised to show humanity to all they meet.

My original post was written with the intention of pledging my respect for our new leader back in 2016. Too many things have changed and I refuse to sit back and remain silent. As a survivor of horrendous sexual abuse, I owe my voice to all the others who still feel too much shame to step forward and tell of their experience.

When Judge Kavanaugh and Dr. Ford testified, I had made no decisions on whether or not I would support the man’s nomination to the highest court in our land. This is the branch of government that is meant to balance the other two branches of our government. This isn’t a joke. It certainly isn’t a party decision.

Our future democracy depends on respect, consensus, and tolerance of opinions.

The Audience Was Laughing

The one thing I can’t forget about the rally in Mississippi is the laughing faces in the audience. Isn’t that what Dr. Ford said she remembered the most about her experience…the laughter? Victims universally agree that the shame and mockery we may suffer if we come forward is the single largest deterrent to our honesty.

Adam Serwer wrote in The Atlantic a chilling article about the collective cruelty of that event:

We can hear the spectacle of cruel laughter throughout the Trump era. There were the border-patrol agents cracking up at the crying immigrant childrenseparated from their families, and the Trump adviser who delighted white supremacists when he mocked a child with Down syndrome who was separated from her mother.

There were the police who laughed uproariously when the president encouraged them to abuse suspects, and the Fox News hosts mocking a survivor of the Pulse Nightclub massacre (and in the process inundating him with threats), the survivors of sexual assault protesting to Senator Jeff Flake, the women who said the president had sexually assaulted them, and the teen survivors of the Parkland school shooting.

In addition, there was the president mocking Puerto Rican accents shortly after thousands were killed and tens of thousands displaced by Hurricane Maria, the black athletes protesting unjustified killings by the police, the women of the #MeToo movement who have come forward with stories of sexual abuse, and the disabled reporter whose crime was reporting on Trump truthfully. It is not just that the perpetrators of this cruelty enjoy it; it is that they enjoy it with one another. Their shared laughter at the suffering of others is an adhesive that binds them to one another, and to Trump.

This is not what I expect of my sons.

It’s one thing to respect the concept of the office of the presidency, it’s quite another to condone inappropriate behavior, vulgar language, racism, sexism, corporate greed, lying, cheating, mockery, superiority, isolationism, and disrespect for our national institutions and environment.

And so, I apologize to my sons and to all of you. Respect is something that is earned. It’s not pre-determined based on position.

“You will respect the Office of the Presidency of the United States of America!” Those were my first words to my son just before I grounded him for a month. His crime? He and a friend attended a motorcade parade in Minneapolis. The Minneapolis trip was after the Monica Lewinsky scandal. My son laughed as he described how his friend gave the finger to the limo carrying President Bill Clinton. I can’t remember when I’d been so angry.

I Did Not Condone the Behavior

As much as the actions of the President infuriated me, it did not diminish my passion as an American to support the Office of the Presidency. My son had done nothing wrong that day, other than laugh. That’s what I found so disturbing. To laugh or degrade the man who holds the most important office in this land isn’t something I thought I could ever accept.

My son received a tongue-lashing like none I had ever given him. I’m passionate about this great land of ours. My son would soon leave the house as a man to forge his path in the world. How could I let this moment pass without affirming my expectations of him to become an honorable man?

His face turned white as I unleashed my anger. He hung his head, apologized profusely, and headed to his room to consider my words and harsh punishment. Was my punishment too intense for his crime of laughing? You can choose to agree or disagree.

I haven’t been secretive about the abuse I suffered at the hands of my father when I was little.

During the past year, I have watched NBC, CBS, ABC, Fox, MSNBC and read the newspapers. Unfortunately, every time I’ve heard President-Elect Trump open his mouth, I’ve heard my father’s words.

Each time Trump degrades a woman, I feel the deep shame and anger I felt when the man who raised me voiced the same opinions of women at our dinner table. I shudder when I consider what would have happened if I’d become pregnant at the age of eight or nine.

“You will respect the Office of the Presidency of the United States of America!”

I have never in my life struggled so passionately to live by my words and my ethics. 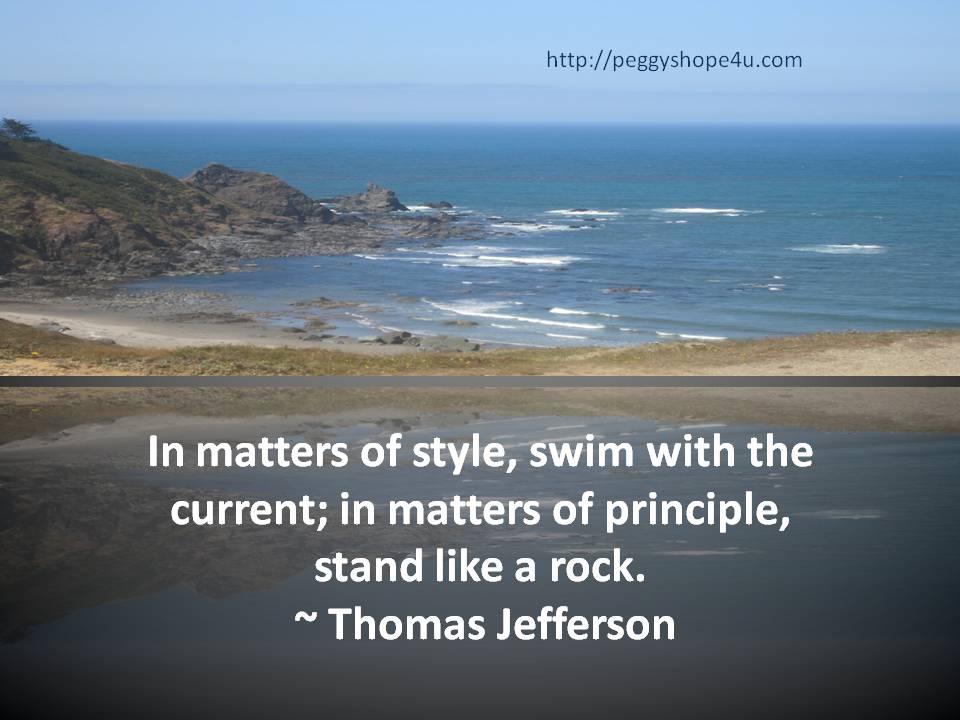 My father was a businessman and a Republican. I grew up in the era of the Cold War, and the man who headed up our family hated Russia. He fought in WWII and the Korean Conflict. The man was a First Sargeant in the U.S. Army. He’s dead now, so I wonder how he would have reacted to President-Elect Trump’s affiliation with Mr. Putin.

What I remember most was the constant conversations about building a bomb shelter in our backyard. Mom was furious that he was considering digging up the huge willow tree in the backyard to dig his protection from nuclear attack. I wonder what he’d have to say today about a possible threat from Russians who hacked our systems?

How many times did I hear my father say that women should be kept “barefoot in the kitchen?” I grew up in a primarily Catholic community in southern Iowa’s best farmland. The mothers of my friends were farm wives with no less than 4 children on average.

They rose before dawn to feed their husbands and sons before the men went out in the barns and fields.

My friend’s moms helped milk the cows, plow the fields, plant the gardens and harvest the crops. They worked seven days a week, taking off time for church on Sunday mornings and a quick trip to town for groceries and a trip to the confessional during the week.

Those women in Keota, Iowa worked harder than President-Elect Trump will ever work in his life. The performed tasks that he wouldn’t have a clue how to do, including changing thousands of diapers. (Oh wait, he told us he’d never do that one!)

How Many Americans Have Lost Hope?

I speak of hope on this website, and yet I’m feeling a bit hopeless at the moment. I’m trying to get my head around people named to Cabinet posts, who stand for everything I’ve fought against during my life.

My brother worked under Hazel R. O’Leary, Secretary of Energy under President Clinton. She was the first and only woman and first and only African-American to hold that position. His work there was critical to the security of the United States. How can we put a man in charge of that agency who was intent on disbanding it during the primaries?

What about all the anger and hate crimes we’ve seen in the streets? My father’s rhetoric at the dinner table would have created some of the same responses the rallies did this past year. I had foreign exchange students from Mexico, Guatemala, and El Salvador who lived in my house. I loved those three boys. How can I condone a wall?

As far as labor is concerned, don’t get me going. I gave my heart and soul to a company only to have my direct boss laugh at me when I retired as he told me how much more he could have paid me if I’d just negotiated with them during the hiring process.

What’s wrong with equal and fair pay for women? Now we’re looking at a man who wants to cut protections for our American workers in dangerous positions and cut wages? I’m outraged. 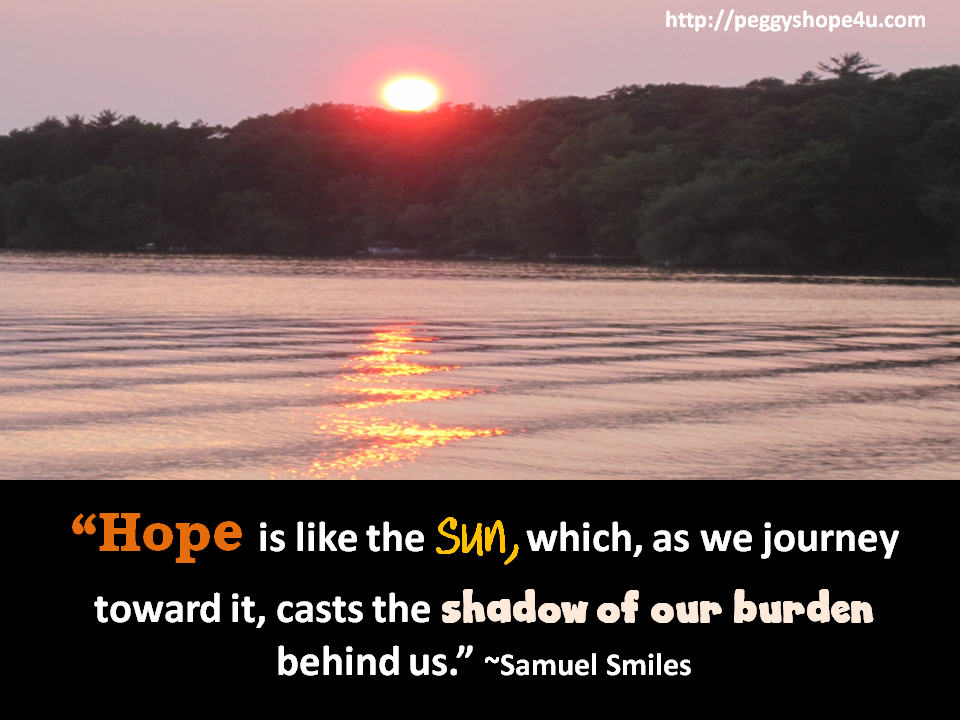 I swore I’d never write anything or talk about politics. My highest purpose is to be a writer of stories to inspire children.

I write about hope. We are all citizens of this great country, and we have both the right and the ultimate responsibility to continue this democracy to protect our future and our children’s.

“You will respect the Office of the Presidency of the United States of America!”

My grandfather taught me that every man is capable of greatness. I will expect President-Elect Trump to rise to the position of the President of the United States of America. My hope is that this man who has exhibited some of the same deplorable traits my father did, will look at his children and want to make a better world.

I don’t believe he can “Make America Great Again.” We’ve always been great, but we have some problems that need a resolution. Some of those can perhaps be served best by a businessman, but not at the expense of those who don’t have the capability to protect themselves from a life of substandard wages, lack of health insurance, and inadequate infrastructure.

I do plan to respect the Office of the Presidency of the United States of America, but the man will have to earn my trust.