Dickensen Academy, secluded in the mountains of the Pacific Northwest, may be Autumn’s dream come true…or her worst nightmare.

The school isn’t a typical boarding school. The faculty is hiding an unbelievable secret within their fine arts program.
When Autumn Mattison receives an invitation to attend the high school, she yearns to escape her overbearing father. Yet, she remains reluctant to leave her mother and brother. Her doubts fade away when a vivid dream convinces her she belongs there.
Away from home, Autumn discovers a unique school environment. It awakens her creative potential, and her new friends become like a second family. However, as she uncovers more about the dark side of the school and struggles with its curriculum, she questions whether Dickensen Academy is truly where she belongs.
.
When tragedy strikes, Autumn must learn to believe in her own power. She must also stand up to her greatest fear or risk having her memories destroyed to protect the school’s secrets. Caught between secrets and dreams, can she find her true self?
The paperback is available on Amazon, Barnes & Noble and The Wild Rose Press. The eBook is available on Amazon, Barnes & Noble, Apple, Google Play, Kobo, and The Wild Rose Press.

“Young adults who enjoy boarding school stories, paranormal encounters, and stories of growth of a teen who receives lessons on romance, mistakes, and special abilities will find much to like about Dickensen Academy, an institution which specializes in making dreams come true in more than one way. Autumn’s first-person character is nicely done and inviting, and the world of Dickensen with all of its conundrums and confusion comes to life through her eyes, making for a story that is hard to put down.” — D. Donovan, Senior Reviewer, Midwest Book Review’ 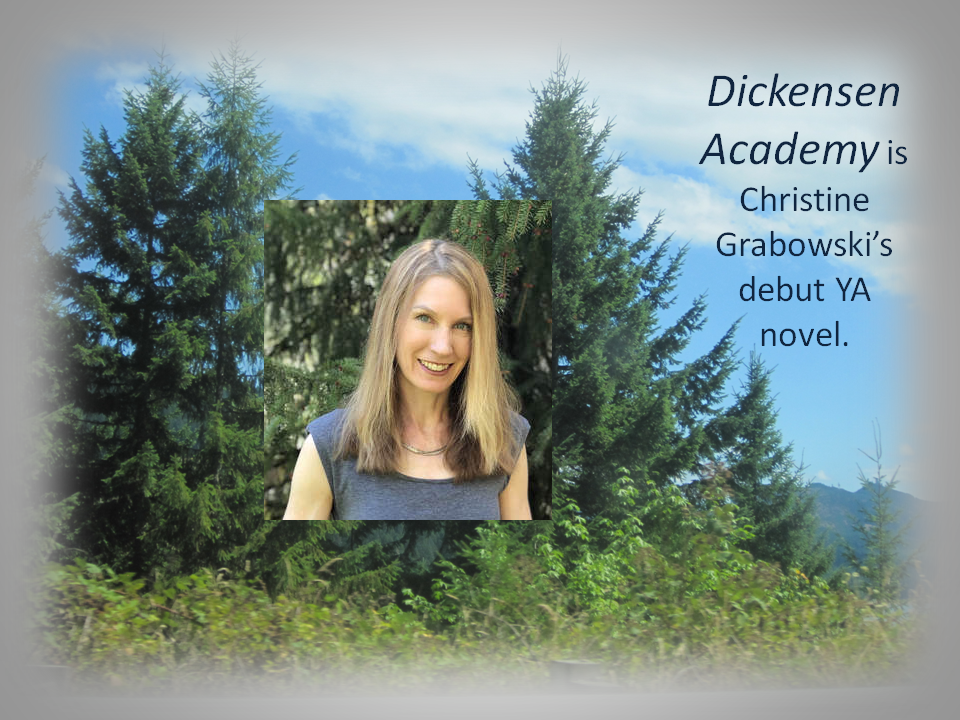 After graduating from the University of Washington, Christine Grabowski earned her MBA at the University at Albany. She honed her technical writing skills in marketing and consulting but attributes the creative part of the process to her passion for reading.

She is a member of the Society of Children’s Book Writers and Illustrators (SCBWI) and the Pacific Northwest Writers Association (PNWA).

When she isn’t reading or writing, Christine can often be found running, skiing, or hiking. She lives in Newcastle, Washington, with her supportive husband, two avid teen readers, and their energetic wheaten terriers.

Autumn Mattison had a dream about Dickensen Academy. She’s convinced this is the school she’s meant to attend. Although she hates to go so far from her brother and mom, she’s anxious to get out from under her father’s demands.

Acceptance to the school is by invitation only. Dickensen Foundation pays the tuition costs, so money isn’t an issue. It’s a no-brainer, isn’t it?

Autumn listens intently when Principal Locke explains that the students are separated from their families so they’ll become a cohesive group. That’s fine, but the fact they have no reception for social media and cell phones is incredibly difficult in the beginning. Although she adores her roommate Aditi Singh, there is at least one girl who doesn’t seem at all impressed that Autumn’s there.

For any young person who has never felt like they ‘measured-up’ in a parent’s eyes, Autumn’s struggle to be successful at Dickensen Academy will tug at their heartstrings. In addition to Autumn’s struggle to look good in her father’s eyes, she can’t seem to concentrate on her goals. Ben, the boy in her dreams, is actually a student there too. More than anything, she wants to impress him.

This book is a great example of what life would be like in a boarding school. The characters include both friends and bullies, teachers who seem to really care about their student’s success, and security staff who appear out of nowhere to protect the kids from whatever lurks in the woods.

Teens will connect with the characters and the school’s secret curriculum will spark their imaginations.

You Can Connect with Christine