Today, I welcome Sophia Bar-Lev to my website. She has been a friend, mentor, and inspiration in a friendship built on emails, Facebook, and phone calls. A native of Massachusetts, Sophia divides her time between the Fort Worth, Texas area and Israel.

On a bright spring afternoon many years ago, Sophia Bar-Lev’s 5th-grade teacher asked her what she wanted to be when she grew up. Without hesitation, Sophia answered, “I want to write books – lots of them.”

Busy for a number of years with raising a family and teaching school, in more recent years she has been primarily involved in adult education. Meanwhile, the passion for writing remained very much alive and has been continually nourished by her large and energetic family. She has 20 grandchildren – there may yet be more!. Also, she’s been inspired by her extensive travels and by her professional experience as an educator and speaker.

The first in her series of Tuscany novels, PASTA, POPPY FIELDS AND PEARLS, released on June 20, 2013. Book #2 in the series, PIZZA AND PROMISES, released on October 7, 2014. THE SILVER LOCKET is her most recent release.

Sophia, what made you pick WWII as the time period for writing this beautiful story?

I picked this time period because a significant part of this book is based on a true story that actually happened during World War II. I kept it in its original time-frame in the hope of maximizing the authenticity.

You begin the book with a Mark Nepo Quote: “To be broken is no reason to see all things as broken; The sun shines, even when we are in the dark; It will be there when  you can see again.” That statement is both heartbreaking and inspirational. What does this quote mean to you personally?

Like most people, I’ve gone through some dark times in my life. The greatest one is still the death of my beloved husband of 30 years.  I felt as broken as I’ve ever been at his loss. It is only with God’s help and the gentle, yet firm support of my closest friends and my children that I learned to ‘see the sun’ again.  When I came across this Mark Nepo quote, it seemed to fit not only my experience, but the situations I describe in the book. 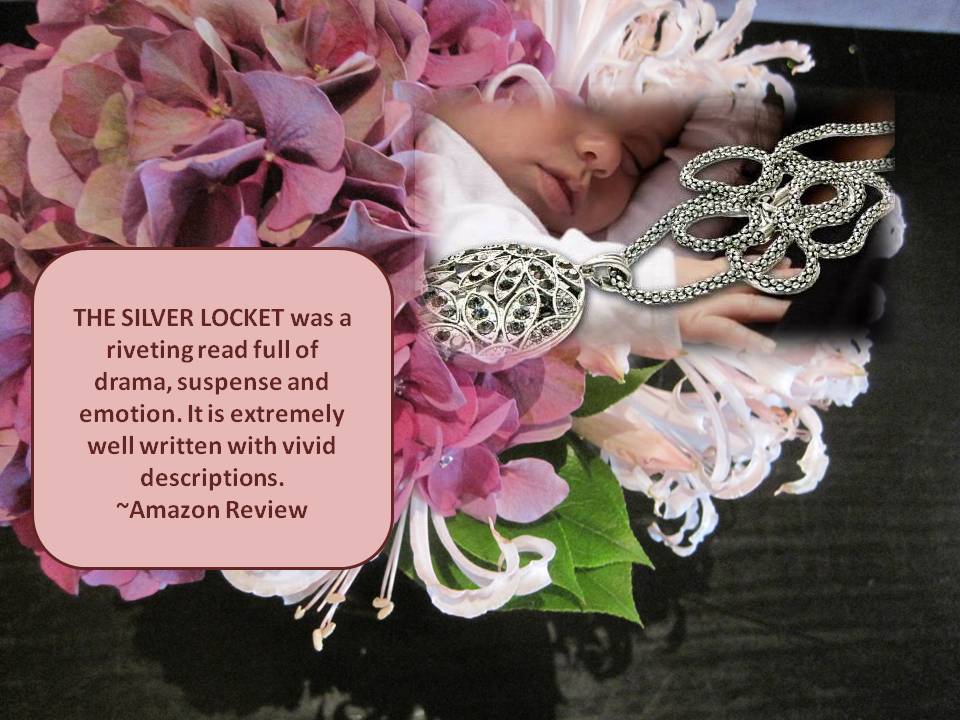 In addition to the time-frame, you highlight a young soldier early in the book on the French-German border who has heard rumors of the death camps. Many of the soldiers don’t believe it. My stepfather was injured and captured by the Germans in the Battle of the Bulge, and my best friend described her father’s constant nightmares years later because he was one of the first of the Americans to enter Auschwitz-Birkenau. Did you find times when you had to put the writing down because you couldn’t continue for awhile?

Yes, there were times that the reality of what ‘Sarah’ and ‘Rosalie’ went through was so intense that I had to take breaks.  Also, because the real ‘Sarah’ is a friend of mine, the emotional journey of her life is very real to me. Writing about it was, at times, very emotionally draining. 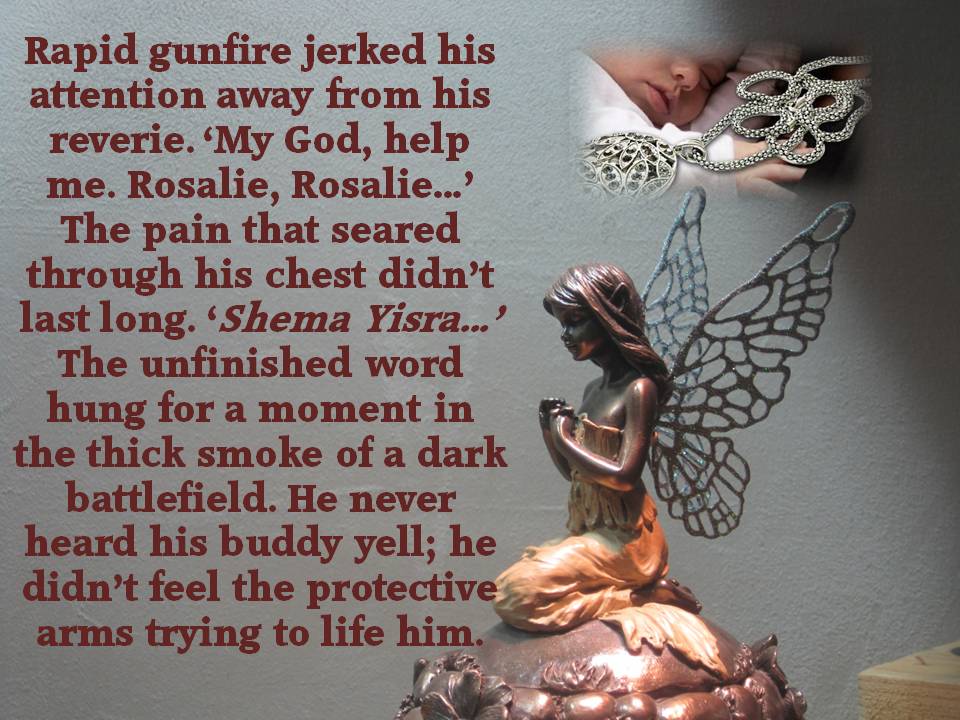 What was the most difficult scene for you to write in The Silver Locket?

The morning when Sarah left the hospital and went secretly to Rosalie’s home to give away her daughter.  I wrote that scene with tears streaming down my face and I still choke up thinking about it. Again, because I know ‘Sarah,’ and the beautiful thing about her today is that all the pain she went through has made her a most amazing, caring and loving woman.  It’s my hope that her journey and it’s heartwarming conclusion years later will be an inspiration to many.

Which character was more difficult to develop, Rosalie or Sarah, and why?

For me, it wasn’t either of the main women; it was the perpetrator of the crime. Martin Crandall.  To write about his lack of regret, his hardness, even years later, was very challenging.

Our family is in the early stages of integrating adopted children into the family. It’s difficult for everyone involved. What are some of the challenges your characters face as they attempt to make the adoption work?

Adoption is not for the faint of heart.  Adopted children – at any age – bring with them a personal heritage that is unknown to the new parents/family.  Genetic dispositions and tendencies may often seem foreign, and if the child is older than a newborn, experiences they may have had have also left their mark.

It takes a great deal of patience and wisdom to raise children at all, even more so with adopted children.  The challenge to recognize and encourage the child’s natural gifts and talents as they become evident can sometimes be very trying. Sometimes, it’s because their aspirations may conflict with the hopes and dreams of the parents. Their likes and dislikes can be markedly different and it takes great grace and understanding to help them become who they really are, rather than what the parents may wish they were.

You’ve written several other books. I’ve read three of them. Will there be sequels to The Silver Locket or Pizza & Promises: Sequel to Pasta, Poppy Fields & Pearls?

I have not planned a sequel to THE SILVER LOCKET but I am in the process of preparing to write the third in the series of the Tuscany novels, a follow-up to PIZZA AND PROMISES.

That’s exciting news to those of us who have read the Tuscany novels!

I want to thank you for joining me here today! It is an honor and a pleasure to highlight your beautiful work. You have created characters who continue to live with me and who I dearly want to meet someday.

You Can Connect with Sophia: