Unless You’ve Experienced a Panic Attack, You Can’t Imagine the Terror

I’ve never talked about having a panic attack. Somehow, even saying the words ‘Panic Attack’ makes those prickles at the nape of my neck begin slowly until the dreaded chills run down my back. 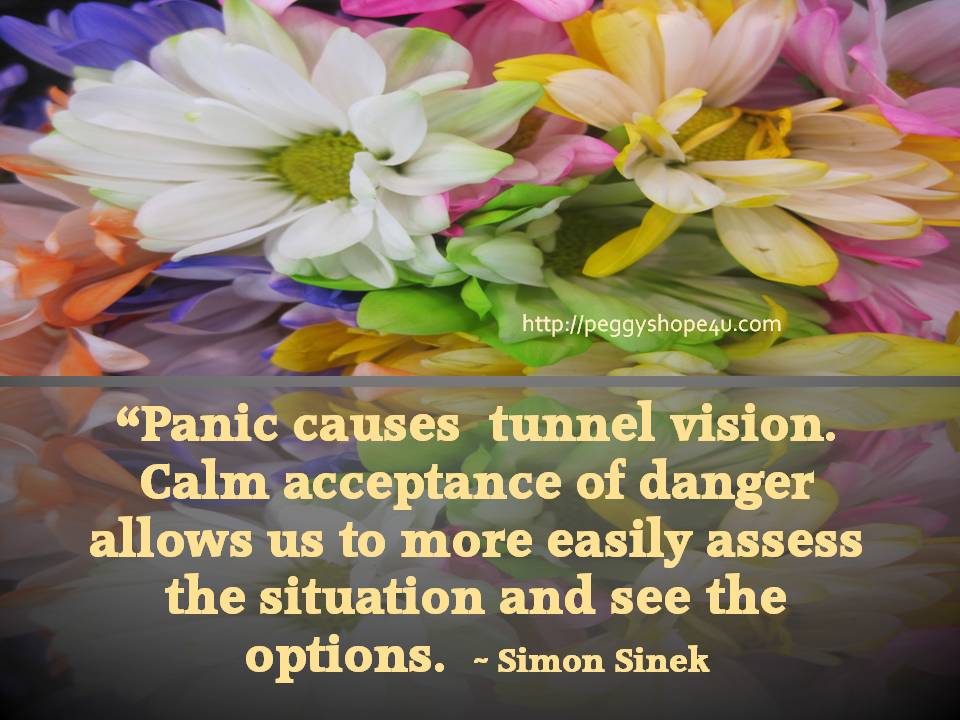 I learned about the various forms of panic as a young child. The first experience came from the terrors of the night. My abuser loved the seclusion of the dark when he came to my bedroom. It’s painful to remember the horror I felt as I stayed awake for hours planning new ways I might be able to protect myself or get away.

Music Made the Pain Go Away

By the time I was nine-years-old, I’d been taking piano and organ lessons for four years. I loved music.

When I was scared, I’d play songs with a beat. I’d play them as fast as possible, stretching my fingers and mind to perfect the boogie-woogie music at a pace only rivaled by the best 50’s bands in existence.

My process was to wear myself out after about forty-five minutes, and the songs became slower and more nostalgic. It was possible to calm my attitude after roughly thirty minutes at the keyboard. If I was sad, I started with slow songs and ended with hard and fast rock songs.

I improved my ability to play the music to the point that mother convinced the minister to allow me to play music before the church service.

At first, I played for only ten minutes. After only a few weeks, I noticed people were arriving earlier and earlier for the services. They enjoyed listening to my music, which surprised me. I increased the concert to fifteen minutes, then twenty, and finally to a full thirty minutes before the services. The pews filled up quickly, and people were spending more time at church on Sunday mornings.

The Beast of “Not Good Enough.”

My inner child had no sense of self-respect. I didn’t believe I could ever measure up. At night I knew I couldn’t fight the monster and during the day I struggled to find friends who wouldn’t make fun of me.

Somehow, it didn’t seem to matter that people enjoyed my music. The fear of making a mistake caused debilitating panic attacks which began the minute I walked into the church on Sunday mornings.

I had arrived a full hour before the services were supposed to start. The instant I walked into the front door of the church, my stomach would cramp up, and I’d head downstairs and lock myself in the women’s bathroom. For the next thirty minutes, I was doubled over on the toilet with raging diarrhea. It didn’t matter what I ate the night before, or even if I ate the night before.

I’d have to flush the toilet at twenty-five minutes after the hour to make sure I had time to get up to the front of the church, place my music, and turn on the organ. For the next thirty-five minutes, I worried my stomach would cramp up, and I’d have to leave the sanctuary.

The Lyle family was always one of the first to arrive. Mrs. Lyle ushered her children into one of the back pews. She always made a point of looking straight at me and smiling. She would nod, and I knew it was time to begin.

It sounds silly, but I doubt I could have done it week in and week out if I didn’t know she was there and had my back. Her son David was in my class, and he didn’t move as I played. He was one of the kids who never made fun of me at school, and I was comforted knowing his mom was always there to give me the courage I needed to continue.

My morning panic attacks never went away. Even when I played for the entire service as a teenager, I still had my morning date with the tiny bathroom in the basement of the church every Sunday. I continued to watch for Mrs. Lyle to arrive so I could begin. 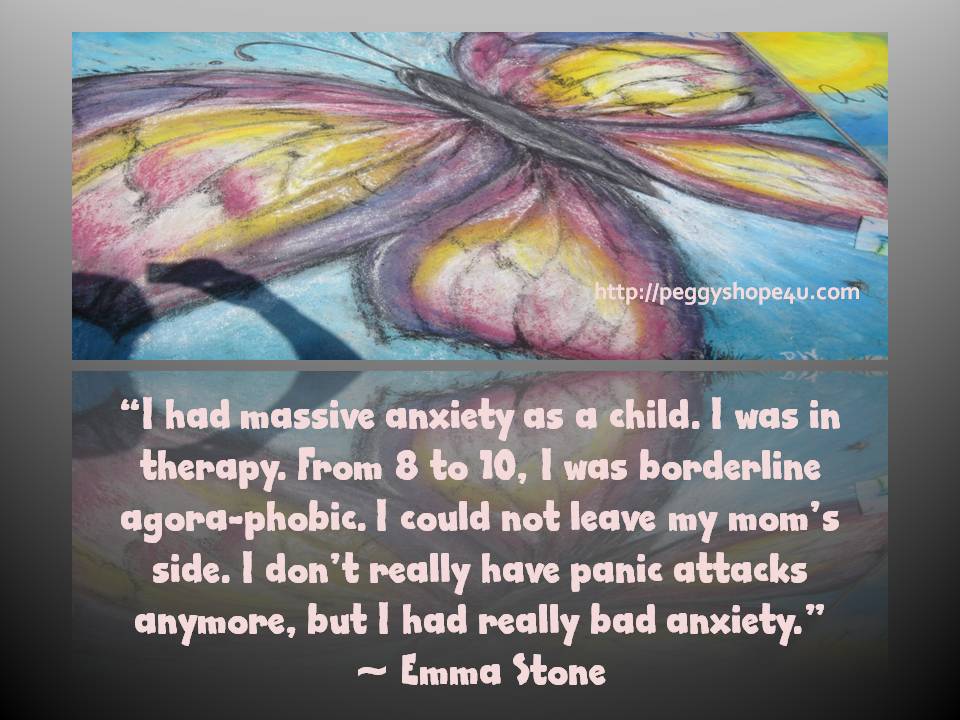 When the Snow Flies

It was no longer snowing, but the freshly plowed piles of snow on the shoulder of the road gave us no place to go as the truck inched closer. Later, the truck driver told the Chief of Police that the blowing snow created a white blanket across the roadway. He admitted he couldn’t see anything with the sun shining off the snow. The fact that he said he held his steering wheel with both hands believing the steering wheel would vibrate if he went off the road, gave me no comfort.

The years of recovery didn’t diminish my fear of driving during the first snowfall of the season. Unless you’ve experienced a panic attack, you can’t imagine how quickly your body can change and leave you limp and helpless.

I mentioned this problem to several doctors. They wanted to give me even more medication on top of the meds I took to handle the pain. I wanted to control the problem without taking more drugs. How to Overcome Anxiety

The first time you experience a panic attack, you won’t understand what’s happening. Your heart races and you have difficulty breathing. You need to recognize the symptoms:

The intense fear and anxiety you feel will suddenly escalate to sheer panic, and that can put you in extreme danger.

I worked in a sales position before I retired and it was essential I travel in the Twin Cities to see my customers. It was common for me to dread October and November.  There was no escape from wondering when that first snowfall would clog the roadways and cause me to panic uncontrollably.

It’s important that you document those things that trigger your panic attack cycle. Understand what causes it and develop a plan to remove yourself from the triggers. You have to learn to calm yourself when it does happen.

I remember how embarrassed I was the first time I had to call a customer and cancel an appointment on the first snowfall of the season. In Minnesota, people know how to drive on snow and ice (unlike states like Texas where they are ill-equipped to handle even the smallest amount of snow).

Drivers in Minnesota handle snow very well, EXCEPT on the day of the first snowfall. That’s the day they all seem to have to practice their skidding skills again. For me, it became a life or death situation. I couldn’t make myself drive during the twenty-four hours after the first snow.

My customers were compassionate beyond my understanding. I boiled my car accident and fear of driving in the snow down to two sentences. No one ever demanded I keep the appointment. I helped them understand that driving would not only put me in danger but others on the road. It was a simple solution to what for me was a huge problem.

I still refuse to leave the house during the first snow of the season. It’s a simple solution.

Everyone’s reaction to the triggers and the actual panic attack are different.

Don’t kid yourself into believing it will never happen again. I suffered a panic attack in late August, and the chills continued for a full twenty-four hours after the event. It didn’t matter how many blankets I piled on myself, I couldn’t get warm. My heart continued to race, and nothing I tried to do diminished the effects of my internal panic.

If you find it impossible to come up with coping strategies on your own, ask your doctor for a referral to a specialist who can help you understand your panic attacks and create a plan of action to calm you down and get you through it. Your journey to finding hope includes creating coping strategies that work for you.