Don’t They Always Say “Laughter Is The Best Medicine?”

I can’t think of even one thing you could find humorous in the statement, “Your disability isn’t going to improve. You need to sign up for Social Security Disability Benefits as soon as possible.” There was no laughter in the room the day my doctor delivered this life-changing diagnosis. I wanted to scream. Tears of anger and frustration burned at the corner of my eyes as I looked down at my clasped hands. The left arm wasn’t working that day, so the right hand clutched the lifeless hand in desperation. 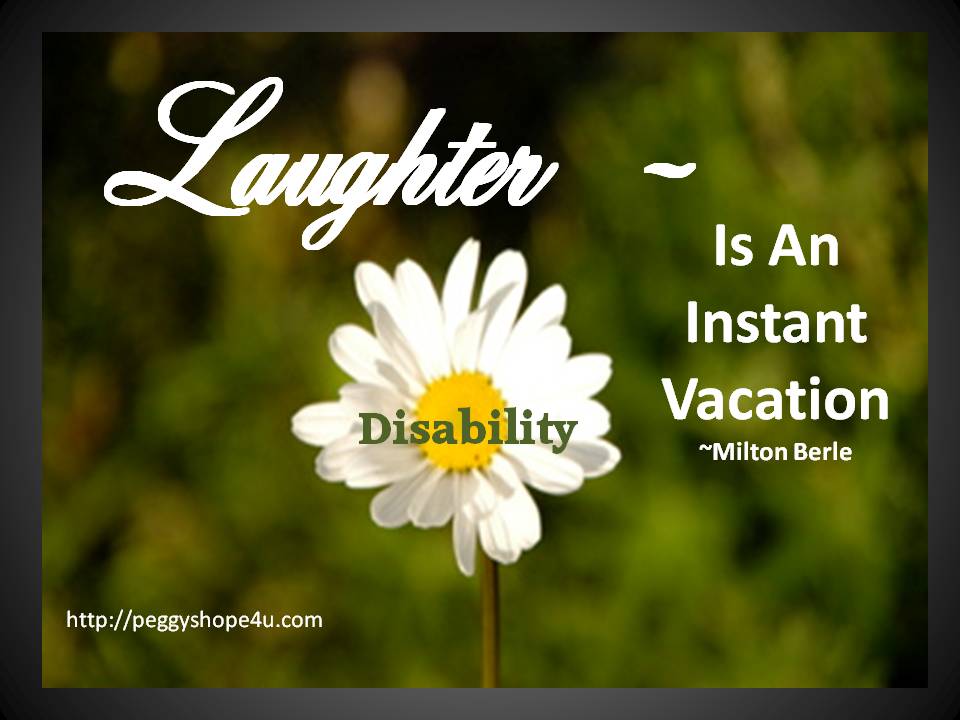 Nothing can drown your ego like an extended stint as an inmate at Sister Kenny Rehabilitation Institute. When the doctor continued his lecture and told me he had arranged for me to go there, my immediate reaction was one of total loss. As a result of the careless actions of a trucker, I’d lost nearly everything in life I held dear.

How could anyone gladly face running the gauntlet and learn to live happily with a disability? My depression deepened, The drugs they administered to make me happy increased my thoughts of suicide, and I quickly flushed them down the toilet. (I regret doing that to this day. It’s one of the reasons I fight so hard to protect our water resources. My only comment is that I was stupid at the moment.)

The Good, The Bad, and The Ugly

If you’ve never participated in a rehabilitation program, you can’t begin to imagine the humiliation you might suffer. For the first two weeks, I wasn’t allowed to see or talk to my husband and children. I missed the little boys so badly I couldn’t go to sleep at night.

One of the classes involved learning to do things differently in the kitchen. They determined with my neck and back injuries that I should stand at the sink to rinse the dishes. I was told to stack the dishes on the counter above the dishwasher and then to lower myself to my knees and reach up for each dish to put it in the dishwasher. That worked fine in theory at Sister Kenny.

I was nervous when I was allowed to go home for the weekend after the first two weeks. More than anything, I wanted to prove to my husband that I was getting better. Friday evening when I arrived home, I fixed a simple supper of hamburgers and baked beans. The grease and ketchup stuck to the plates as I tried desperately to rinse them and place them correctly on the counter above the dishwasher.

My husband and sons watched as I lowered myself to my knees so I wouldn’t have to bend my back to place the dishes in the dishwasher. One-by-one I picked each utensil, plate, and skillet up and put them in the dishwasher.

When I stood up, my beautiful blouse looked like I’d just come from a fight in the soup kitchen; grease and ketchup covered nearly every square inch of it. I looked like something out of an “I Love Lucy” segment on steroids.

My eyes became limpid pools as I looked down at my clothes and the floor under the dishwasher. I heard Billy giggle. TR suddenly chimed in and then my husband doubled over at the site before him. Somehow, I’d learned my lesson, but it didn’t adequately solve my immediate needs.

Everyone agreed I’d made such a mess of things that it would require all four of us to clean up the mess.

At this point in my recovery, I was capable of spending about three hours a day on my feet. As soon as we got up on Saturday morning, I told the boys we needed to make a trip to Apple Valley to Target.

Their father worked on Saturdays, and there was no one in the house to tell me I couldn’t leave the house. It felt like the most glorious prison break ever!

The kids were excited because I told them they could each pick one toy while we were there. When we reached the store, I immediately headed to the household goods area. I quickly found what I was looking for, and the boys lifted the box into the cart. We spent some time testing out the various toys, and they finally picked something I could afford to purchase for them.

We sang “Ninety-nine Bottles of Beer On The Wall” all the way home.

The easiest thing for me to fix for dinner that evening was pot roast – you know the program: Toss the roast in the pan with a sliced onion and some water, Worcestershire Sauce, salt, and pepper. Put the lid on and bake slowly for 3 1/2 hours at 325 degrees. (Time on feet, 8 minutes) Then take it out of the oven, toss in some peeled and cut potatoes, a can of green beans, put the lid back on and bake for another hour. (Time on feet, 10 minutes) It was simple!

When my husband returned home from work about 5:15 pm, the table was already set. My ‘better half’ helped take the heavy pan out of the oven and we served directly from the pan (No dirty serving dishes for this damaged mom!).

After dinner, my husband watched as I rinsed the first plate. He waited for me to humiliate myself once again. (He enjoyed that. Did I mention he’s my ex-husband?)

The bulged disc in my back was killing me, so I asked little Bill to open the dishwasher and to pull out the bottom shelf. Standing squarely on my two feet (one of the few things not damaged in the car wreck), I smiled as I took aim with that new Melmac plate, dive-bombing it directly into the dishwasher. 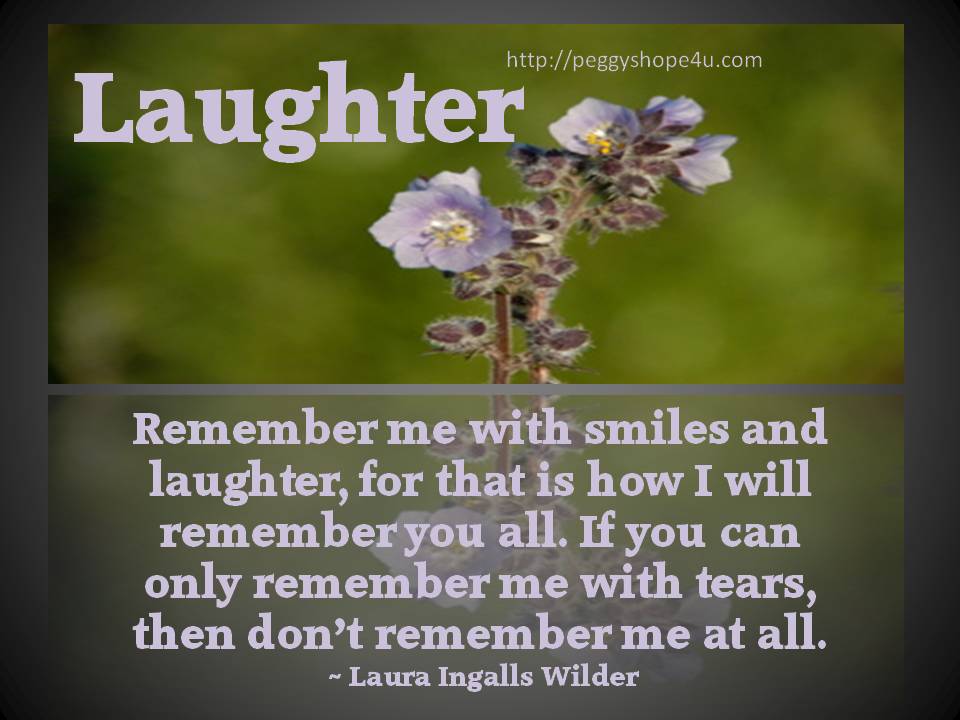 The kids roared with laughter, and it was contagious. Before I knew it, we were all doubled over laughing. Fortunately for me, the boys quickly begged their way into this crazy new adventure. They wanted to be the next one to throw a plate. We were laughing so hard by the time we finished cleaning up the kitchen that we held our tummies with both hands.

Somewhere in the back of my brain, a little light went off. During our ten minutes of outrageous and childish behavior, my brain didn’t register pain.

My two little boys begged to be allowed to do the dishes from that day forward. The Flying Melmacs performed outrageously for several years.

I paid closer attention at Sister Kenny the next week.

It only took that one moment of inspiration with the dishes for me to suddenly realize that the people who surrounded me in the class were doing things exactly the way the instructors taught. My attitude quickly changed, and my head spun as I tried to think of ways to adapt what they were saying to fit my personal situation.

I especially loved the session on laughter and joy. They recommended watching a funny movie each night, instead of murder mysteries and newscasts.

Each weekday contained eight hours; I had to watch movies and old television sitcom reruns while my husband was at work.  I learned to adapt lessons to fit what I needed to do to clean my house and do the laundry.

Anything and everything that kept me laughing filled the TV screen.

Well, you get the idea. I laughed all day – every day. Bit by bit, I began to extend my activities by a few minutes each day.

Through laughter, I found I could manage the pain without the narcotics every doctor I saw tried to push on me.

The worst time of the day became the late evening hours. Through laughter and relaxation (biofeedback) techniques, I managed to live beyond the pain during the daytime.

Once I put my head on the pillow, and the house was quiet, the pain returned in waves. Back then it was common for me to get only a few hours of sleep each night.

I try to do biofeedback techniques to put myself to sleep, but if I do too much during the day, my body complains loudly in the still of the night. Let’s just say I’m a work in progress. I’ll find a way to beat this too! 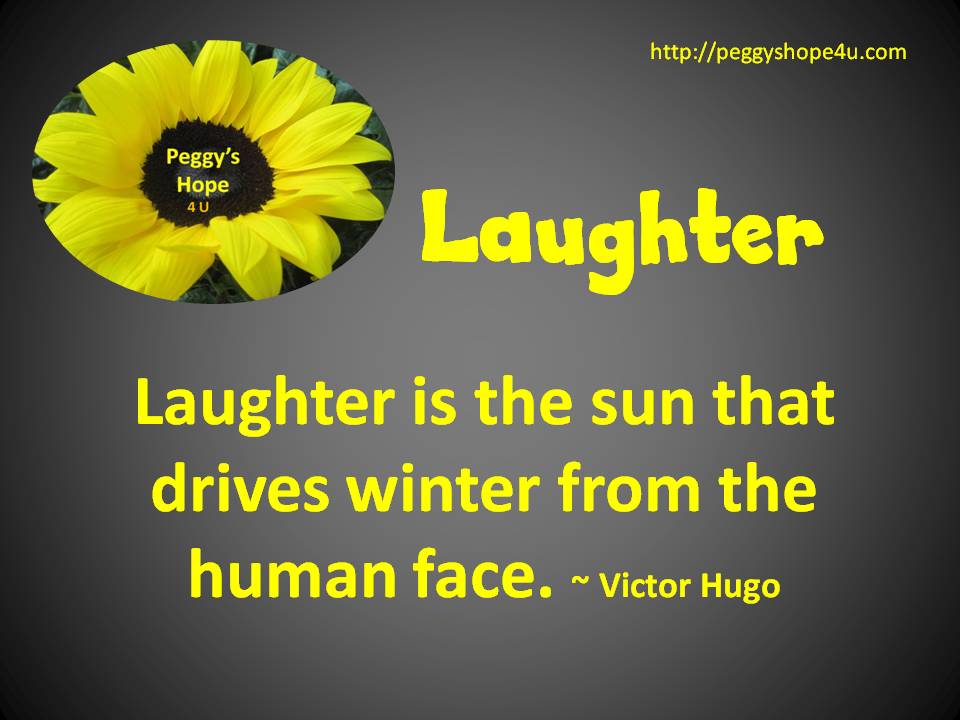