I never really thought about being courageous when I was a child. My simple goal was to survive the days and make sure I didn’t do anything to endanger my mom. The threat I consistently heard during the years of my childhood abuse was: “Don’t ever tell your mother, or else!”

Kids who are only seven-years-old aren’t that brilliant. The “or else” was a fill-in-the-blank offer for a child to conjure up her worst nightmare. It took me no time at all to rise to the invitation. I convinced myself he would kill my mom if I ever told her what he was doing to me. My mouth became totally sealed. I did whatever I thought I had to in order to protect her. 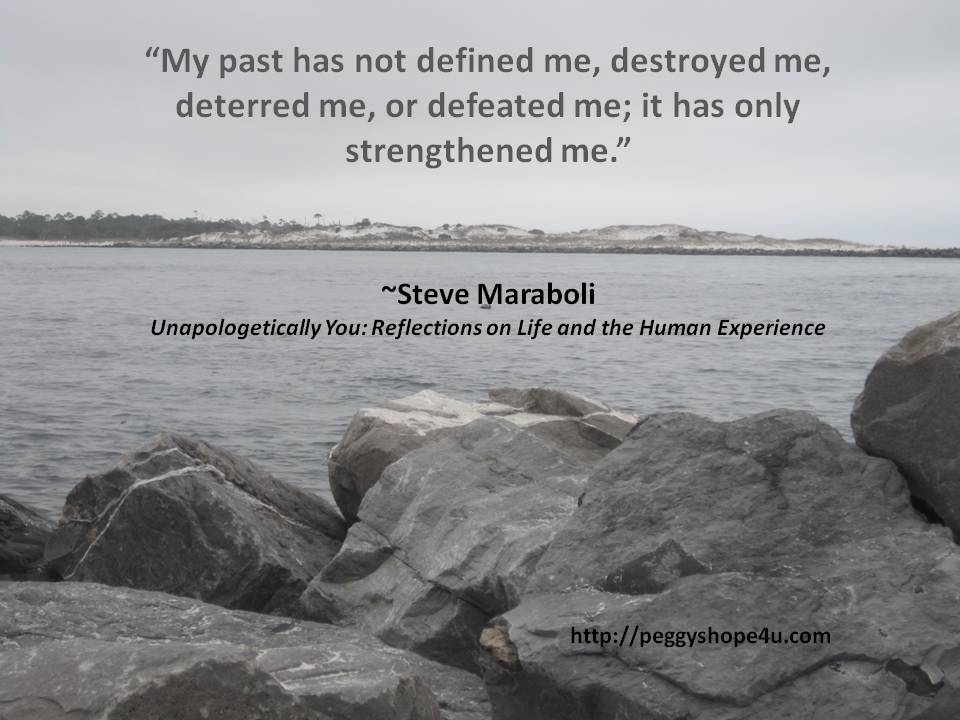 I don’t remember everything about my childhood. What I do remember is that whenever I felt threatened I experienced horrible chills. I always kept the door to my bedroom closed. The vents were also closed in the summertime so the air conditioning wouldn’t hit me while I was sleeping. I couldn’t stand the chills because I always experienced them after an assault. My entire body would shake while my teeth chattered with enough force to chip a tooth.

These old memories have come flooding back over the past three weeks as I recover from the hip surgery done at the end of October. My expectation was to fix the damage life had caused my hip, and quickly get on with life.

What I didn’t expect was that my left leg would swell after surgery to double the size. I could barely move. The swelling prevented me from bending my knee or my ankle. Unfortunately, the swelling created a total inability to function normally for more than three weeks post-surgery.

There was no way to predict that the trauma of the surgery would also manifest in waves of cold chills each day. I couldn’t escape the chills. They prevented me from getting any sleep, just like they did when I was a kid. 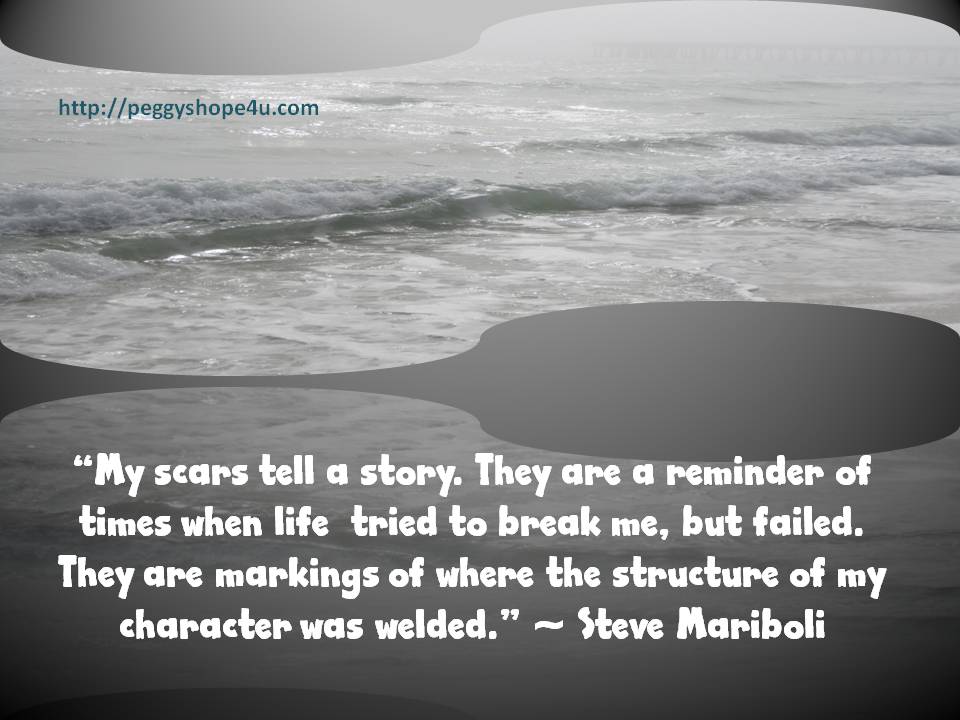 After the car accident in 1979, they diagnosed me with lupus. Lupus is an auto-immune disease that affects a large number of people. The diagnosis seemed logical because I exhibited most of the symptoms according to every article I could find on the internet. Not only did I have the symptoms, but a blood test was “off-the-charts” positive for the condition.

I participated in a study about the links between childhood abuse and chronic illnesses like lupus. Unfortunately, I’d seen some of the parallels between my reactions as a child and refinements of those reactions as an adult before the study.

All of these things raise questions about whether our immune systems might develop differently for those of us who have been the victims of abuse. I believe they do.

“Emotional, mental, and physical trauma during childhood are correlated with higher risk for many diseases that occur during adulthood, including coronary heart disease, depression, autoimmune disease, and drug addiction. 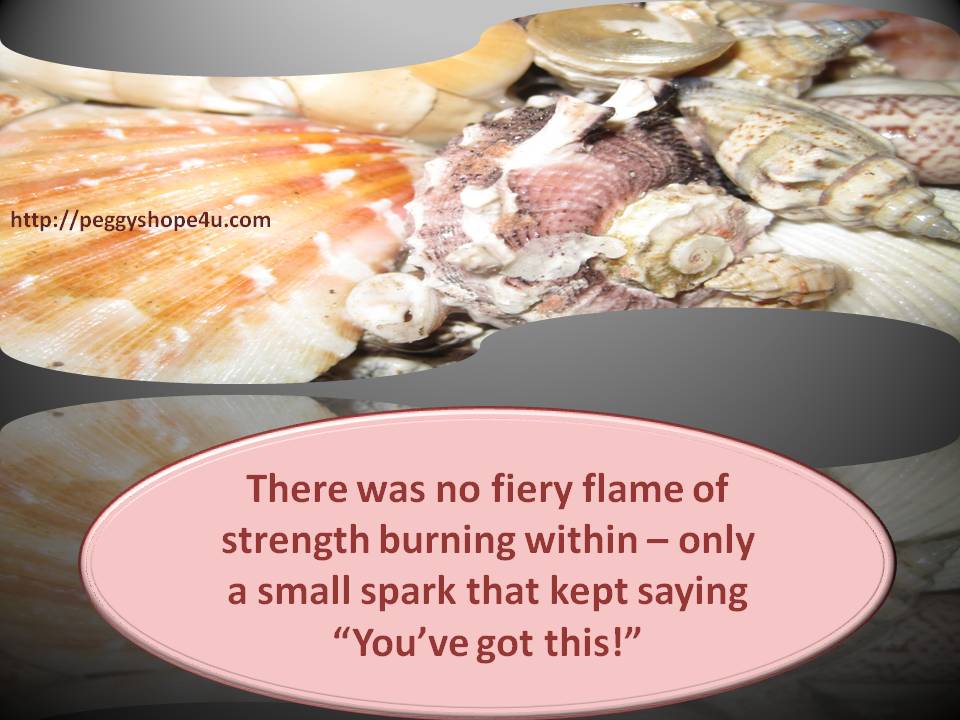 Why wasn’t I bouncing back from the surgery? I knew I had the strength to get through a rather routine surgery.

When you have a hip replacement, they hammer a rod down into the femur to connect to the new joint.

My concern with this came from an incident with a dentist about a year before the hip surgery. I had a simple root canal on vacation in the south. Things changed dramatically after the first appointment. Within six hours of that first appointment, the lupus-like blisters showed up on my legs. In the beginning, I didn’t think the blisters connected to the root canal in any way. I did believe something had triggered a lupus reaction.

The mystery was solved a week later. An X-ray when we returned home by my regular dentist solved the mystery. Something in my gut told me to have the tooth X-rayed again. The dentist discovered that the other dentist had broken a dental tool off in the tooth’s root.

I’ve never been willing to give up on anything, and yet this one had me worried. I’d already spent two years in so much pain I could only sleep an average of 3-4 hours a night.

No one wanted to take the risk that I’d have a reaction to the metal they’d place in my body.

We finally found a surgeon in Eau Claire who agreed to do a metals allergy test. The test was sent off to Chicago, and for the most part, it looked like I didn’t need to worry about a metals allergy.

That wasn’t good enough for the surgeons. They believed my reaction was an auto-immune response. No one wanted to be the guy to hammer a rod down my leg. I can’t say I blamed them. The real problem for me was that I had become home-bound. I was unable to walk safely and eventually stopped leaving the house. The pain was unbearable. I became a prisoner in my home as the doctors dodged the obvious: I needed surgery.

A Green Light Two Years After the Fall 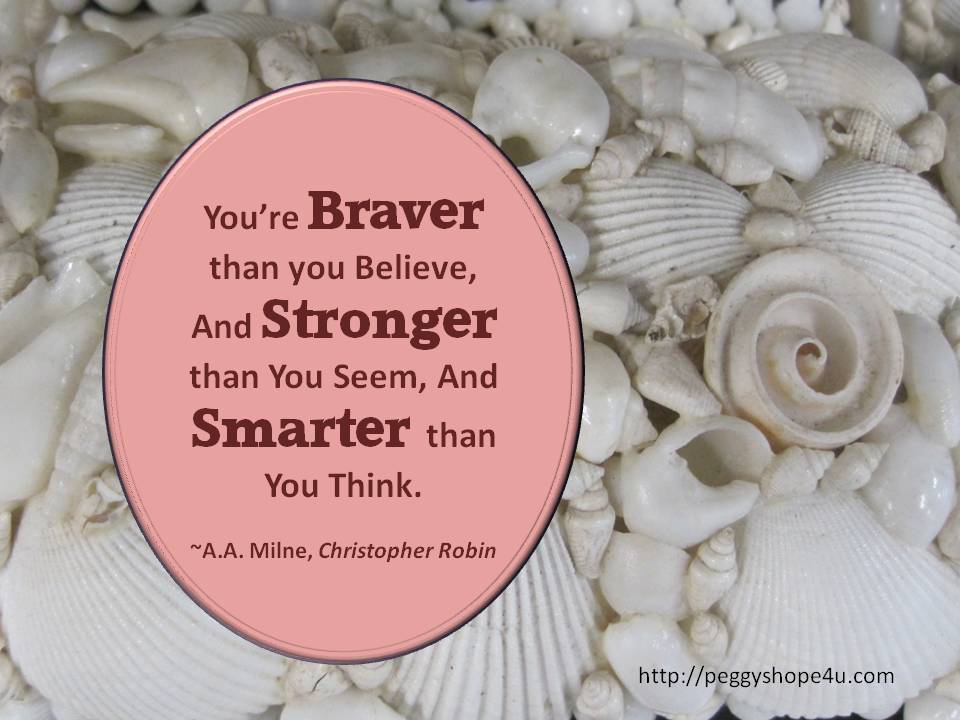 When I finally received permission to go to Mayo Clinic in Rochester to schedule surgery, I knew I needed a little bit of that Winnie the Pooh confidence that made such a difference in Christopher Robin’s life.

I explained to the surgeon that if I had a reaction to the metal post he’d have to hammer into the tibia, that I wouldn’t hold him responsible.

The doctor listened as I begged for the surgery. I tried to convince him that I hadn’t had any quality of life over the past two years. I told him I refused to continue being unable to enjoy life and that I’d sign anything they needed to get the surgery to replace the hip.  “Death would be preferable to the life I’ve led these past two years,” I finally admitted.

The man agreed and scheduled surgery for October 26th.

I’m still recovering from the surgery. The leg swelled nearly double in size and remained that way for three weeks. During the fourth week, I had the leg wrapped and the swelling finally began to subside. (Most people use compression stockings after hip surgery to prevent the swelling, but my surgeon doesn’t agree with that.)

What I find the most humorous is that we were all so afraid my immune system would reject the metal rod in the leg that we didn’t think of other ways the immune system can go haywire in an attempt to protect me after I suffered from victimization as a  child.

The assistant to the surgeon told me that I stopped breathing during the surgery as a result of one of the drugs they used. I agreed to do the surgery with a local anesthetic. Fortunately, an antidote was available, and the doctors were able to stabilize me. That’s their brief description of what happened.

Me? Well, based on some of the research I’ve read over the years, I’m pretty sure I know what happened.

My immune system reacted to a nine-inch slice down my leg by laying down and trying to play dead. It was a classic “Fight or Flight” reaction.

So, I’m going to toss it back to you. I know many of you also experienced abuse as children.

Have you noticed reactions to adult stress or injury that mimic responses you had as a child to harm? Use the comments below to let me know.

I’ve seen so many parallels that I can no longer deny that my immune system was affected by the abuse I suffered. It’s the only logical answer.