This week’s Saturday Pick is not only a gifted writer but also a bonafide gladiator who has battled cancer. Katy Huth Jones lives in the fabled hill country of Texas, basking in the shadow of the many westerns my generation grew up viewing on television and reading about in our favorite books.

Katy and her husband, Keith, have become empty nesters after many years of homeschooling, managed by Katy. The two boys have embarked on creative journeys of their own, but still find the time to support their mother’s innovative personality.

Katy spends a good deal of time playing the piccolo and flute in The Symphony of the Hills.

Katy, I thoroughly enjoyed your novel, Leandra’s Enchanted Flute. It’s about a fourteen-year-old flutist who has proven herself a survivor of cancer. Her struggle to survive prepares her for the greatest battle of her life.  Facing the demon known as cancer is never easy. How did your personal struggles influence your primary character’s challenges in the novel?

Well, Peggy, I think the answer comes from your introduction: I’ve never been called a “Gladiator” before and don’t think of myself that way, and neither does Leandra. When you’re in the middle of fighting cancer, a battle to the death that you never expected to fight, you just do what needs to be done to survive, by the day, the hour, and sometimes when it’s especially excruciating, by the minute.

In that way, Leandra and I share the feeling that we didn’t do anything extraordinary; we just did what we HAD to do and used the tools God gave us, namely our strong wills, to beat

When you’re in the middle of fighting cancer, a battle to the death that you never expected to fight, you just do what needs to be done to survive, by the day, the hour, and sometimes when it’s especially excruciating, by the minute. In that way, Leandra and I share the feeling that we didn’t do anything extraordinary; we just did what we HAD to do and used the tools God gave us, namely our strong wills, to beat cancer.

The second book in the Tales of Finian Jahndra Series, Return to Finian Jahndra, brings Leandra back four years later. When she enters the magical land, this time, her flute doesn’t appear to have magical properties.  The cure she found before for her cancer is missing. How does little Songcatcher help provide the courage to Leandra to keep fighting?

The change in Finian Jahndra’s magic isn’t the only surprise Leandra faces when she agrees to return, but her great love for Songcatcher and the rest of the birds (and humans) gives her the courage to find another way to save them.

What lesson do you want your readers to learn from this series?

That no matter how hopeless a situation seems, there is always hope to be found, and usually in unexpected places.

In the “He Who Finds Mercy” Series our hero, young Prince Valerian, is forced to consider taking the throne when he is unable to save his brother in battle. What role do the dragons play in this series?

The land in which Valerian lives is called Levathia, because of the many dragons species of all sizes and temperaments. The ones who matter most to the young prince’s future are the great dragons who fly and breathe fire, and who hundreds of years ago were at war with Valerian’s ancestors. Levathia risks destruction by invading monsters if he can’t find them and convince them to help.

There is a threat to Merry’s healing gift in Mercy’s Gift, the second book in the series.  What impact would it make in Levathia and to Valerian if she can no longer summon her gift?

The biggest threat to both Merry and Valerian is that ambitious men want to destroy the prince and use Merry’s gift for their purposes while inciting civil war.

The evil wishes and the methods of Liall Guinness return to threaten the couple in the third book of the series, Mercy’s Battle. How did you create this evil antagonist and what one trait does he have that we will be forced to envy in spite of ourselves?

Liall was by far the most complicated protagonist I’ve ever written. When the opening scene came to me, my first reaction was, “No, I don’t want the story to go there.” But I just ran with it, and Liall grew larger-than-life. One can’t help but admire his grit and determination to survive among the vicious Vandals of his mother’s people. But their viciousness becomes part of his character and sends him down the path of darkness.

When I was a kid, I loved reading stories about the Dark Ages, Good King Wenceslaus, and the Knights of the Round Table. The clash between sinners and saints appears to be the foundation of these stories. What makes Treachery and Truth unique to this period in history?

An introduction to Christianity came to the Slavic people during the 9th and early part of the 10th centuries.

The grandfather of Wenceslaus (whose Czech name was Vaclav), Borivoj, was one of the first converts in the pagan land of Bohemia. The Czech nobles who remained pagan saw Christians as weak and wanted to rid themselves of them. Since these people lived so long ago and their story is shrouded in legend, I tried to fill in the “gaps” with what seemed plausible to me.

Since these people lived so long ago and their story is shrouded in legend, I tried to fill in the “gaps” with what seemed plausible to me. 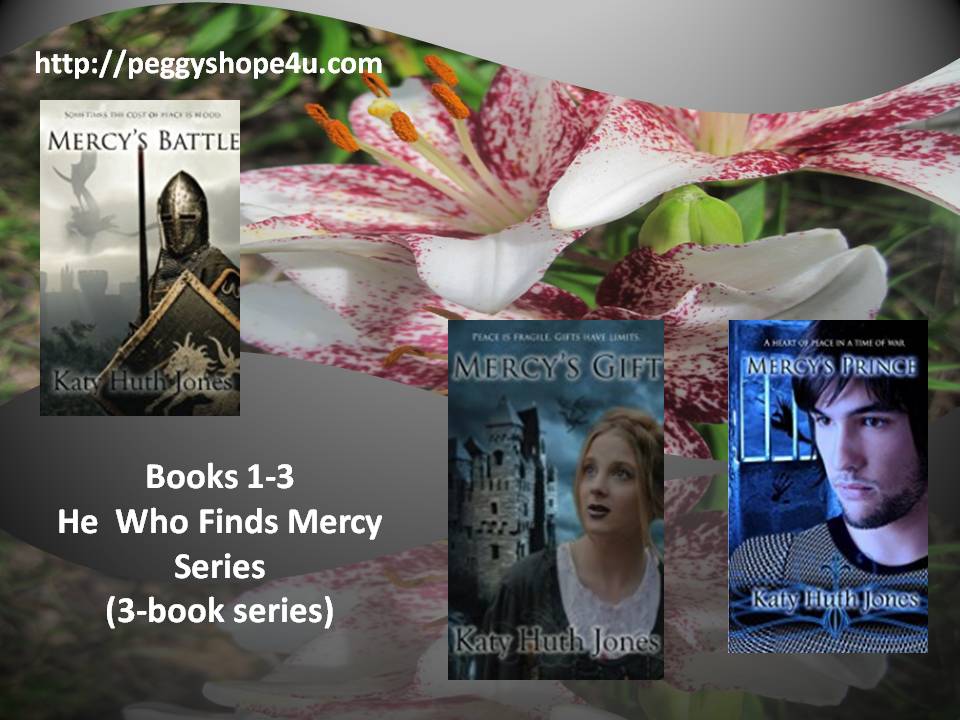 What is the pagan Duchess Dragomira’s greatest weapon against Prince Vaclav?

She understands the principles of Christianity and knows how to use Vaclav’s goodness and kindness against him.

In Carpe Diem, we follow along with your battle to eradicate the enemy we know as cancer through poetry. I’ve always believed poetry was one of the most expressive forms of writing. If you had to pick one poem that best describes your journey, what would it be and why?

That’s a difficult question! I guess if I had to choose just one, it would be “Facing the Enemy” because it captures the battle, both physical and spiritual, that I waged, not only against cancer but the forces of spiritual darkness that tempted me to despair. My faith in God was strengthened through that trial because it taught me to depend on Him and not myself.

I so agree, Katy. When I finally stopped listening to the experts and acknowledged that acceptance, I began my journey toward healing light after the brain injury.

I love your concept of aMUSEing Tales, an anthology of short stories for children. The WWO (WorldWide Orphans Foundation) receives part of the proceeds. Why did the authors pick this particular charity?

The publisher chose the concept and the charity, which is why I submitted my story. I never read if there was a personal connection for the publisher and his family, but I am glad my story, Pete in Boots, was accepted. There are some great stories for children in that anthology. 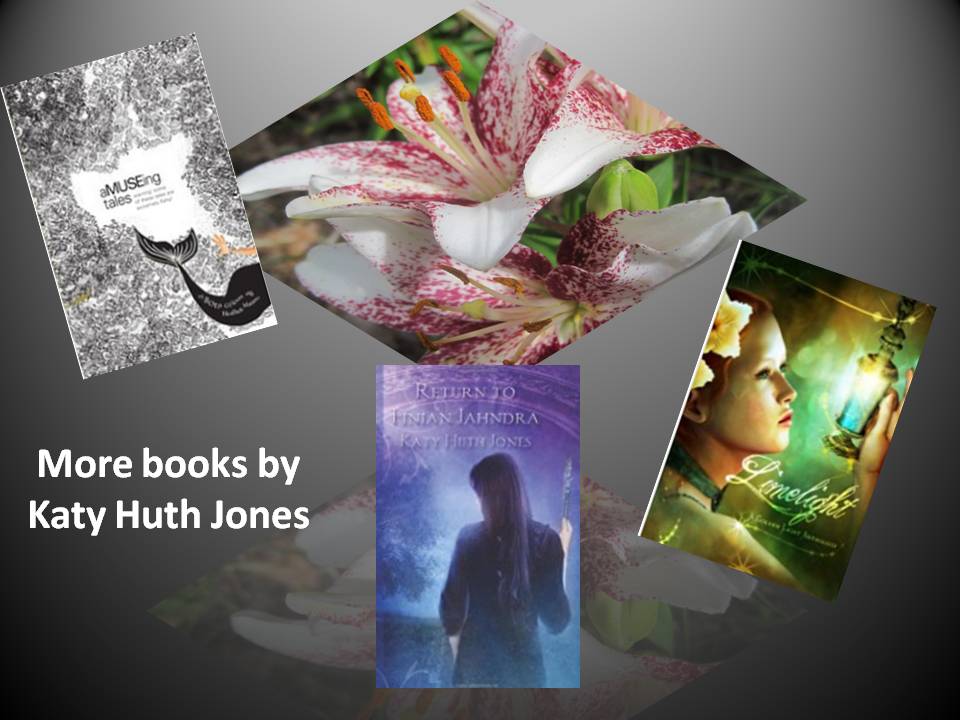 The other anthology you contributed to was Fusion, a collection of 25 fantasy and science fiction stories. They compiled Fusion from the winners of the Fantastic Books Publishing International Charity Short Story Competition in 2012. What are some of the challenges working with a group to produce an anthology?

Fusion was the first anthology by the same British publisher, Fantastic Books.

It caught my eye because the charity chosen for this book is the World Cancer Research Fund.

It was also an international contest with cash prizes for the first three places. I was only hoping for a place in the anthology.

I was completely shocked. My story, Tam, and the Giantess won first place! There were no challenges at all; Fantastic Books is, well, fantastic to work with!

Please share with us a little about your participation in a third anthology, Limelight: A Golden Light Anthology.

I discovered Chamberton Publishing wanted to put together a series of YA anthologies. One was for science fiction & fantasy stories, so I submitted a story that had been published many years ago in a Canadian magazine that had since gone out of business.

My fantasy, Tressaly’s Quest, was accepted, and I was glad to breathe new life into it.

What are the major benefits and problems associated with working with others to develop an anthology?

The primary benefits are getting feedback from new editors and readers. I guess the only “problem” is that there’s no way to know what other stories they will feature alongside yours. Sometimes they’re fantastic. And, at times they’re not ones you’d like to recommend to your readers.

One of the common things for people to do after a cancer diagnosis is to promise themselves something if they recover. Did you have a specific goal and is it something you can share?

I didn’t promise myself anything the first time (2005). My hope and fervent prayer was to be able to finish raising our youngest son, whom I was homeschooling. He was only 14 at the time.

When the lymphoma relapsed (2015) I only hoped I would have enough time to finish my Mercy series. So far I’ve finished the trilogy (praise God!) although I always envisioned five books to tell the whole story.

Book 4 is with the editor, but I haven’t written much of book five yet. If God forbid, cancer returns before I finish book 5, at least the trilogy can stand alone, so I’m content!

What advice would you give to people facing nearly insurmountable odds?

Never give in to despair. Despair cripples the soul. There is always something for which to give thanks, and there is always hope. Choose joy!

Read the above sentences again, dear readers. Accept them and memorize them. They may one day save your life too.

I am blessed to have a mother who has always encouraged me to stretch myself and leave my comfort zone. Each time I have done so, my courage has grown, and I’ve discovered hidden talents or abilities to enrich my life and those around me! I’m also happy to report that I have finally mastered the Lee-modified long form of Tai Chi! It’s the only time in my whole life I have felt graceful (and Grace is my middle name).

Thank you so much for joining us today. I love your style of writing and hope we can look forward to many more stories in the years to come.

If you want to learn more at Katy Huth Jones, you can find her at these locations: