Today, I welcome author J.C. Morrows. She’s the bestselling author of the Order of the MoonStone Series, the Life After E.L.E. Saga (releasing later this year), the Andarii Chronicles (COMING SOON) and various other stories – read more on her NOVELS page.

I love the fact that J.C. Morrows is commonly known as a “home-schooling, skirt-wearing, coffee-drinking, mother of two and full-time go-for… for her mother.” 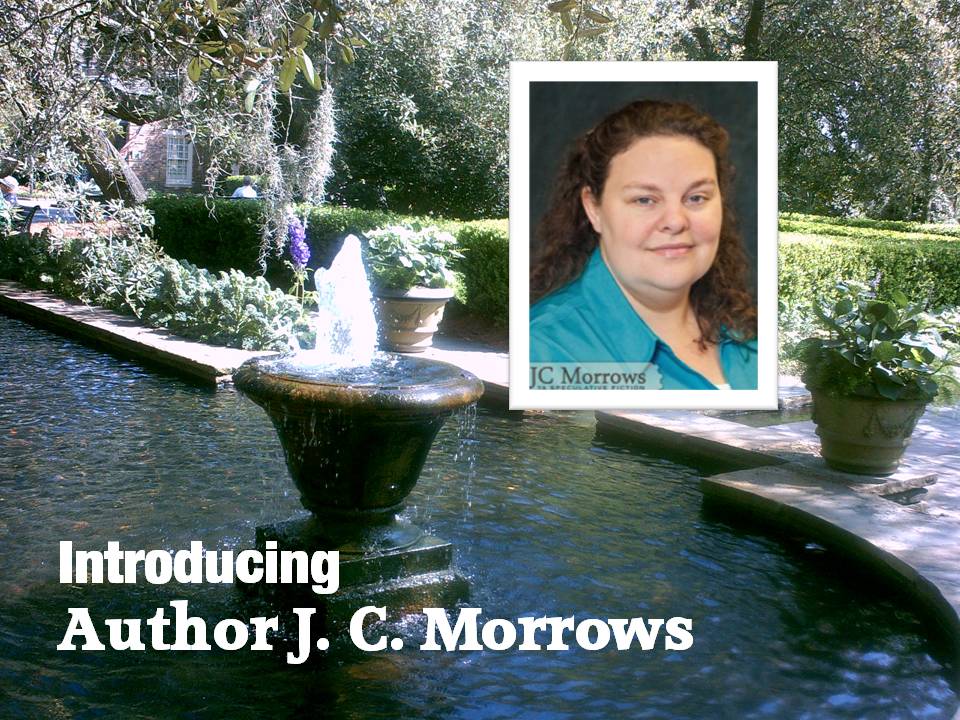 As a young girl, J.C. Morrows often told stories to her stuffed animals and her own make-believe friends. (Hmm, I used to do that too.) She never met a stranger until some time in high school. Her mother often joked that she could start up a conversation with a brick wall – if she thought it would talk back to her…

She thought it was perfectly normal to hear the voices of characters in her head, to see otherworldly visions all around her, to live in her own story worlds during quiet times… and sad times – but then she grew up and the world told her to put away those “childish things.” So, she got a job and learned how to be an adult. (Her background sounds remarkably familiar to me. I wonder if all authors didn’t grow up making up stories in their heads.)

GOD had a plan for J.C. Morrows and her stories never really stopped. They simply lay dormant for a time… waiting until she was ready to hear them again.

Now she happily spends most of her time living in a fantasy world of her own making. She regales those around her with tales of aliens and villains, epic wars and war-torn kingdoms struggling to rebuild – and whenever possible, she gets those stories down on paper (or on her computer at least) so that one day… she can share them with you as well.

What inspired J.C. Morrows to delve into a writing career in the genres of #PostApocalyptic & #YADystopian novels?

Inspiration is a funny thing. I have been a fan of fantasy for as long as I can remember. I enjoyed losing myself in the wonderful worlds of characters that were so brave and adventurous. Some of the best memories I have from childhood were the times I allowed my imagination to carry me away to places like the world of Pern to ride dragons, skipping around the universe to explore with the Raven family, exploring my beloved Ireland in the time of my celtic ancestors, and watching as Arthur ruled as fairly as possible, while surrounded by treachery and deceit.

The first novel I actually completed was nothing at all like what I expected. It was a fantastical story of a woman who is ripped from her family and spirited across the galaxy to a war-torn world where she is changed into an odd-looking alien and made to fight in a war she has nothing at all to do with. From there, the story of a young girl who stumbles into life as an operative for an underground resistance organization isn’t so unbelievable.

For my readers who don’t typically read this genre, can you explain what it means when people say your books have a #SteamTheme?

Some of you may have heard the term “Steampunk”…

When I say “SteamTheme”, I am referring to the fact that my world has cast off nuclear and petroleum-based power, in favor of steam. And, while it’s not really related to the steam issue, they have also returned to a more Victorian era style of dress, which is also typically associated with the “steampunk” movement. Essentially, I’ve taken bits I like and woven them into my characters’ world.

Have you always been a fan of romance novels?

Yes! I am a romantic at heart and I’ve always been fond of the idea that somewhere out there is a prince charming waiting to rescue me when I need him the most. It hasn’t been my experience, but I have never lost my hopelessly romantic heart.

Of all the characters in your books, who is your favorite villain?

My favorite villain is from a story that may never see the light of day – unless I can figure out how to do it right… without everyone being absolutely certain I am imitating another popular series that contains similar elements.

She is the sort of wicked, evil, queen that you love to hate – and she does what she chooses for no other reason than that she wants to. She has no redeeming qualities. But I can’t help it… I love her because she gave me my hero and I LOVE HIM so much!

Do you find it more troublesome to write villains than protagonists?

Surprisingly, villains are typically easier for me to write. They just always walk into the story evil and full of themselves and toss me this look like “I’m here. Deal with me.” 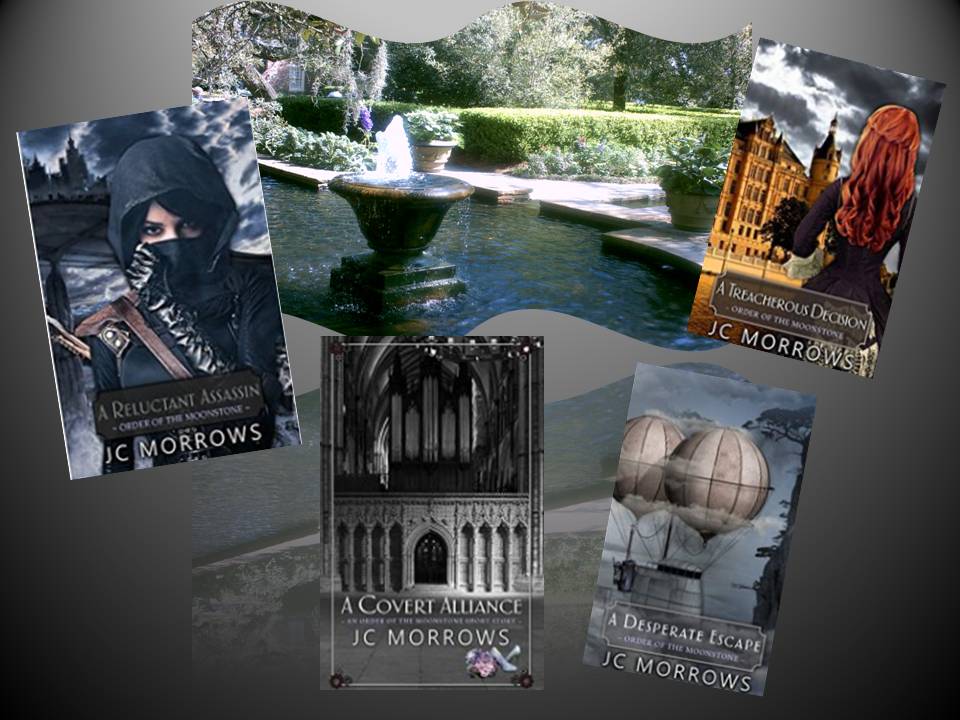 In the first book of your “Order of the MoonStone” Series, A Reluctant Assassin, you send an assassin named Kayden in to kill the Prince. That’s quite a twist on the old Princess and Prince Charming angle. How did you come up with the idea?

I’d like to say I thought of the tagline: “What if CInderella had been sent to kill the Prince?” first and ran with it, but honestly I had no idea it was going there until I had written the entire series and started editing. It just developed that way. Of course, once I came up with the tagline – a line Kayden tosses off in irritation one evening while pacing back and forth in her room at the palace – I saw little bits of the original fairy tale woven throughout her entire story. I suppose the answer is; I didn’t really come up with the idea. It was always part of the plot.

You have several more books and short stories in this series. I don’t want to give any spoilers for people who haven’t read the first book in the series without asking if they can be read as stand-alone novels.

I did try to write them as standalone novels, but the series is so much better if you read it from the very beginning and in order, putting the short stories before and between where they go (the order is on my website and inside each book).

What is the most powerful curve you threw at Kayden in the series?

It hasn’t come yet – and as much as I would love to share it with you, it would be a huge spoiler. I will say this: it happens in book 5, but I’m certain everyone will think it’s in book 4. Just trust me when I say; it’s still to come. 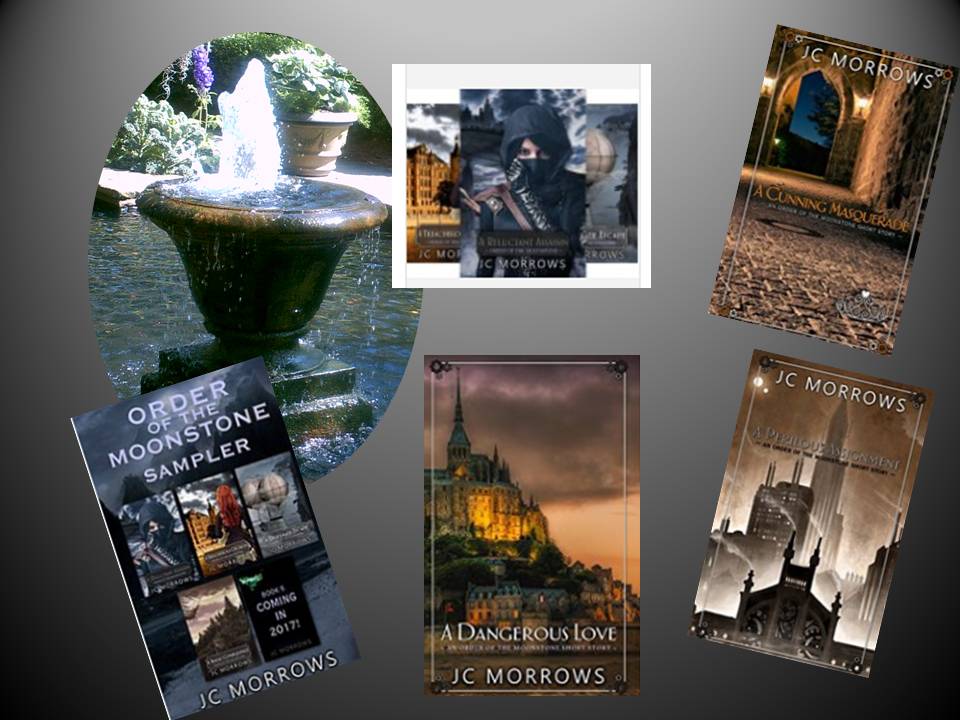 Please describe the Prince and tell us a little bit about the forces that wish to keep him from the throne.

That is also a tricky one. I can tell you what appear to be the forces wishing to keep the Prince from the throne, but you just need to trust me when I say there’s more to it.

The Prince has the unfortunate misfortune to be of a lineage that was not meant to rule a people. His Great Grandfather rescued a war-torn United Republic of America from a particularly nasty dictator and for a time everything seemed to get better, but alas, King Regald was not meant to be a leader – much less a King. His son’s rule was mercifully short, but enough damage was done there as well to earn the Fortine family a horrific reputation.

King Regald II (Prince Dvarius’ uncle) might have done a much better job if he had been on the throne for more than five years, but his rule was cut short by a tragic death as well and Dvarius’ father took over. In the twenty years he ruled, he made the most effort and progress toward bringing the country back to where it needs to be. Now that falls to Dvarius – if he makes it to the throne, that is.

It is not the final book. Book 5 is scheduled for release next year. That will be the final chapter of this story, though there could be a few companion stories that still need telling. 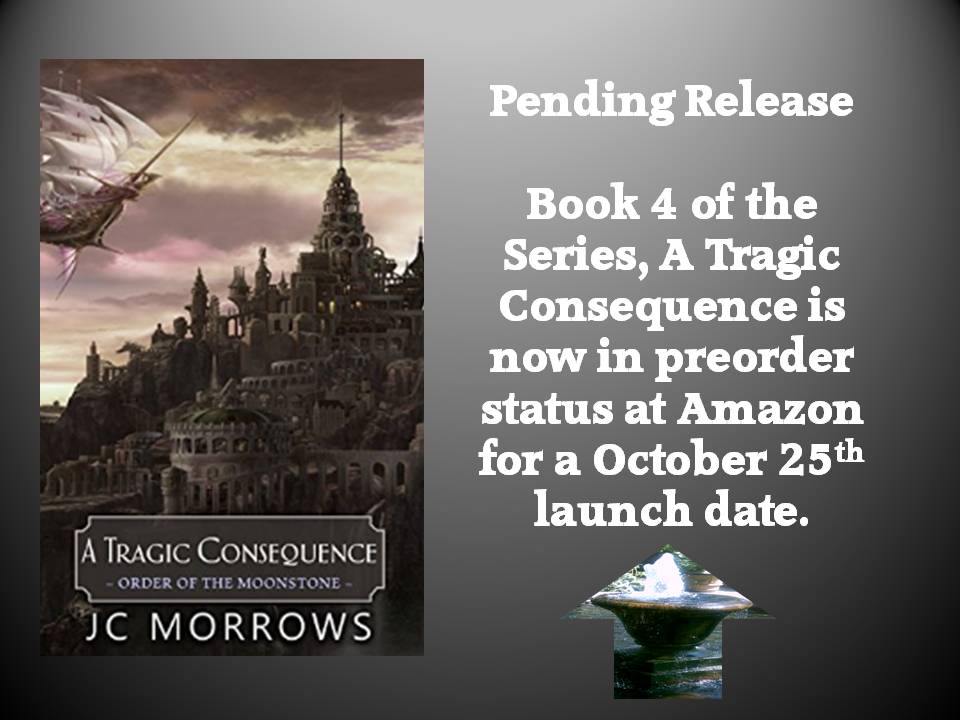 I want to make sure my readers are aware of two public appearances you have coming up soon:

What do you like best about public appearances and how do you prepare for them?

PRAYER! Making the #Swag I hand out to my wonderful readers, Doing inventory to make sure I have enough books, Packing an extra outfit and being certain I have absolutely everything I need… which is, of course, impossible. I almost always forget at least one thing.

Where does J.C. Morrows most enjoy going for a summer vacation?

Myrtle Beach! Of course, I was on deadline the last trip we took there, so most of it was a bit of a blur. I’m looking forward to the next one – and doing everything I can to make certain I am NOT on deadline.

I notice your greatest fan is your mother. I lost mine shortly after my first book was published and I miss losing my greatest fan. Does your mom help critique your books? Or, does she sit back and simply enjoy the incredible talent of her daughter.

I am so sorry to hear that. I cannot imagine what I would do without my mother. She isn’t just my biggest fan; she is my best friend!

And yes, she is the first person to see every manuscript I finish… sometimes before I finish.

Your covers are incredible. Tell us a little bit about your cover art.

THANK YOU! The covers are nothing like I imagined while writing the series, but they are definitely amazing! I have a post up on my blog about the original concept for the cover of book 1. While I still love the look of it, it never made it further than a mock-up – and I have to admit that I really do love the final cover. It’s amazing!

If you could pick one spot in the world to live while writing your next book, where would it be?

A castle in IRELAND!

What was your favorite vacation spot in the U.S.?

Key West! I went once in high school, and I have always wanted to return!

My blessings go out to J.C. Morrows for the time she spent in answering this author/reporter’s questions. (Yes, I do write articles for the local newspaper occasionally.) Be sure to take the time to get acquainted with her clean, “Flinch-Free” writing style.

You can learn more about J.C. Morrows or contact her at these sites:

5 thoughts on “J.C. Morrows Invites You Into Her Fantasy World”