Today, I have the pleasure of introducing you to one of my favorite people, Alex McGilvery. Alex lives in a mining city in Canada on the boundary of Manitoba and Saskatchewan called Flin Flon. I don’t know about you, but I’d love to say I lived in Flin Flon. It seems like the perfect place for a fantasy author to live. 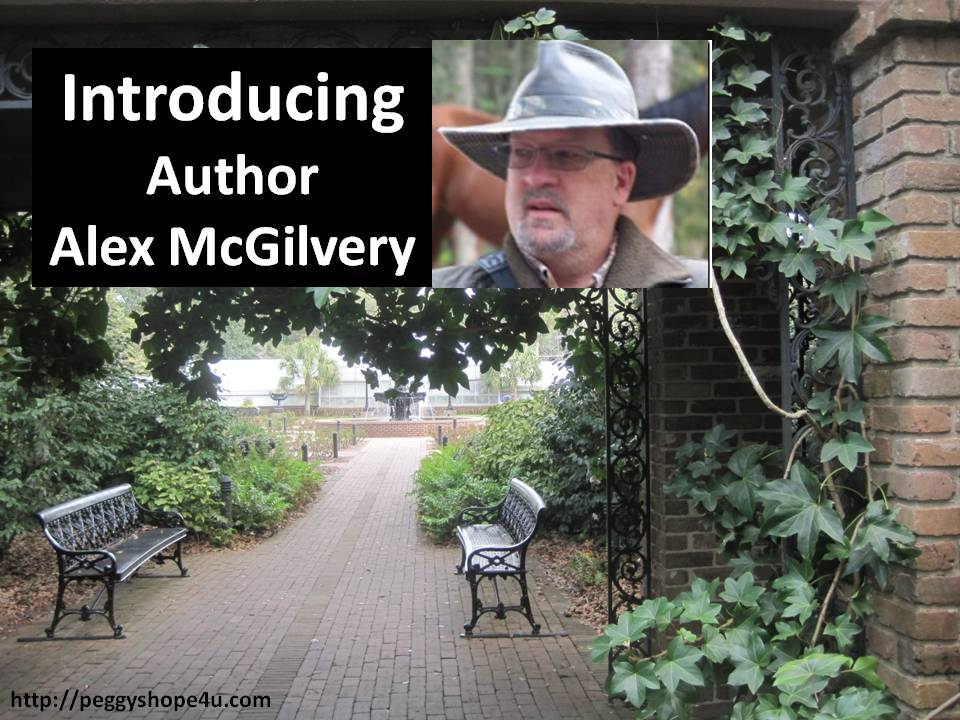 Alex McGilvery doesn’t draw the line at being a fantasy author.  His career began in grade school where he turned his love of reading into a new passion: the love of writing. (He never published any of those stories – that he admits.) In addition to fantasy, Alex writes thrillers, horror stories, and anthologies which may touch on other genres as well.

What I love about Alex is his passion for helping other writers achieve their dreams and work toward perfect copy by recognizing their mistakes along the way. I’ve probably challenged Alex more than any other writer who uses his editing services. My dedication to falling in love with a word and using it repeatedly over several pages must drive him nuts. I’m well-rounded, and consistently switch favored phrases/words throughout the first blush of a manuscript. (I only wish I knew whether I did that before the brain injury too!)

Alex lives with his wife and muse, Alexandra and their two dogs. He’s a dedicated father and grandfather, who puts family first. Never a man to sit back and relax, Alex works as a minister to pay for his writing habit.

Welcome, Alex McGilvery! I’m curious, did you grow up in Canada?

Yes, I misspent my youth in Toronto, Ontario, which even then was one of the most diverse cities around. My mother’s family goes back a couple of hundred years, and my dad emigrated from Scotland, hence my love of Scotch.

Outside of family, the church, and your writing, what is one of your other favorite pastimes?

I’m a photographer and have more photos than I can count in the old fashioned paper variety as well as tens of thousands o digital shots. I’ve been lucky enough to get a few pictures in magazines and newspapers and even got a kind of, almost honorable mention in a recent photo competition.

I also make knives. They aren’t pretty, but they are sharp. I may be teaching a course on the process this fall and will have to work on the visually pleasing part of things. 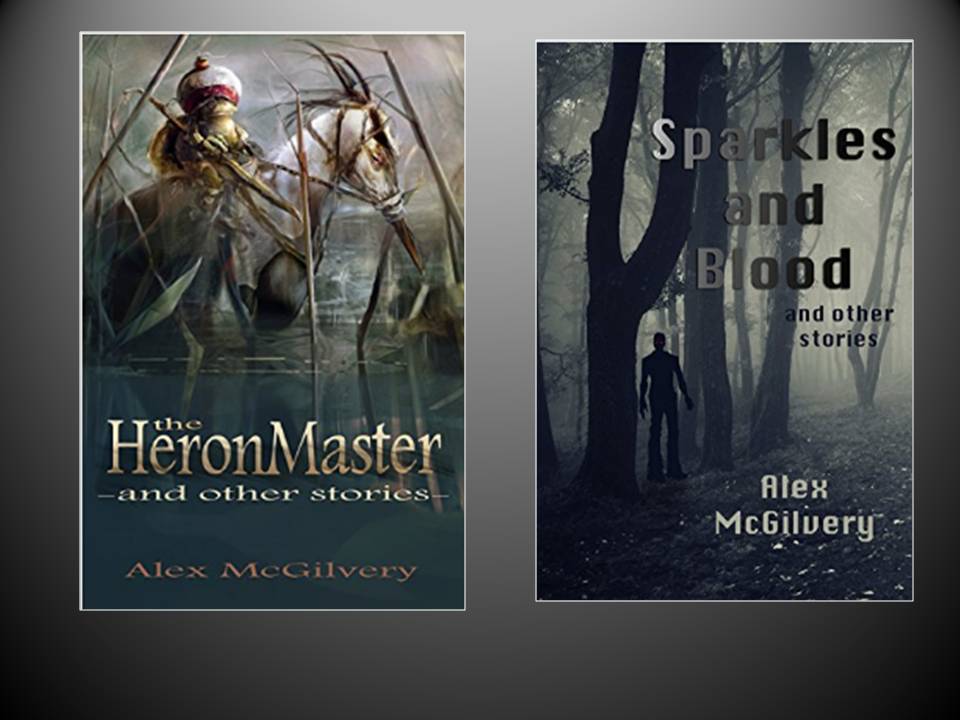 The Heron Master is the second collection of stories you’ve published. The signature story is a tale about Leaper who grew from a tadpole into a legend. What inspired this and other stories in the collection?

The Heron Master is a book in which the cover illustration came first. My friend, and very talented illustrator, Wil Oberdier created the cover picture for a contest on a now deleted website. Later, I entered the story as part of another competition where we needed to pick a photo to inspire our tale. When I decided to publish the book, I bought the rights to the picture for my cover.

Madison’s Meteor, which is Alexandra’s favorite story in the book, started as a “prompt” story for yet another now defunct website. I added chapters with new prompt over the next year. Then it was a matter of rewriting it for consistency, including making sure one of the main characters had the same name through the entire story.

Your book, Sparkles and Blood, takes us into the genre of horror.  How long does it take Alex McGilvery to write a Novella and can you explain to my readers what that is?

Technically a novella is between 20 and 40 thousand words, depending on whose list you choose. It is a story which is more complex than a short story can be, but not as complicated as a full novel. In mine you’ll find well-developed plot as well as characterizations, but not a lot of subplots. They’re great for a quick read. 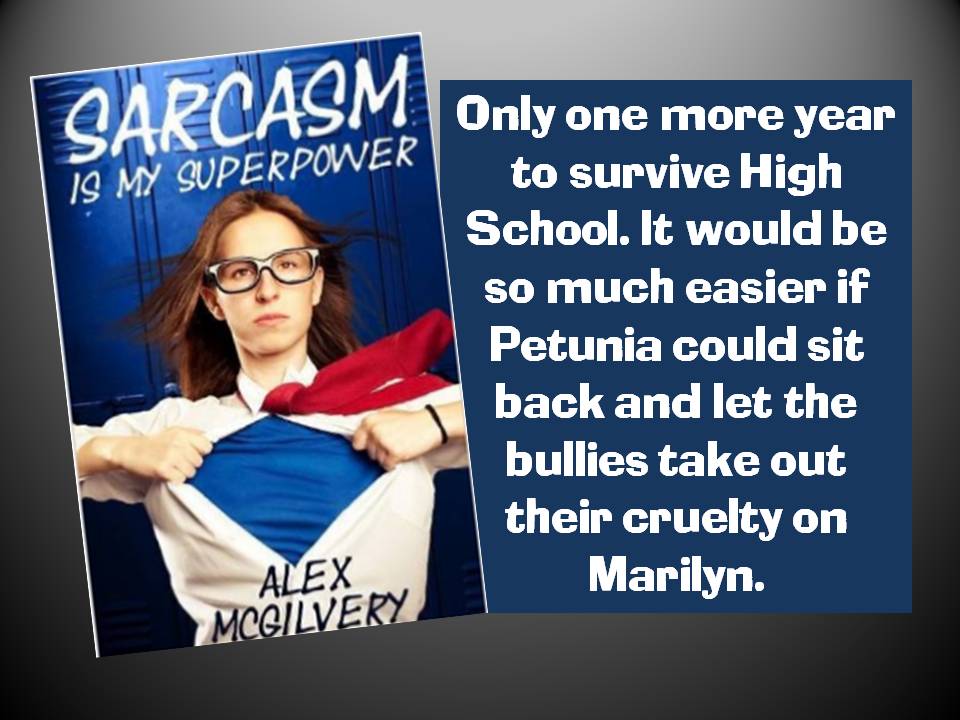 I love the cover of Sarcasm Is My Superpower! She reminds me of who I was before I finally got my first pair of contact lenses. Girls in glasses typically didn’t make it into the inner circles of the most admired and popular girls when I went to school. How do you get into the head of someone of the opposite sex when you’re writing a book from their point of view?

Yours is a question which gets bandied about on writer’s boards across the web. The truth is for me, the character is what is important, then, their gender is expressed as part of that character.  When we worry too much about how to write male or female characters, it is easy to fall into old stereotypes. So, Petunia is a lot like I was in school, but her femininity isn’t much more normal than my masculinity was. She knows she’s a girl, so the reader goes along with it. Marilyn was a harder character to write, for reasons which become obvious in the excerpt on my site. I’m still on the fence whether I did her justice. I wrote a ‘sidequel’ for her entitled Becoming Marilyn which will be out in 2017. (There I’ve said it, so I have to make it happen.) 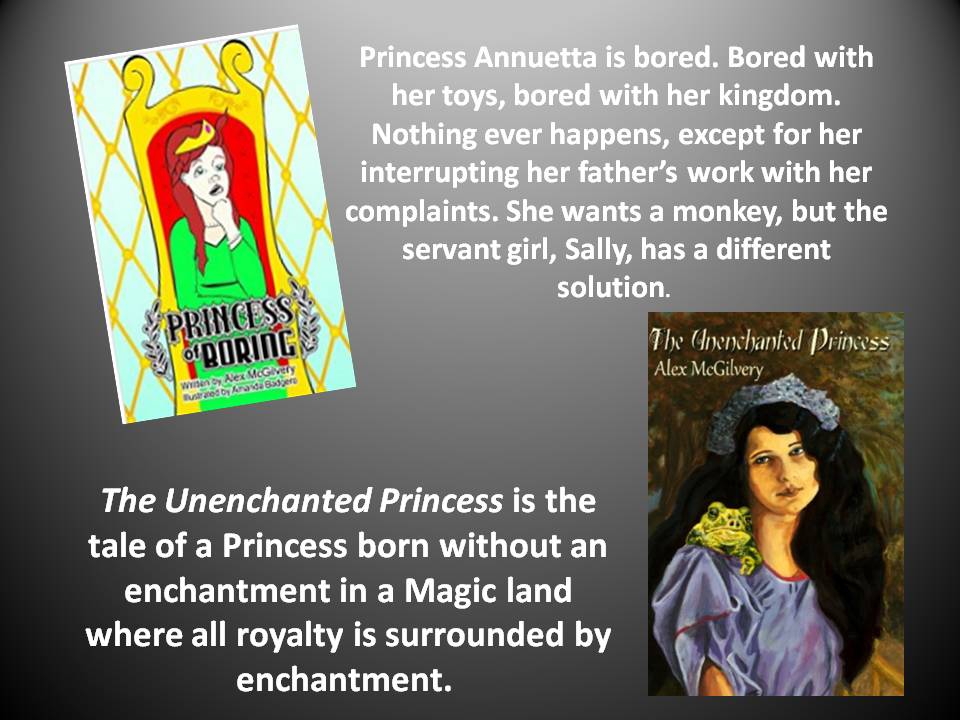 Every little girl loves princesses. What makes your books unique?

The Unenchanted Princess is my first published book. It started as a Christmas gift for my wife, hence the Princess, Alexandra. She doesn’t have magic, but she has management skills, as my wife points out. The story is about how she and her friends define themselves outside of the accepted roles and expectations.

Many many years ago I wrote an awful, short story about a Princess who was bored all the time. A dragon came and threatened to eat her, but it turned out the dragon was just bored too. She learned to be creative to keep from getting eaten. Last year the story came knocking on the inside of my skull and demanded a rewrite. Princess of Boring is the result. No dragons, sadly, but a better story of how one girl learned to deal with boredom.

By The Book follows Paul and Daniel as they follow a quest given them by God. I’ve believed God has directed me in this life, only to realize I completely misread the message many times. How does their faith limit or improve the friend’s chances of success given the quest?

The quest is not at all what the friends think it is. They start off naively following the advice of the Page which God has given them, as they have followed the Book since they learned to read. As they become more thoughtful and complex, faith and their trust in God becomes something very different from what we see in the opening scene of the book.

As a minister, do you find people question God frequently?

Questing God is an essential part of faith. Both questioning how we know God exists, but also questioning why God does things the way he does. Almost every person called by God in the scriptures has a conversation where they politely or not tell God she’s nuts for asking them to do the work.

As a minister, I’d like to see people questioning more, especially the second way.

In the book, Playing On Yggdrasil, you tell the story of Justine who is struggling with bullying and grief. How do you believe faith and hope can help us during those times like after my brain injury when the doctors gave me no hope for recovery?

Justine is one of those golden people who transform whatever they touch. I had to work very hard to keep her from becoming a Mary Sue. What I hope comes through the story is that pain is part of life. Only the dead are free of it. What brings up hope is the possibility we can transform the pain into something positive, whether courage to step up and stop bullying or a story which helps people live easier with what haunts them.

Many of my readers are also authors. What are the three primary errors you see in most people’s writing?

There is the dreaded overused word which you mention at the start. Even experienced authors have lists of words they go through their manuscripts searching out and fixing. When we write the first draft, those are the words which come to mind and trying to stop to change them can slow us down or even stop the flow of the story. Catch them in the rewrites.

Another problem is the temptation to explain everything up front. I can’t tell you how many first chapters I’ve read which were dissertations on the characters and their lives to this point. As an author, we need to trust the reader (I always hear that in Obi Wan’s voice talking to Luke). Trusting the reader means leaving things unexplained until they must be explained, Not pointing out the obvious connections between plot points. Dropping hints to foreshadow future events, not lead bricks.

A third I’ll use to explain the ‘Mary Sue’ comment I made above. A Mary Sue is a character with no flaws, or they have flaws which are really advantages. Characters which are perfect are boring. Your characters need to make mistakes, get angry, feel things deeply It isn’t enough to have a token flaw, but that flaw like the tragic flaw in Greek theater must drive the plot. The more broken the character, the more we can empathize with them.

Write your story. And while you write, don’t worry about quality, style or whether anyone else will ever read it. The first draft is all about the story. Then when it’s finished, and you’ve let it rest a while, read it like a reader would. Mark the places which work, and the places that don’t. Make notes in the margins.

Once you’ve gone back and knocked the rough edges of, get someone else to read it. Preferably, find someone who has nothing to lose by telling you the truth. Listen to them, but don’t let them push you away from the story.

The advantage of using a professional editor here – a content editor at this point – is they’ve had experience moving stories from ‘not quite ready’ to ‘great’. But like a therapist, don’t just work with the first one you find. Make sure you like their style, and they can work with yours. In the end, the book should reflect your voice, not your editor’s. 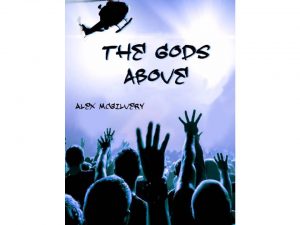 Thank you for stopping by today, Alex McGilvery! It is always a highlight of my day to chat with you.

Readers, this is your opportunity to ask a book editor any questions you may have about publishing your first or fifteenth book. Use the comments below to take this opportunity to chat with the expert. In one week, I will do a drawing of all the names who have responded and give you a copy of Alex’s newest book. Be the first in the world to own and read The Gods Above.

You can connect with Alex:

Sign up for Alex’s Newsletter here and get 25% off Alex’s new release,

The Gods Above will be released on October 25th.