One of you is suffering from crippling depression as I write this. I know. I’ve seen your Facebook posts. You can’t find inspiration or hope in life right now.

My heart bleeds for you because I’m also struggling with the monster as I write this.

The difference between us is that I’ve discovered the ultimate weapons against depression are anger and determination.

Let’s look at it together, and maybe, just maybe you’ll find some hope in my struggles.

A Rung on the Kübler-Ross Model of Grief

Depression is nothing more than one of the rungs on the Kübler-Ross Grief Model.

Who doesn’t experience grief when someone pulls the rug out from under their life?

Isn’t that similar to dying in some ways?

I’ve experienced depression many times on my life’s journey and quite frankly, it stinks! I wouldn’t wish this on my worst enemy.

My depression manifested as isolation during my abuse as a kid. I used to crawl into a little closet under the stairway to read my books because I knew the monster couldn’t reach me there.

I tried so hard to fit in at school. All I wanted was or the kids to like me. When they accused me of something I didn’t do in my Sophomore year, I took every pill I could find in the house. That was the stupidest thing I’ve ever done. It nearly killed me.

I suddenly realized how badly I wanted to live when the doctor told my parents it would be several hours before they’d know whether or not I’d live. They had waited too long to take me to the hospital fearing what the neighbors might think if they found out what a stupid thing I’d done.

The car accident in the 70’s dropped me into an abyss that took over five years to conquer.

I struggled with a brain injury and severe neck and back injuries.

I couldn’t speak in words others could understand,

I couldn’t be active more than a couple of hours each day, and I frequently lost control of the left side of my body. I remember putting my left arm in a sling regularly because I was embarrassed when it hung lifelessly by my side. 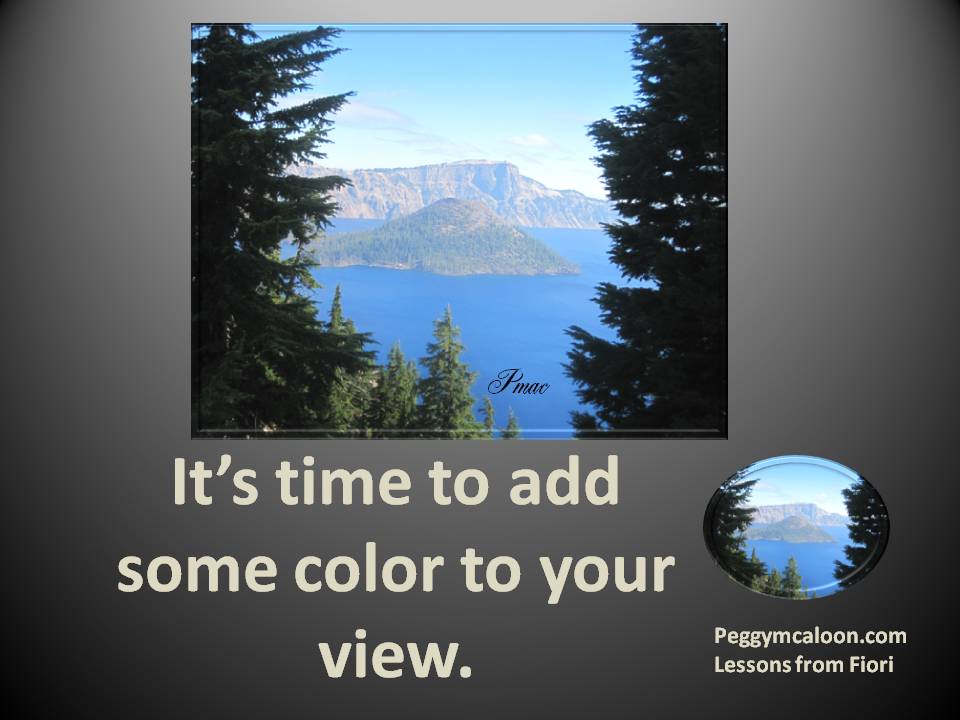 Depression takes all the color out of life and makes everything around you dull and lifeless. I’ve walked the colorless path more than once in my life, but this time, around it all caught me off-guard. I wasn’t ready to fight the demons yet again.

The doctor who told me ‘walking was no longer on my list of approved activities’ created this most recent round of depression. I’d suffered a fall in London when my foot became entangled. I fell to my right, but my foot and leg remained pointed to the left. My left leg was rotated roughly 150 degrees backward.

Nothing has worked. I’ve been through therapy, radiology, and have had at least three steroid injections since the fall.

I write a blog about hope because I survived and thrived after every single setback in life. Why am I having such a tough time with this one?

That’s the question that has to make an impact on you. But, is that the real issue?

What if the answer is that you’re just plain tired. You’re frustrated and angry that once again you have to fight through a challenge in life you didn’t expect.

It makes you furious to know that others seem to waltz through life with few challenges, surrounded by a bed of roses.

Each of Us Struggles With Depression At Some Point

The shock for me came with the fall in London. I experienced denial like you before I finally accepted the fact that this injury is not going to fix itself.

I wallowed in a depression I was too embarrassed to admit to anyone. I kept working.

You understand what it’s like to push ahead when you want to quit.

I defied the disability the same as I did after the car wreck.

“Toughen up and get to it, stupid!” Those are the words that kept scrolling in my head.

I’ve decided at this stage of life that the only person who’s going to determine whether or not I can do something is…well, me.

As far as I was concerned, the testing and solutions segment of this journey appear sorely missing.

No Clear-Cut Path Out

I have some arthritis in the hip, but that doesn’t clarify why all these other symptoms exist. It also doesn’t answer the question of why I can barely stand up since the fall but walked three miles a day with no problem before the fall in the British Isles.

For me, the answer boils down to “Cause and Effect”. I believe the underlying issue is a systemic reaction. The lupus tests today come up negative, but they were off the charts for lupus after the car accident. Some hybrid auto-immune issue is attacking the joints in my jaw, hip, knee, and foot. I know the answer, but it doesn’t fit the standard mold for a diagnosis.

That brings me back to you.

Depression stems from not having the answers.

Why do you feel this way?

What can you do short of taking massive amounts of drugs to get back to a life you enjoy?

I don’t know about you, but I’m tired of sleepless nights. Unlike Prince, I refuse to take the pills as a solution. The consequences can be far too deadly.

I hate that I can’t get down on the floor and play with my grandchildren.

I detest the fact that I can’t come up with a logical answer so I can help both of us.

My gut tells me some of this goes back to the original brain injury and the fact that my body doesn’t signal symptoms appropriately. I drove them nuts after the car wreck when I’d go in complaining about how badly the left side of my neck and shoulder hurt only to discover the X-rays showed the problem was the disc was ballooned to the right of the spine. I was supposed to feel pain on the right, and yet I didn’t.

I don’t know what’s causing your depression, but my heart bleeds for you.

As I attempt to find any comfortable position at two in the morning, I picture you walking the halls in your home.

I’m convinced there are answers and solutions for both of us.

I’m angry that my problem seems to fall outside the box of typical occurrences. That anger is enough to keep me going.

I will set the rules, and I will determine the course of treatment with the help of the experts I choose.

You can get angry too, and demand the changes necessary to get your life back on track. We have too much living to do yet to give up.

The war with depression is not the end; it’s only a rough beginning.

Depression is not what your life’s destiny. Walk with me on the Road to Hope and we will both benefit from the journey!