Daughter of Magic is a Coming of Age – Paranormal & Urban fantasy written by Teresa Roman. I chose the book to explore more fully other authors of Coming of Age novels, and Roman is not an author I’ve read before.

The book does contain sexual intimacy out of wedlock and teen drinking which my clean readers may find objectionable. There are also some editing issues such as missing words in sentences that are mildly annoying.

The storyline is engaging, and many readers who enjoy paranormal, fantasy, and romance will want to read the next book in the series. It’s a quick read about a young girl named Lilli, who loses the only father she has ever known to a heart attack. What’s more tragic is that she also lost her mother when she was an infant. Faced with a typical teen’s insecurity, Lilli struggles in a world in which everything she’s cherished gets ripped away from her.

You will enjoy Lilli’s journey as she begins to uncover the untold story of her beginning in this world. The terrifying visions and dreams which have haunted her since childhood begin to make appalling sense. She begins to discover the dark past her mother tried so desperately to shield her from all these years. Lilli and her friend Devon start an exciting, and nail-biting journey to escape the demons who intend to destroy her before their colony discovers the girl raised as a human threatens their current beliefs. Will Lilli ever master the power she needs to survive or will the demons control the future?

Lilli sees things no one else does.

Desperate to make sense of the dreams and visions that have plagued her since childhood, Lilli confides in her closest friend: Devin, the boy she’s fallen for recently.

Instead of questioning her sanity, Devin confesses to secrets of his own, which are far darker. His revelations about magic, witches, and demons stun Lilli. But it’s what he knows about Lilli’s mother, long believed to be dead, that leaves her feeling betrayed. Despite her anger, Lilli will have to learn to trust Devin again, because he is the only one who can protect her from a dark danger that’s coming for her from a world away.

Daughter of Magic is the first book in a young adult urban fantasy series. If you like surprising plot twists, with a side of romance and the paranormal, then you’ll love this first installment in Teresa Roman’s page-turning series. Pick up your copy to discover this intriguing new series today.

Teresa Roman writes contemporary and paranormal romance for adults and young adults. If it were possible to be born with a book in her hands, that’s how Teresa Roman would’ve entered this world. Her passion for reading is what inspired her to become a writer. She loves the way stories can take you to another time and place.

Born in Romania, Teresa has lived in the Midwest and on both coasts but currently calls Sacramento, California, her home. She lives there with her husband, three adorable children, three cats, and a dog. When she’s not at her day job or running around with her kids, you can find her in the kitchen, baking something sinful, in front of the computer, writing, or with her head buried in another book. 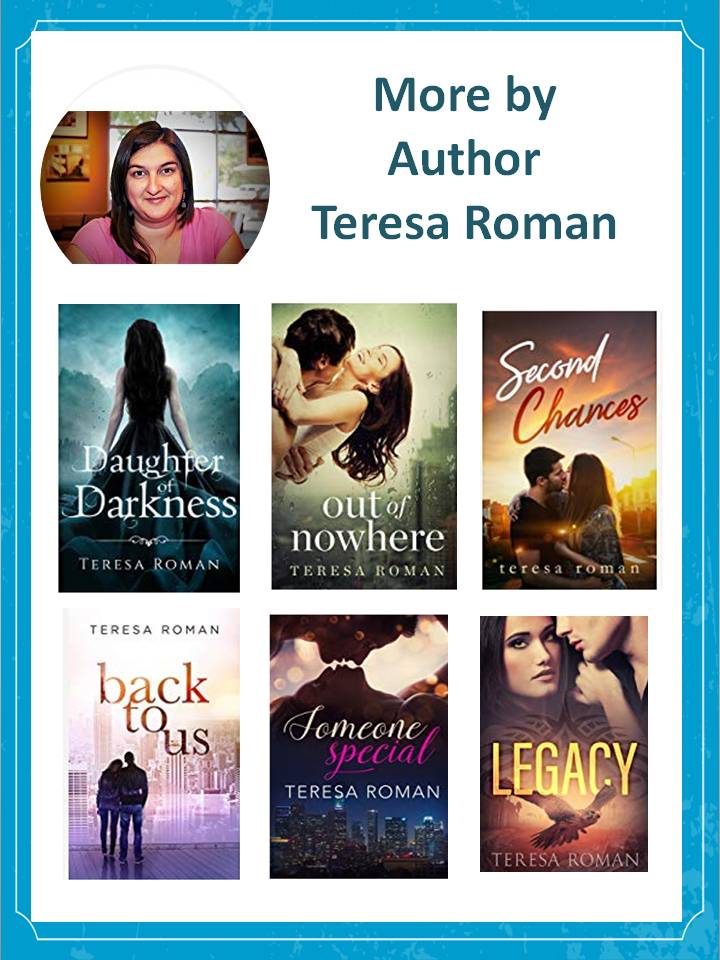 About Daughter of Darkness – Book 2 in the Series

Lilli never imagined that a place like the Wilds—where magic and witches, shapeshifters and demons exist—could be real.

Lilli also never dreamed she’d fall in love, or find the happiness and peace she’s yearned for since childhood. Now that she has, the only thing standing in her way is her father. Zoran is on a quest to overtake their magical realm, but he wants his wife and daughter at his side. With Zoran’s dark powers growing, Lilli must find a way to quietly outwit him—turning her back on the man she loves in the process—before her father destroys the people, home and happiness that she refuses to give up without a fight. 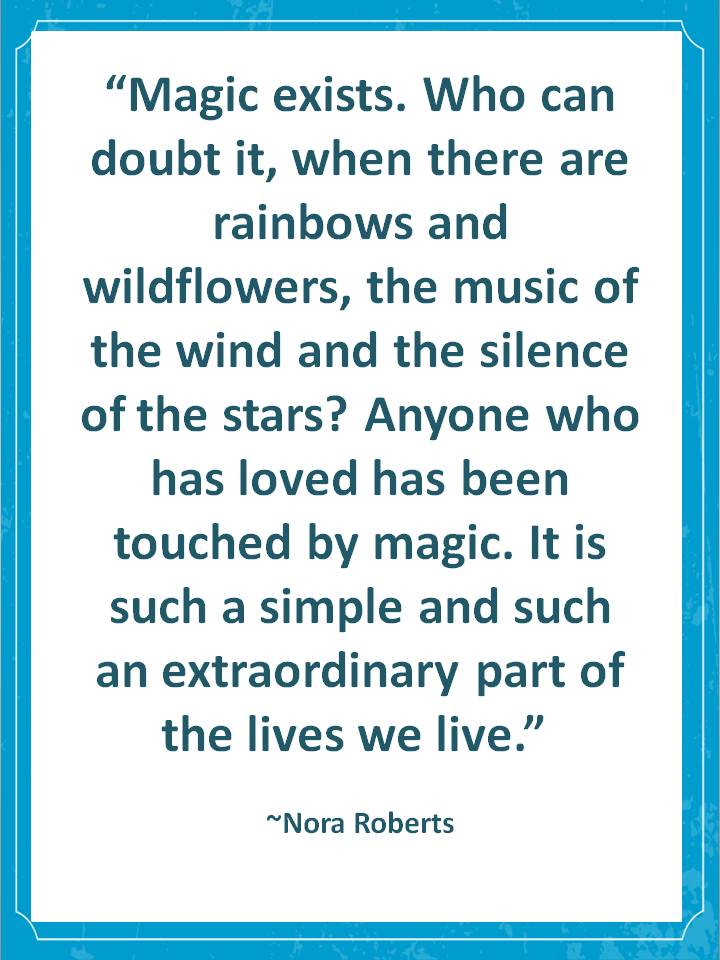 We all love a little magic in our lives. Give Teresa Roman’s series a chance if you want to add some excitement to your reading shelf.