When Did It Become Okay to be Crude and Rude in Public?

I grew up in the 50’s with all the other baby-boomers. Our generation was the precursor for the turbulent 60’s as we embraced modern art, the civil rights movement, the gyrations of Elvis Presley’s hips, feminism, and the peace movement. Our elders admonished us to be proper…crude and rude was not an acceptable trait in public for a youngster.

My journey to adulthood in the 50’s was more turbulent than most of you could ever imagine.

The abuse began before I was old enough even to understand some of the crude jokes my father repeated at the kitchen table each evening. The majority of those jokes came from Father K. who presided over the local Catholic Church.

Mom would blush and whisper, “Darrell, not in front of the kids.”

I couldn’t imagine our minister ever telling an off-color or sexual joke to anyone. So this priest of crude jokes was an acknowledgment that perhaps most men were like my father.

That one single lesson frightened me more than anything I’d experienced in life so far. The enemy was close enough to grab me.

Crude Behavior Expands in My Universe

Junior High brought out the same behavior in the boys that I saw in their fathers when the men all got together and huddled to share jokes.

The boys snickered and pointed when one of us girls had to leave the classroom to go to the bathroom when we started our period. May heaven help a girl if she allowed a bra strap to slip out of a shirtsleeve.

The questions my brother asked after hearing discussions in the locker room bothered me more than anything. How could these guys say so many horrible things about my friends? Their crude comments made some of the girls sound like prostitutes. How could that be in our small town?

The guys became even bolder as I moved through high school and on to college. What guy in his right mind thinks it’s appropriate to grab a girl’s breast?

I’d moved beyond my protected little community and out into a world suddenly filled with racial slurs and harassment. (Not that I hadn’t heard these same things from my father’s mouth in the past.) The difference was that in the past, I hadn’t known anyone of color, much less met kids from other countries.

The crude language passed between students as quickly as a river rapids after a spring rain. Nothing seemed sacred any longer. But, at least they tried to hide their words as they whispered, pointed, and laughed at the current subject of their attention. 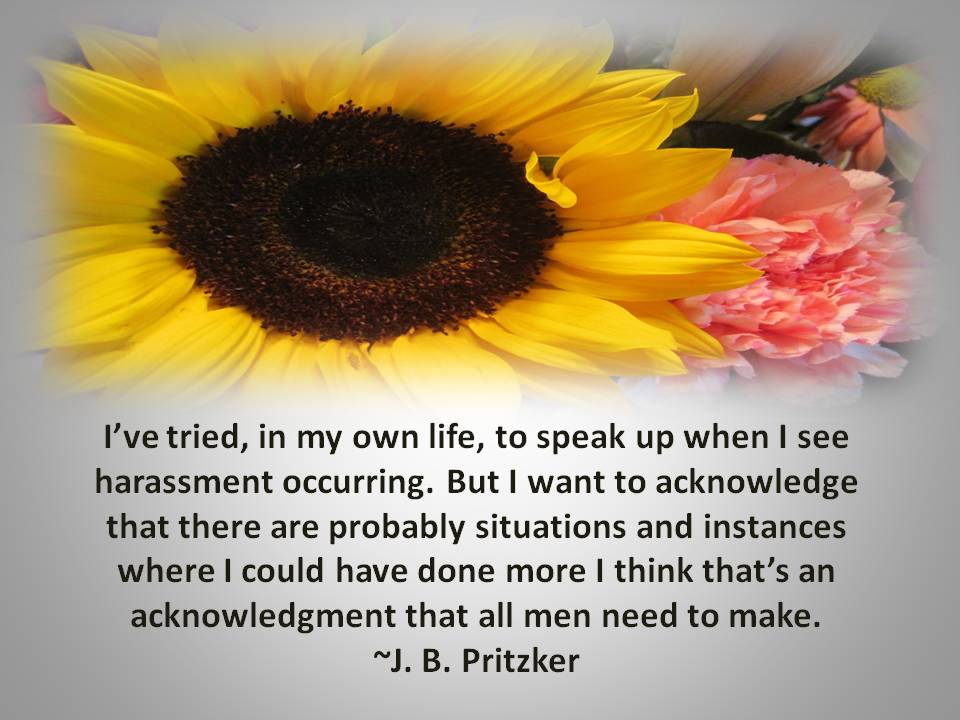 Crude Is Commonplace – Rude Is Expected

I shudder to think what my grandfather would say if he were still alive to see the vulgarity that now fills the streets and airways of our nation.

Perhaps part of the problem is that we no longer interact with people directly. We use our cell phones and tablets for that. The humanity has been taken out of the discourse.

Is it any less crude or rude when it appears on the gadgets in our hands?

It’s possible I still want what my grandfather expected in this country:

To this day I think of my grandfather before I react in anger. That has always tempered my response in every situation, but especially in the ugly confrontations.

We Are Better Than This

Quite frankly, I’m sick and tired of rude and crude. I want those types of people out of my life and off the airwaves.

If someone can’t be civil, they need to be silent.

I want to live in a world filled with hope and possibilities.

Are you surprised that I don’t want to live in a country controlled by the biggest bully? I left that behind in grade school. Is this indeed the direction we want to follow? I see our elected people engaged in a constant barrage of verbal assaults and judgmental attacks. While all these people are fighting to become “leader of the pack,” what direction is the pack willing to travel?

We have allowed the ugliness of the hate mongers to color the landscapes of our collective imaginations.

I haven’t always agreed with some of the decisions, but I generally believed educated people of principle made them.

The fundamental truth of 2018 is that we are turning our backs on the foundations of civility and respect.

If you feel you need to move people to violence to get what you want in this country, you have a problem.

You don’t ever need to be crude or rude to get my attention.

If you choose to be rude, don’t be surprised when I walk away.

It’s time we create a list of fundamental values we are not willing to compromise and live by those values.

We need to be inspired by our leaders to be better than we currently are.

4 thoughts on “Crude and Rude Rhetoric is Far Too Common”