Colin Kaepernick didn’t show disrespect for the National Anthem. He shared his frustration with the nation of a system far too many of us see as broken.

I’ve told you about the young black football player who saved me at the University of Northern Iowa from being raped by a group of five young white students as I tried to return a book to the library before midnight. I wonder how Colin Kaepernick would react if I told him the unvarnished version of what happened that night. In the end, I was too frightened to alert the college officials to what happened. I never mentioned it to anyone, not even the sorority mother who instigated the walk across campus. My hero, a black student named Rick Price, had been named ‘Favorite Man on Campus’ the year before my attack.

Rick was the first black person who had ever spoken to me. I was eighteen-years-old that night. I’d seen people of color, but I’d never had an opportunity to interact with them socially. The closest I got to a black person was a night when a black choir performed at our small church in Keota, Iowa. The music was beautiful, but we went right home after the concert.

Elle Burton’s kindness in my novels builds on the courage it took for one young black man to come to my aid. Neither Rick nor Elle thought about the risks before jumping into the fray to protect another.

I had no idea how to react to a young black boy who risked his career and integrity coming to the assistance of a naive young girl. Rick took an enormous risk back in the 1960’s to take on a group of five white guys. The results could have been much worse for him than for me.

Back in the 60’s, we didn’t give any credence to the rape of an eighteen-year-old girl. The newspapers would have fabricated some reason as to why the assault was my fault.

I think the one thing we want our children to understand is the statement, “Don’t forget where you came from.”

That would work with my sons.

It would never work for a man who believes ‘women should be kept barefoot and pregnant in the kitchen’ or who wears the KKK tat on his arm.

Each family has a different set of values, loves, and disappointments.

We know Colin Kaepernick spoke to his family about his frustration with everything happening.

He’s frustrated with the black lives lost as a result of actions by law enforcement officials.

I’ve struggled with those same news stories for months.

We live in a Time of Unrest

People of color are angry!

Didn’t we just say that?

Far too many of us have seen the inconsistencies of how we treat suspects on both sides of the color line.

I still hope Colin Kaepernick’s family responded with a recommendation that included a compromise. That’s so much better than teaching him to draw a hard line in the sand.

You see, I firmly believe we have drawn so many hard lines that we are compromising the very integrity of the earth beneath our feet.

Compromise is something we haven’t seen much of since we elected Obama as President.

For whatever reason, the political parties have refused to be Statesmen like those who led us in years past.

Senator Ted Kennedy demanded logic and compromise in his dealings with Congress. They all should.

Suddenly, we have taken the attitude of all or nothing.

I would suggest that Colin Kaepernick loves the integrity of a country that allowed him to grow up in a loving family.

He has to be grateful for his participation in a game he loved and excelled in.

It’s no stretch of the imagination to understand that Colin Kaepernick appreciates the fact that he can travel from state to state without having to show identification at every border.

I’d be willing to bet that Colin Kaepernick has bowed his head in thanks for the incredible family that raised him. They must have taught him right from wrong.

Compromise is the Key

I understand why other black athletes are threatening to sit out the National Anthem like Mr. Kaepernick has.

As a mother, I can only state that I believe all these young men are wrong in action. I will, however, stand for their right to display their frustration with my dying breath.

Standing during the national anthem isn’t a question of all or nothing. It has never been the issue!

I have grandchildren who are black, and I’m as committed to protecting them as any black parent or grandparent.

I’m one of the eighty-percent who believes color really shouldn’t matter.

And yet, the 20% spur us on to anger and inappropriate actions. 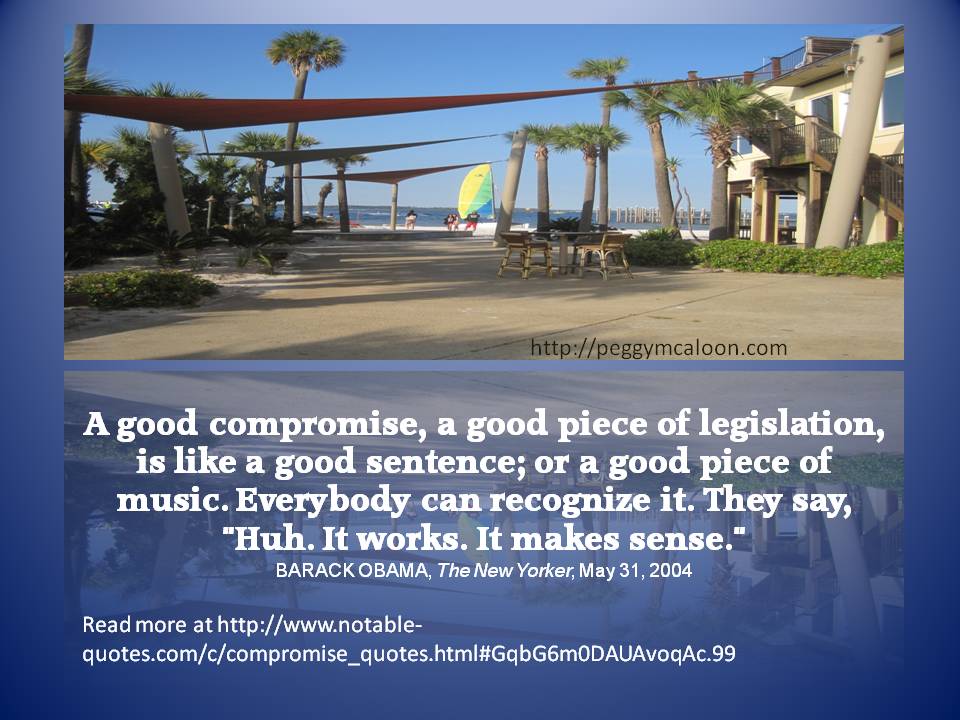 What is our Answer?

As a nation, we have to return to the ultimate standing of qualified Statesmen.

We must learn to compromise.

If I were Mr. Kaepernick’s mother, I would sit down with him and explain to him that the fact that he is sitting down during the National Anthem shames the country, him, and his family.

I believe I could come up with a compromise. My choice would never reduce Kaepernick’s passion for what he believes has been an attitude of blatant disregard for the rights of blacks throughout this nation.

I would further remind him that it’s not simply the blacks who feel the pressure of misunderstanding.

Mr. Kaepernick needs to realize that anyone who doesn’t fit the mold of a wealthy white guy is considered unequal. This division comes from the very people he believes condemn all people of color, the racists. 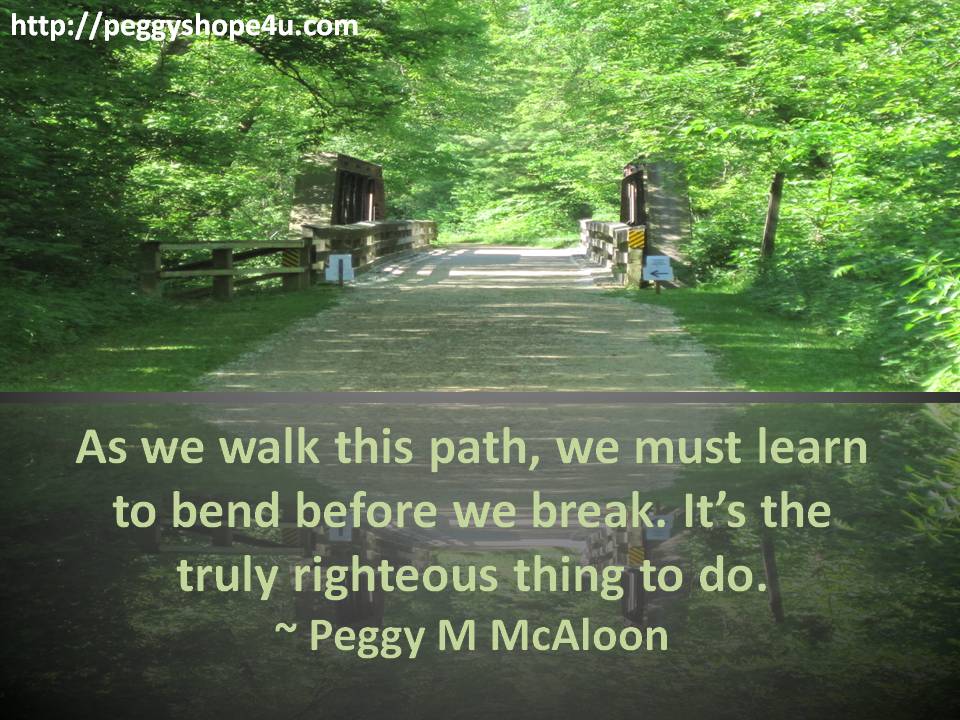 My words to Colin Kaepernick, if he were my son, are that I have seen both the good and evil in white men as early as my fourth year.

There would be no hesitation in telling him I have seen both the good and evil in black men going back to my eighteenth year.

The discussion with him about those things that are righteous and downright hideous would take several hours. There are so many things we need to discuss without judgment or hatred.

In the end, my words would be clear in both meaning and support:

“Son, I will not disagree with you that the disregard we have seen in recent months to the rights and safety of black citizens cannot continue. I applaud your desire to make a statement about your feelings and your right to take a stand against actions that have caused so much hostility and fear throughout the nation. It’s important for you to understand it’s just as wrong for you to lump all police officers into one category. It simply isn’t factual. That’s why I’d appreciate it if you could burn the socks. It smacks of discrimination against one group of people. Even in your comments, you need to be clear in acknowledging good and bad exist. Please don’t lump any category of human beings into one bucket.”

My eyes would never leave his, and I believe we would both have tears in our eyes at this point in the hours-long discussion.

“Son, I respect your frustration. Don’t think for a minute that mothers throughout this nation aren’t weeping for those who lost their lives for no logical reason. You and I can’t even imagine what it would be like to lose a child that way.”

He nods in agreement.

“Here’s what I would suggest. Show your respect for this great nation by standing when the National Anthem plays. I’ve raised you to respect authority and those things you know in your heart to be right. I’ve taught you to be kind to others. That is the kind of role model I want you to be to your teammates and kids everywhere. Instead of standing at attention, you will stand with your feet slightly spread, your head bowed, your eyes closed, and your hands clasped behind your back.”

“Nothing will ever be a substitute for justice. I believe the anger and hatred will never die until we learn to compromise without being disrespectful. By standing, you honor your country. When you bow your head and close your eyes, you tell the world you are praying for those lost and for solutions that will eliminate this type of thing from ever happening again. By folding your hands behind your back, you signify an attempt to join hands with those you have never met to build a better civilization. By spreading your feet slightly, you exhibit the strongest position any man can take when standing up to a physical threat.”

I have no idea whether my recommendation to Colin Kaepernick will work.

My words and thoughts are what I would tell my grandson if he were Colin.

Yes, I’m white, but I belong to the 80% of Americans who have come to realize that there are good and bad people found in every color, faith, and corner of this great land.

We are not angry at our country. It sustains and protects us.

The anger comes from our frustration with those who continue to show bias and disregard for the rights of others.

I’m not Kaepernick’s mother. I believe she would agree with at least some of what I am feeling today.

I pray Colin Kaepernick continues with his desire to take a stand against bigotry and hatred.

It’s also my prayer that he learns to temper his anger and use his standing to make a statement that speaks to unity, kindness, cooperation, and compromise.

It is through men like Rick Price and Colin Kaepernick that we will see improvement in the future.

Our nation’s future depends on these men of courage and compassion. Please use the comments to let me know if you agree or disagree with my position on this.

Be Kind. Be Loved. Pass It On!