March was Brain Injury Awareness Month. On the last day of the month, PBS ran a program on the search for the connection between PTSD and combat blast exposure. From my experience with a TBI, I believe the newer research is on-track to make a difference for our young men and women. These are the soldiers who have experienced the reactions to concussive blasts and the impact the brain suffers when it hits a stationary skull.

The Brain Suffers After a TBI

After the head-on collision in 1979, the doctors told me my brain hit the skull and windshield at a velocity of 65 mph. I find myself wondering what the soldiers experience when an improvised explosive device (IED) detonates next to a tank or armored vehicle over in Afghanistan. The brain will hit their skull with speed at or greater than the velocity at which my brain impacted a non-moveable surface.

For those soldiers who survive, a new journey will begin. They will suffer from memory issues. For some, the inability to think through even the most simple equation becomes so frustrating in itself and yet sometimes the need to learn how to control their body parts all over again will be overwhelming.

The PBS report also talks about PTSD after a TBI. I can guarantee you; I also suffer from PTSD.

My PTSD triggers on the highway after a snowfall. I begin to sweat and shake. Each vehicle coming toward me becomes a missile heading directly for my car as the truck did when it crossed the center line in 1979. I now stay off the roads after the first snow falls and for several days after.

Forget the Can’ts and Get on with the ‘Cans’

Doctors didn’t know as much about TBI’s after my car wreck as they do now. The protocol for treatment was in its infancy back then.

I spent more time explaining why I didn’t want to take narcotics to cover up the pain and frustration than any doctor did in explaining what I might be able to try to make a difference.

My world was full of negativity and I hated it. No one wanted to talk about things I could try to help me get beyond the disability.

My brain could control my legs for about thirty minutes each day in the beginning. If I pushed too hard, I’d crash as my legs simply gave out. Furthermore, if I didn’t push hard enough, my stamina the next day was adversely affected.

Our young soldiers are going through the same frustrations each and every day.

If I could win the lottery, I’d make sure every soldier who experienced a concussive blast would receive a simple computer game. The Simon Says Electronic Game is what I used hour after hour to reprogram my brain around the damaged parts. It’s the single most important tool I found to help me with memory issues, speech patterns, and small motor control.

Think about it. The brain is resilient if you understand what you need to do to help the parts that work expand and take over for the damaged parts.

Together We Can Build a Path of Recovery from a TBI

I’m here and ready to talk to you and inspire you if you’ve also had a TBI. Fortunately, I fought hard to return to work five years later. I struggled to raise my sons the way they deserved…even if they had to pitch in to help me when they were far too little to be a “mommy sitter.”

Unfortunately, I don’t know all the answers, but I do know what worked for me. I can tell you that you have to find something that matters more to you than life itself. It’s necessary to fight the monster that wallows in the brain cells, preventing you from having the life you deserve.

For me, the key was and is my children. My love for them was so intense that nothing could stand in the way of my recovery. Sure, I was weak in the beginning and listened to the naysayers. I kept going back to all the doctors who offered me no hope. What else was I supposed to do?

I can answer that question in a heartbeat. My answer was that I fired those negative doctors. I fired each and every one of them and started out again to find people who were willing to follow my instructions which included exercise, diet, and brain exercises.

The food I eat is a humorous side story today. I am only now beginning to understand that a huge part of the problems I had came from a thyroid issue, triggered by the trauma.

Sadly, I was so demoralized by doctors who told me my array of new symptoms didn’t arise from the back or brain injuries, that I stopped talking about all the other things that were going wrong. No one wanted to listen to all my complaints.

Doctors today allow fifteen minutes for each appointment. That’s what insurance pays for. It’s not enough time to dig through all the issues which arise after a TBI. 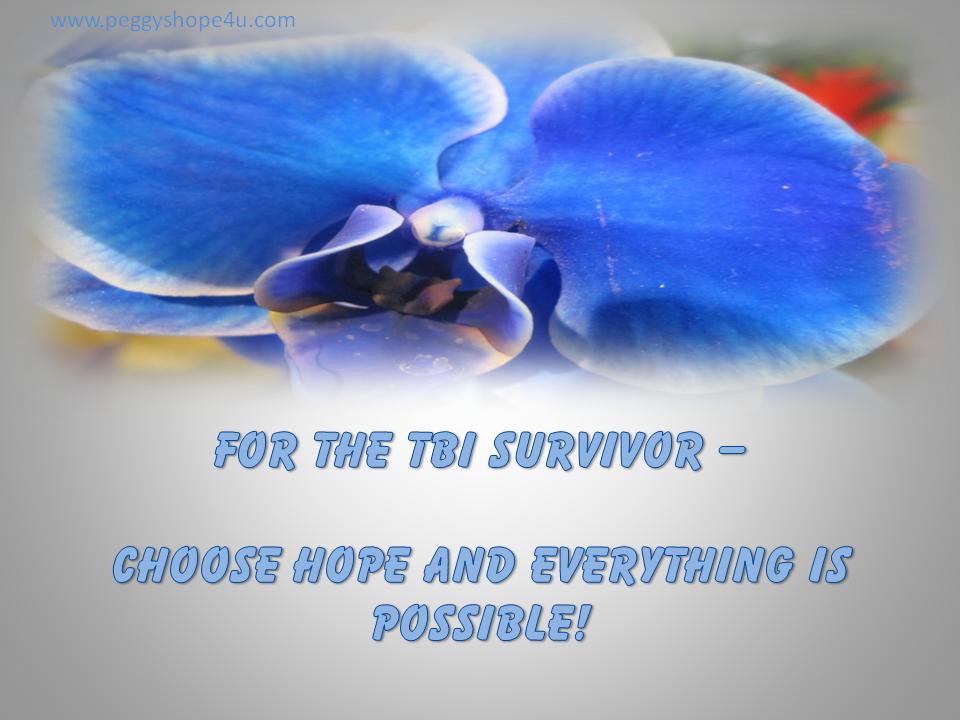 Demand the Help You Deserve!

Don’t be afraid to mention symptoms that don’t logically seem to be related. Anything that attacks your body and immune system will only intensify the overall symptoms and inability of your body to fight back.

If you experience a bloated stomach, leaky gut, or any other digestive issues, start testing to see what’s bothering you. Try removing gluten, sugar, peanuts, potatoes, eggs and other known allergens from your diet for at least four weeks. Experiment with adding only one back at a time to see what might be adding gut problems to your other issues.

Play with the Simon game or other electronic game that challenges your brain’s memory and adds in other senses like sound, sight, motor control, etc.

A TBI is not the end of your life. It’s a challenge that is waiting for you to workaround. That’s my life now. It’s a workaround, and I love it.

Keep trying so that you can experience the Big Win too!

2 thoughts on “TBI – The Influences and Path to Recovery”