Is Child Abuse A Problem?

Child abuse continues to be a topic we skim over far too often. Society still doesn’t wish to discuss the sexual exploitation of children. Is it because no one wants to admit we haven’t been able to reduce the problem? Are we embarrassed because we haven’t come close to eradicating it? 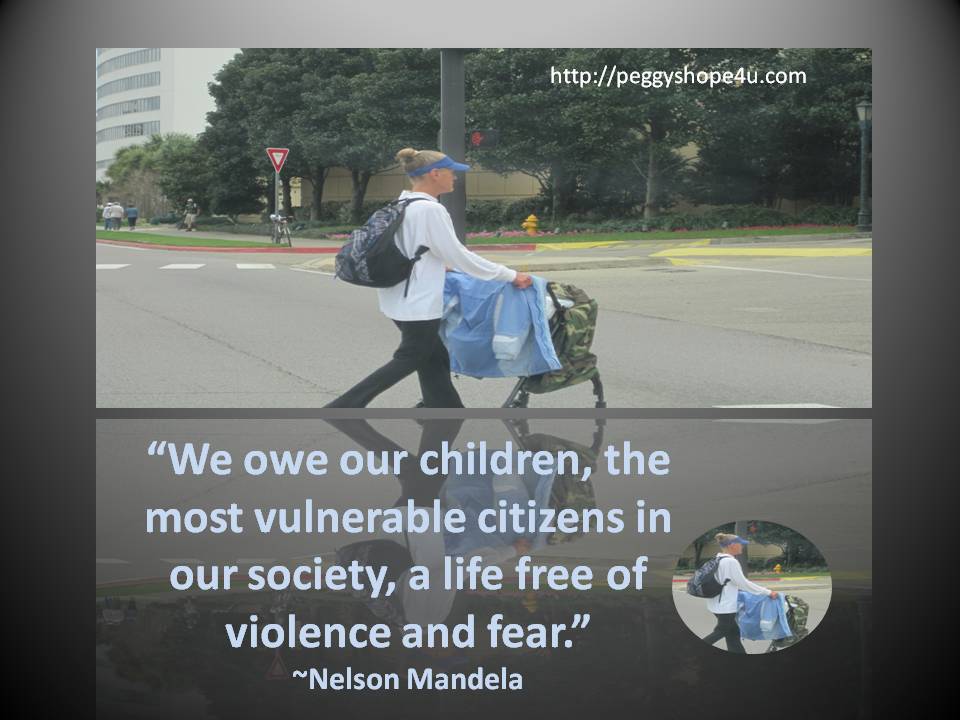 We’ve all heard the excuses:

Let’s look at some solid facts.

Since the year 1900, according to Wikipedia, a total of 65 ten-year-old girls have given birth worldwide.

That’s the painful result of child sexual abuse, and those numbers continue to rise.

Thirty-six of the births mentioned above have occurred since the year 2,000. These are fifth-grade mothers!

The shameful truth is that one in three of these births occurred in the United States, not some third-world country.

Compared to every other country in the world, we have had the greatest number of babies born to young children. I find that appalling. (Source: Wikipedia)

How do we get the kids to tell us?

I listened to a portion of a news broadcast last week. The commentator discussed what we need to do to get kids to tell us the truth about their abuse.

As a child who was first sexually abused at the age of seven, I can acknowledge a child who’s experiencing this type of assault will lie. Why? Because they are being threatened.

The threat used against me was more powerful that my desire to live. I endured daily threats that something horrible would happen to my mother if I told anyone about my abuse.

I remember my seven-year-old self, who wanted to die to make the pain stop.

The thing is, my love for my mom far surpassed any feelings I had for anyone else.

You may find this difficult to comprehend, but I would have endured even worse things than being raped to protect her. Any child would.

The various threats used by the abusers are why child sexual abuse is such a deep-seated problem.

What Can We Do?

I can’t tell you how I’d have responded if my mother had questioned me. I can say without any hesitation that I’d have lied to anyone but her. My secret was sacred, and it protected my mom.

If Mom noticed anything odd, she never acted on it. She never questioned me. Reaching into my deepest self, I think I would have eventually caved in and told her the truth if she’d been the one questioning me. But, I can’t guarantee I would have.

The threat of something happening to my mom was the scariest thing in the world to me. Those threats were far more threatening than having to endure the pain of another assault.

The people closest to the problem are our law enforcement officers. They’ve seen up close how difficult it is to get a child to open up about abuse.

Reluctance for a child to speak truthfully is painfully true if the questioning of the child happens in the home where the suspect may be close.

We must create an atmosphere where a small child will feel safe. I interviewed a young mother named Rita a few years ago while writing the first Elle book.

Can the Police Get to the Truth?

Rita had been sexually abused by her grandfather starting when she was only nine-years-old. Rita thought she’d gotten beyond the abuse. She married and had two young children. The oldest was five.

Rita hadn’t had any conversations with her children about abuse because she never left them alone with anyone. She had sworn when the first baby was born that what happened to her would never happen to them.

Rita got tears in her eyes when she told me about the neighbor who enticed her young son to come to his house for a cookie. The youngest child had been ill, and Rita was exhausted. She was grateful for the opportunity to relax for a few minutes and sent her child out into the backyard to play by himself for awhile. How long did she take her eyes off him? He was out of her sight for roughly ten minutes.

She went on to describe how terrifying the room was at the police station when her child was interrogated about the assault later that day. It was a regular interrogation room. Three police officers were present plus another man who was working with two tape recorders.

Rita’s son refused to talk to anyone that afternoon. He clung to her in terror as one after another of the people in the room tried to question him.

When she couldn’t take it any longer, Rita stood up and motioned for one of the men to follow her out of the room.

“Please, I need you all to leave. You can let the tape recorders go, and I’ll try to get the information you need.”

The officer spent a few minutes explaining to her the questions they needed to get answered and then went back into the room to ask the others to leave.

Rita was left alone in the room with her child. Can you even begin to imagine how devastating it would be to interrogate your baby about a sexual assault when you know exactly how it felt, looked, and smelled?

Will the Threats Work?

Asking whether or not threats work is a horrible question to ask a mother. Do we know what kind of threat could control our child? How far will a predator go in keeping his promise to hurt a child or his/her family?

If you think about it, the threats have worked for years. They’re what give the Predators their advantage. The threats and public aversion to discussing a topic that is ‘beneath the level of upstanding citizens’ have allowed the abuse to continue.

Add the constant threat of retaliation to the fact that children are vulnerable to leading questions, and you have a recipe for massive problems when it comes to interrogating children who are abused.

A mother interviewing her child will show a tremendous amount of empathy, understanding,  and patience when attempting to get her to tell the truth. With a small amount of education and tools, we could teach mothers how to ask the questions correctly without leading the child or creating a threatening environment. Start by educating our parents!

When you force a child to tell us what happened to them, you expose them to the same terror they experienced during the assault(s).

A child will not only relive the experience, but they will suddenly find themselves living the horror of wondering when the retaliation will occur.

We also have a tendency to believe the abusers.

Children have tremendous imaginations. When it comes down to their word against an adult, the adults have a higher probability of being taken seriously.

The child’s victimization will potentially continue into adulthood as both mental and physical problems begin to develop as a result of the earlier damage to their psyche and bodies.

Post-traumatic stress disorder (PTSD) is not uncommon in children who experience sexual or physical abuse or neglect when they become adults.

A study released by the U.S. Department of Health and Human Services using statistics for the year 2006 documented that 905,000 children in the U.S. had suffered abuse.  Sixteen percent of those children had suffered physical abuse; the remainder had suffered sexual abuse or neglect.

Prosecuting offenders can be extremely punishing when you realize how many different types of child abuse our law enforcement teams investigate.

Do we prosecute the eighteen-year-old who rapes a sixteen-year-old with the same vigor we approach the father who causes massive tearing when he sexually assaults a six-month-old baby?

My expertise comes from the perspective of a child victim.

I watched my kids grow to adulthood, and I couldn’t imagine how any parent could hurt their child.

What possesses these monsters to perform sexual acts on a defenseless child?

How do we protect these innocent victims? Many times they’re removed from their homes and placed in foster care where the abuses continue either at the hands of those who have been hired as caregivers or by other children who perpetuate their previous abuse on the younger children.

Regardless of how we categorize the abusers, one painful fact remains: A child is not psychologically equipped to process what happened to them.

Can we truly approach this topic with vigor and find a way to prosecute these crimes based on both physical and mental damages suffered by innocent children?

We need to address our shortcomings on this topic. Talk about the exploitation of our innocent children and expose those who have committed crimes against them.

By refusing to talk about it openly in today’s society, we allow the threats and lies to continue to destroy lives. Another new case is now being investigated in the Twin Cities. A beautiful five-year-old girl named Alayna Ertl was taken from her home early last Saturday morning by a friend and co-worker of the girl’s father. She has been found murdered and the suspect is now in custody.

How will the parents ever live with the knowledge they invited their child’s murderer into their home to spend the night? Can it happen to you?