I was heading to the kitchen to prepare dinner when Emily Shapiro of ABC News spoke. She began her piece about the heavy influx of immigrants crossing the border of the United States into Canada. These immigrants were seeking asylum, and the surge in numbers suddenly was noteworthy.  I stopped to listen.

The snow and cold looked brutal as the camera panned an open field. She told the audience of a family with seven small children who escaped across the barren landscape. I learned they took one woman to a hospital after she fell on the ice.

My breath caught in my throat as they reported on a Nigerian man who had to have his fingers amputated after making the treacherous journey.

Could I hear this correctly? People had fled the United States and were seeking asylum in Canada? The land of the free was no longer safe for people like my Irish ancestors?

The Treacherous Trip Into Canada 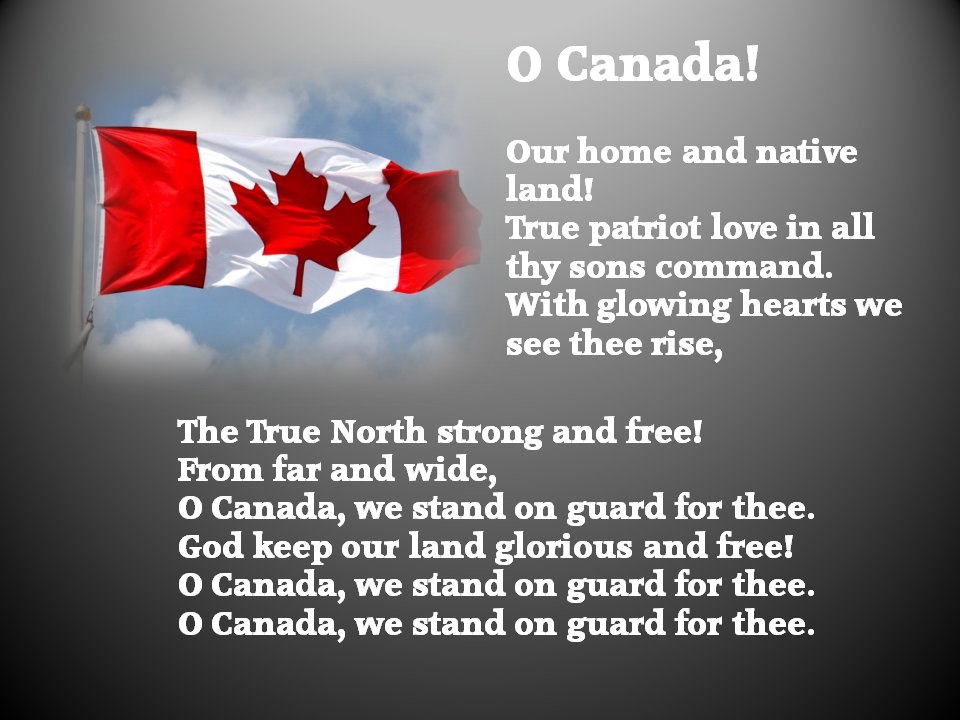 The immigrants making the trip across the frozen stretches of national forests and unknown terrain were from countries where snow and cold were unknown to them. They came from places like Syria and Iraq. They came from Mexico.

The Mexican Connection Is Strong 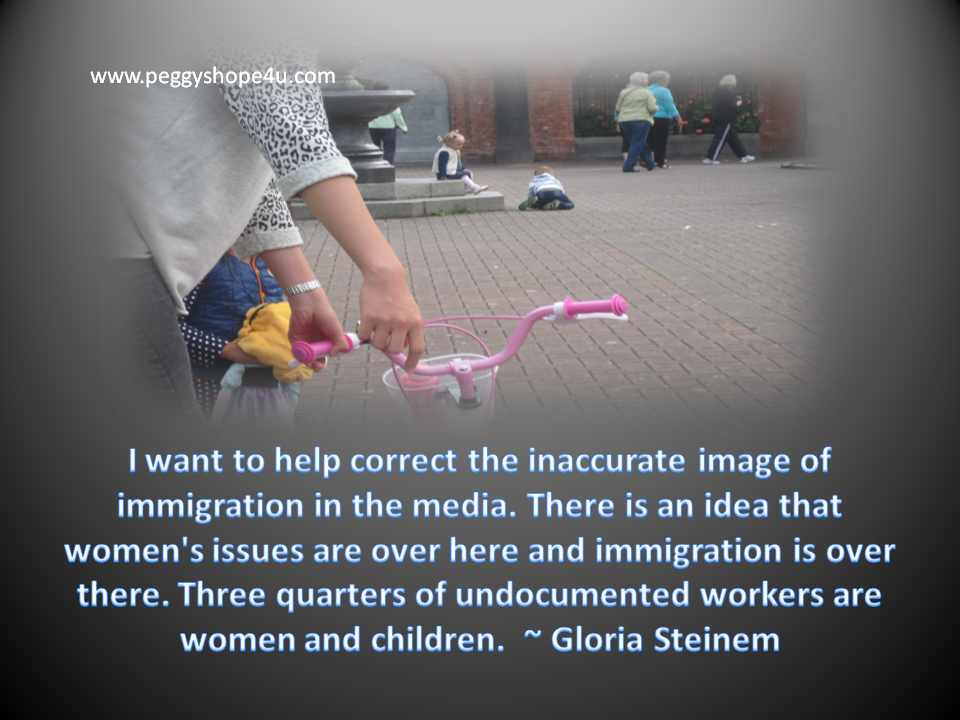 How could I comprehend that the citizens of our neighbor, Mexico, now found the United States to be a land where the safety of their families was now in jeopardy?

I couldn’t sleep Monday night. It was President’s Day, but the pride I’d felt earlier in the day evaporated as I thought about our little Juancho. He came to live with us under a program called Intercambio in the early eighties.

I allowed Juan to walk downtown by himself to buy chocolates with the money his parents sent along. He came to our family through a cultural exchange program, not an educational one. They warned me to secure Juan’s passport the minute he arrived so he wouldn’t lose it. I’d done that, and we enjoyed the summer months when a little boy from Pueblo, Mexico became our third son.

We giggled as Juan began to learn how to make a bed. There were no servants in my house, but he grew up in a wealthy home where servants met every need of the family. In the United States, this little boy needed to learn how to clean, take care of his possessions, and play with children who were strictly from a middle-class family.

I cringed as I thought about the servants who served in the family’s multiple residences in Mexico. Juan is a grown man now and serves as the General Manager of a golf course community in Mexico. Were any of his workers among the numbers of people who now trudged across the icy northland in search of a country willing to accept them?

As I struggled to find sleep, I began to think about my forefathers who immigrated to the United States.

The Burton family arrived in the U.S. under an original land grant from the King of England. They came here not seeking asylum, but to build a life in the frontiers of America with the blessing of their King.

My ancestor, John Burton, died in Caroline County, Virginia in 1735. His son, May Burton, was only thirteen when his father died.

May Burton married Hannah Medley, and their children were born in Orange County, Virginia. The story of my family began to take a turn as the colonists objected to British rule and the taxes that prevented them from establishing the wealth promised by their new land. General May Burton’s son Ambrose fought under him during the Revolutionary War.

That beginning of the Burton family in the United States stands in stark contrast to the Kennedys who fled Ireland during the potato famine. Both of William Kennedy’s parents died in the belly of one of the infamous coffin ships on their way to the United States.

A cousin who was also on the boat took William with his family. After arriving in the colonies, they made the journey to Virginia. The young boy would never celebrate his real birthday because no one knew the date of his birth.

Ultimately, the Burton and Kennedy families would unite in the late 1800’s when my grandfather, T.R. Burton married Eunie Mae Kennedy in the state of Missouri. His family held land and were considered wealthy in the local community. The newspaper announcement of their marriage voiced surprise that the talented son of the Burtons had chosen to marry a Kennedy.

How Many Are Mothers and Children?

My mind switched back to the news release on ABC.

They interviewed a Royal Canadian Mounted Police (RCMP) spokesperson who talked about the extreme weather conditions along the border.

The people seeking asylum had no concept of the rugged terrain they encountered as they fled from the U.S. toward the Canadian border.

As I listened to the broadcast earlier in the evening, I learned the number of immigrants seeking asylum in Canada had risen since 2015. The numbers had increased dramatically in the first two months of 2017. In January alone of this year, roughly 450 people crossed the border into Canada at Quebec’s land border.

Certainly, I’d been hearing of immigration crackdowns in the past few weeks. We all saw the video of the woman jerked away from her children and the plans to deport her to Mexico. Another woman was seeking safety within the walls of a church in another community.

I understand our government’s need to protect our citizens. Like most of you, I don’t want criminals to inhabit my community. But what of the people who have provided services I can’t do alone?

Immigrants Contribute To Our Economy

I softly giggled, trying not to wake my husband, as I remembered the crew of roofers from the Twin Cities we hired to replace the roof of our new home in Wisconsin. I carried a pitcher of iced tea and cookies outside to them as they took a break.

One of the men was laughing and talking about something his child had done. It was a funny story, and I fought the urge to laugh aloud with the men. When I held the cookies out to the storyteller, he said “Thank you” in English. I smiled as I replied “De nada!”

The look on his face was priceless! He knew I understood every word he said. Why wouldn’t I learn Spanish when they were our neighbors? I smiled from ear to ear as I put down my simple offerings and walked over to give the man a warm hug. “No, thank YOU!”

Later the next day, we received a call from the owner of the company.

The crew called him the night before to ask permission to rent a single room in a motel in Menomonie to spend the night.

He told me his workers didn’t have the opportunity to work beside the sparkling waters of a beautiful lake in a pine forest over in Minnesota. They wanted to “drink it all in” before they returned to the cities.

The Dreams of Immigrants – Beginning or Ending?

Isn’t this the attitude we want to share with those who come here as we did? Wasn’t our dream to live in a land that was free from famine and imperial control? Were we not promised a land where dreams can come true?

Families are now fleeing to Canada. They come with light sweaters and no snow boots across a terrain that would make the strongest of us cringe.

Little kids are fighting their way through snow and ice.

My mind races as I think about the bear and wolves I saw in the woods up in Baudette when we visited with our friend, John Brinning. John was assigned to the border patrol and lived in Baudette.

It was nearly three o’clock in the morning as I struggled to remember the barren landscape there.

“Canada is a safe and welcoming country, but we must also take steps to protect our border and ensure the process for entering our country is consistent and fair for all seeking refuge in Canada.” The federal Manitoba Conservative caucus expressed its concerns about the spike in illegal border crossings.

How could a family with a child in a stroller make it safely into Canada through all that snow and ice?

What So Proudly We Hailed…

When did we become a country of residents who feel so unsafe they are forced to flee to Canada?

In addition to those thoughts, I wondered what happened that we are no longer a land of hope to those who want to make a better life for their families?

Thousands of visions and questions bombarded my consciousness.

Where will they go? What would I do to protect my children? I’d do everything in my power and more!

There would be no sleep this night.