Author Kimberly A. Rogers is our Saturday Pick this week! 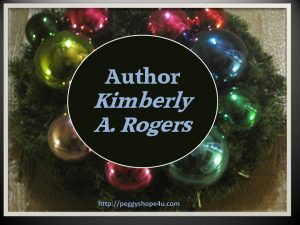 As we come into the Christmas Season, I’m delighted to welcome Kimberly A. Rogers to my Saturday’s Pick Feature.

Kimberly lives in Virginia where the Blue Ridge Mountains add inspiration to an over-active imagination fueled by fantasy classics such as the works of C.S. Lewis and J.R.R. Tolkien.

It’s the place my ancestors farmed when they first came to America, and I envy Kimberly the beautiful landscape that surrounds her.

I’m delighted to be able to introduce you to Kimberly today. Learn more about her books and may your holiday season be filled with joy.

Kimberly, I understand you are working on your Master’s Degree in Religious Education. How do you mesh the academic with your passion for writing and still have enough time to breathe?

Thank you for hosting me today, Peggy. *laughs* Well, it certainly isn’t easy. I have a few tricks for balancing school with my personal writing, which involves planning each week’s work with the aim of stealing a day or two where I can focus mostly on my current WIPs but for the most part I have been using summer and Christmas breaks to catch up on WIPs.

You’ve just released a sweet Regency Christmas Romance, the novella Christmas Aria. What inspired you to use England as your backdrop for this story?

The accents. *laughs* Just kidding. I have always been a bit of an Anglophile, and I love the history of the country, which provides a lot of interesting background tidbits for England-based stories. I was particularly interested in writing a story that would be set away from London too.

Does Christmas Aria take place in the past or present and why did you decide to write it that way?

Christmas Aria is set in the past, specifically in 1814 of the Regency period. I love the atmosphere of Regencies. I am a huge fan of Jane Austen and Georgette Heyer, which ignited my love for the period. There’s a bit of nostalgia involved with my love of history too.

What genres do you write, and which is your favorite?

So far I have written in the Fantasy, Sci-Fi, and Historical Romance genres. For my fantasy, I’ve also written in the subgenres of urban fantasy and more historical-feeling medievalesque romantic fantasy. It’s difficult to choose a favorite. I’m very fond of all the genres I write in, and I enjoy them, but fantasy is probably my first among equals. 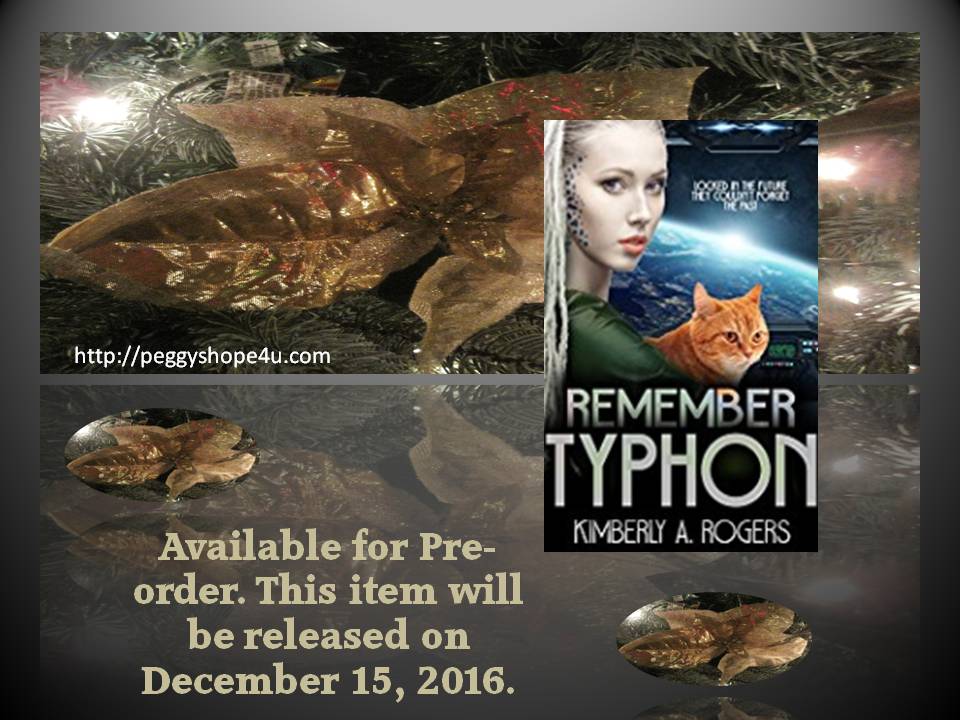 You have another book with a release date of December 15th. What can you tell us about “Remember Typhon?”

Yes, I do. Remember Typhon is a science fiction short story with action and adventure along with a healthy dash of humor. It is our first look into a new world involving Gavril the head security officer on his cruiser, Zenia the civilian communication expert, and her cat. Gavril and Zenia are unique in that they are the only members of their species, the Pleiades, serving in the Terran Solar Navy. It also causes them both some…complicated feelings. Remember Typhon is the first glimpse of their rather tenuous relationship amidst a mystery, a disaster, and a rescue attempt.

Were you a Star Wars fan or did something else ignite your interest in writing Sci-Fi stories?

I’m a fan of both Star Wars and Star Trek. It is kind of funny to look back on how I appreciated the stories of the two franchises, especially the world building efforts of various authors, but I never intended to write Sci-Fi stories of my own. Until this summer when I was essentially dared by a fellow author and friend to take a tiny fragment of an idea about an alien and her cat and turn it into a real story. I accepted the dare, and that is how I came to write Remember Typhon.

That being said, despite the unfamiliar waters of researching nautical and astronomical facts for my book not to mention trying to avoid planets and constellations used by MANY other authors/filmmakers, I am very excited to see what is next for Gavril and Zenia.

Your Therian Way series is a clean urban fantasy series written from a Christian worldview. I’m so intrigued that you have it so well-thought-out that you’ve projected a total of eight books. Did the prequel novella, “Tiger’s Paw,” inspire the series or did it become a necessary building block required for the rest of the series?

Tiger’s Paw has become a bit of both. Baran just prowled into existence one day and started ordering me to write his story down. Then, as I was about two-thirds through my initial rough draft of the novella, Raina and Baran both started chatting about future events… I definitely was going to need more books after that, and that was when I was sure I would need seven novels to satisfy the characters’ demands. The events of Tiger’s Paw directly spin off into the events of Leopard’s Heart (Book One) and also sets up several of the underlying key events influencing the entire series, so in that sense, it is a necessary building block.

Leopard’s Heart is Book 1 of The Therian Way. Can you tell us what or who the “Therians” are?

Therians are a race of shapeshifters who have three natural forms: Mortal (their human appearance only given away by their golden eyes if they are purebloods), Half-form (upright anthropomorphic beasts), and Beast (the animal form which is always larger than that of a normal animal). They are natural shapeshifters, their forms being gifted to them by the Creator after they were called out the human race, so no moon phases involved, and they are very long-lived. They are also a society bound by a code of honor known as the Therian Way, which has allowed them to remain a hidden race…with the aid of the Elves.

Who is Kimberly A. Rogers’ favorite character in Leopard’s Heart?

Oh, that is difficult. I have to say that both Baran and Raina are my primary favorites although for different reasons. Her mischievous approach to life and his stoic somewhat grumpy Mr. Darcy type of personality makes them so much fun to write. If I had to pick a favorite among the secondary characters, though, it would probably be Raina’s mom, Bellephoebe. She is involved in her daughter’s life and very much likes to meddle (all for good, of course), but she’s funny too. They have a good, solid mother-daughter relationship that I enjoy writing.

One of your reviewers wrote: “The writing is strong, the world building is imaginative, the stories are engrossing, clean and full of hope. What could be better? The characters! Baran and Raina continue to love and scrap and tease and perfectly complement each other.”   Can you tell my readers a little bit about Baran and Raina?

How do I describe Baran and Raina? Baran the pureblood Therian Tiger is a Mr. Darcy. He is a military man, and he is all about honor and doing the right thing as he follows the rulebook to a ‘T,’ which is part of the reason Raina calls him a TDS – Tall, Dark, and oh so Serious.

Raina, on the other hand, is the wild child. She’s the Half-Elven Leopard Tracker, and she’ll follow the rules up to a point, but she’s not at all concerned about treating them more like guidelines when the situation calls for it. However, they are both fiercely loyal and when they quit arguing long enough to get the job done, bad guys quake.

They are very much in the opposites attract category with their differing personalities and maybe even a touch of the love/hate dynamic is there. But they do grow throughout the books, and their differences are also what makes them stronger when they work together.

Do you plan to continue the series?

I do. I have three books including the prequel out at the moment, and I plan to have five more novels set in the series. I also have some stories planned that are set in their world but involve different characters.

What do you find most difficult about being an author and what would you change if you had the opportunity?

Finding the time to write is the biggest challenge for me.

I think one thing I would change is getting connected with other indie authors sooner. Having a strong author community is key to not only improving your craft but also helps take the isolation out of being a writer. Plus having friends who not only get the writer life but also are ready to cheer you on (or dare you to write the alien story) is invaluable.

What are Kimberly A. Rogers’ current plans for 2017?

2017 is a busy year. I’m graduating from school but I also have a number of books planned for next year. We’re starting with a novella, Tiger’s Shadow (ETA January 2017), starring Baran’s incorrigible younger brother, Madoc, with Baran as a guest star, of course. Then I have two medievalesque fantasy romances set for Spring 2017 releases. And, of course, more of the Therian Way with Books 3 and 4 both expected to be published in 2017.

Is there anything else you’d like my readers to know about you and your writing?

I love hearing from readers be it through reviews or comments or whatever message they want to share.

Readers can contact me and keep up with my upcoming releases through these links:

Thank you, Kimberly, for sharing some information about your Christmas release and other books. Please stop back to give us an update whenever you have time!