To Judge Others or Not – Your Choice

It was fifteen miles from the old high school building in Keota, IA to the community pool in Sigourney, IA. I know. One of those old yellow-orange school buses transported us over to Sigourney every week for swimming lessons. Kids can get really ugly when they choose to judge others. My classmates did it frequently.

That fifteen-mile trip took roughly twenty minutes. For at least ten of those minutes, I listened to a sing-song tune with the words, ‘great big gobs of greasy grimey gopher guts.’ Week in and week out, I tried to tune them out, but I couldn’t.

Oh, it mattered! You see, my last name was Grimes, and the song was directed at me. Usually, one voice would start singing the words and then another dozen would chime in.

I always sat looking straight forward on the bus, willing myself to keep the tears that teased the corners of my eyes from slipping down my cheek. The boys and girls pointed and laughed as they belted out the words, over and over again.

I loved swimming and the water enough to suffer the humiliation each week, listening to their taunts.

My love of swimming, however, didn’t stop me from complaining to mom when I got home. The answer was always the same, ‘Judge not…’

Forget the fact that I was hiding my abuse. Life was now forcing me to smile through the bullying and allow those kids to humiliate me week after week. Mom was as religious as they come. If I wasn’t getting the ‘Judge not…’ comment, the ‘Turn the other cheek’ comment would come to the surface.

All of my life’s abuses could be solved, according to Mother, through a bible verse. She never lost hope, even in the darkest of times.

Somehow for a ten-year-old kid, Mom’s words didn’t make it better. They just made it bearable.

Who Gave Them The Right?

If you’ve listened to the news at all lately, you’ve heard a ton of people who feel somehow overly motivated to judge others.

I absolutely hate election years. It’s no fun to answer the phone. It’s miserable to pick up the mail. Television? Don’t get me started.

When I think of all the money being spent to spew both truths and untruths and what that could do to solve some of the ills we face in this nation, it makes me rather sick to my stomach. Is this any more mature than the students who accompanied me to swimming lessons?

In the end, what made those kids on the bus when I was young believe it was okay to make me feel like dirt, week in and week out? I suppose none of them knew I already felt dirty and worthless. Those kids truly had no idea how much their song deepened my already raw wounds.

Did any of them suspect I went to sleep each night trying to think of a way to commit suicide?

How would they have felt to know how their words simply solidified my personal hatred for who I was?

Justice Can Be Elusive

I remember the day I stood in front of the Supreme Court Building and looked up at Lady Justice. We were visiting my brother in Washington DC and had the boys with us.

I hesitated for a minute, looking up at the statue. The question in my mind was the same as it had been for the majority of my life. Where is the justice for the kids like me who were so savagely beaten and abused? Why does the greatest country in the world allow such barbaric actions to occur against defenseless children? Where are those who will protect us?

Recently, I had an appointment with yet another doctor to try to get someone to take a chance and do my surgery, regardless of a risky medical history. I explained to the physician’s nurse my personal observations on the auto-immune issues and pointed her back to the sexual abuse that began when I was only seven.

She hesitated a minute, then looked up at me. Her eyes glistened as she quietly asked, “Please tell me your father died a horrible death.” 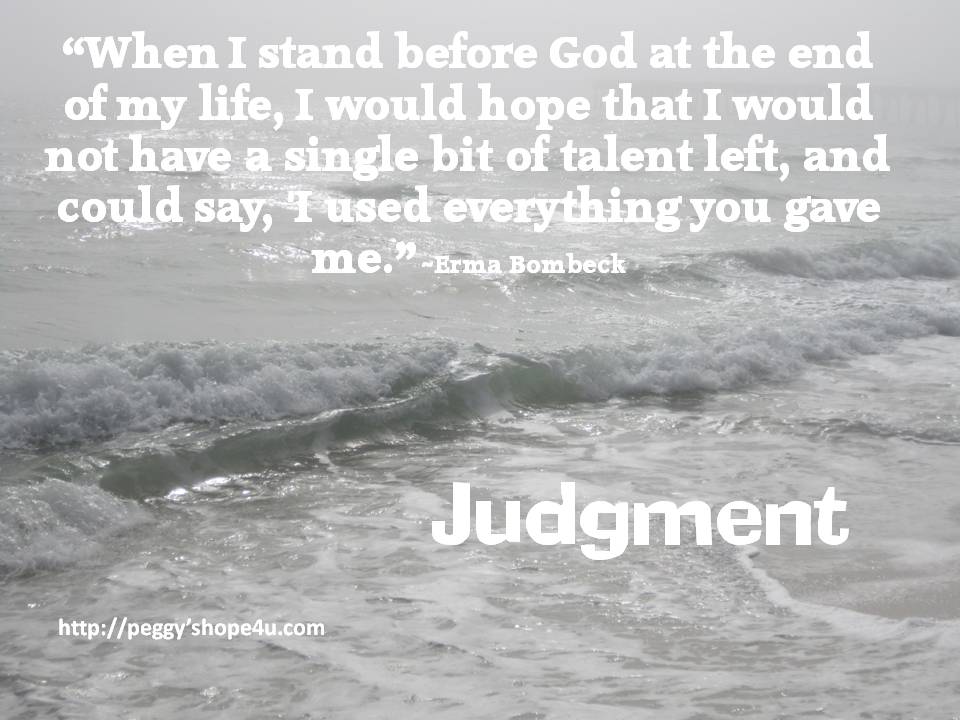 It was never my place to judge him.

I didn’t wish for something like that to happen.

In the end, I carried no hatred or animosity in my heart when my father finally died a gruesome death from brain and lung cancer. It was never my place to judge him.

Mother was right. His judge knew the good and bad the man did throughout his life. He may have asked for forgiveness; I’ll never know. I hope he did.

Your Religion May Give You An Answer

The Christian Bible tells us in Matthew 7:

I again remember Grandpa Burton ‘s words when the piece came on television about the capture of the Boston Strangler: “Something terrible must have happened to that boy when he was young to have made him do those horrible things.”

My Grandpa refused to judge a man the entire country condemned long before the trial.

That one sentence has played over in my head a thousand times ten during my lifetime.

Every time I rush to make a judgment, I haul myself back and remember Grandpa’s words and also mother’s.

I remember that little girl on the bus that everyone judged as not being ‘good enough’ and I accept I will never have the right to judge another.

Why Do People Judge Others So Openly?

Haven’t you suffered a judgment in your life that wasn’t warranted?

Did the kids consider you a bad basketball player without giving you a chance to practice and learn?

Has your company passed you up for a promotion when you worked your heart out for it?

What was your reaction toward Zachary Anderson when the body of little five-year-old Alayna Ertl was found dead in Minnesota in August?

Have you made an attempt to promote the hatred of any candidates during this year’s presidential election?

It’s common for people to find ways to justify their behavior and judgment of others. We all do it at times. I wanted to spend five minutes alone with Mr. Anderson a couple of weeks ago. Alayna is another lost child of my heart, and I want it to stop. There’s no desire to judge Anderson; I just want him to hear how she felt. He should be made to feel her terror. I want him to gag on the smells and sights which terrified Alayna.

If you consider that to be a form of judgment, I apologize. I see it simply as making Anderson aware of what Alayna suffered.

Somehow he needs to understand that. Punishment won’t bring her back, but Anderson needs to feel the hatred and rage for his unchecked actions.

He needs to feel guilt and explore his conscience. That is all I ask, and I believe my God would ask no less.

Why do we find it so easy to petition for clean air and drinkable water, but so difficult to fight human trafficking and sexual abuse against children?

Perhaps the issue isn’t so much about whether we feel we have earned the right to judge another person; but, is more about where we draw the lines on our sense of morality.

Why are these conversations so difficult?

We are all human, and we all carry the same desires.

The United States is not an unreasonable nation. Everyone knows the difference between good and evil.

Most of us live with at least some idea of the level of morality we want to surround ourselves and our family with on a daily basis.

At times we all go a bit crazy as we revert to reactions that go far beneath our normal levels of ethical behavior.

The calendar year 2016 is an election year, but we don’t have to be idiots. No one has to lower themselves to the rhetoric I’ve heard on the streets. It’s beneath all of us.

Do you disagree with me? Do you believe we have the right to judge others from a personal and emotional level?