Alex McGilvery is one of my favorite all-around friends. He’s a mentor, author, and friend. Also, he’s a minister when life looks like it’s about to disintegrate. That’s why I’m so excited to feature The Devil Reversed on the actual release day!

Alex McGilvery has been reading as long as he can remember and starting writing novels in grade school. He also promises never to publish any of those books. He lives with his wife and muse, Alexandra along with their two dogs and occasionally his son. At this time they live in Flin Flon in northern Manitoba where Alex works as a minister to pay for his writing habit.

Alex writes fantasy, thrillers, and even the occasional horror story.

Not all devils come from Hell.

Marriette wants to escape her father, accepting an arranged marriage to a cripple, never expecting to find someone she could love.
Zeb is trapped in a weak human body forced to do the will of the mage who summoned him. The cost of his defiance is pain and destruction to all around him.

She sets out to change the Kingdom. If the mage gets his way, Zeb will destroy it.

Alex, can you describe the journey you took writing The Devil Reversed?

The Devil Reversed began back in the day of dot matrix printers, as a short story. With some friends of the time, I added the tarot theme and created an outline to follow. Then it went in the drawer for a few years. In 2008 I pulled the outline out and used it to write my first NaNo project. Then it went back into the drawer until a few years ago I took it out dusted it off and ran it past a critique group. That led to submitting to a publisher and a request to rework and submit again. On the next try, it was rejected because the book was a bit too dark for them. I decided to release it myself this year so I rearranged some chapters, went through it again and commissioned a cover from a wildly talented artist in China.

Here’s a quote from an early review of The Devil Reversed:

This book has so much pain, anguish and despair yet so much love, strength and courage even I, an agnostic, am floored by the power throughout the book I need to now read book 2!!

Here’s an excerpt from the First Chapter 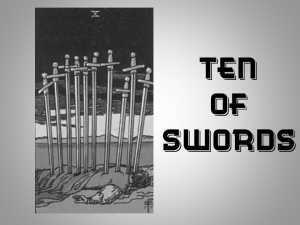 Arthur waited on the bridge huddled under his damp cloak, cursing himself as a fool. Don’t know if even a noble’s daughter is worth standing out in this weather. His boots thumped on the wooden planks as the cold spring rain and the night wind cutting through his cloak started his teeth chattering. Marriette had promised in her letter that she would meet him on the bridge near the Broken Dog Tavern.

She was a nice enough girl, though timid for Arthur’s taste. Her noble blood kept him returning to their brief platonic meetings. One last time, he shook the icy water off his head. Damn, I’ve waited long enough, she’s stood me up, again. He turned to go back to the warmth and camaraderie of the Broken Dog.

Two men waited at one end of the bridge. A chill ran through him that had nothing to do with the rain. Arthur turned, two more men at that end. Under his cloak he wiped his hand on his pants and gripped the wooden club at his belt. The four men walked casually toward him. Though muscular enough from helping to load and unload his father’s wagons, these men looked bigger and tougher than Arthur. One drew a sword while the others had clubs like Arthur’s. Either he’s noble or he doesn’t care about hanging. He tried to slow his breathing. Neither option is good for me.

At the last possible second, he whipped around and struck at the man holding the sword. His opponent blocked it easily then forced Arthur back with his own attack. Three clubs came down on Arthur’s head and shoulders driving him to the rough wooden planks of the bridge. Curse the pride that made him play at courting a duke’s daughter. His club fell from numb hands as Arthur tried to protect his head from the beating.

“Careful, lads,” the man with the sword said, “his lordship said no mortal wounds.”

The three stepped back from their work. Good, just a hard lesson. He’d lived through bruises before.

“What difference does it make?” one said.

“The difference is: his lordship is paying us to toss a living body into that river. He isn’t one to put up with loose interpretations of his orders.”

Arthur gasped and tried to crawl away, but a casual kick knocked the wind out of him.

“He means we do what we are paid to do,” a second one said. “Grab his legs.” They picked up Arthur, ignoring his incoherent pleas, and pushed him over the railing.

The frigid water of the flooded river made Arthur scream as it swept him away from the bridge. He couldn’t fight the fury of the spring flood and the weight of his clothes dragged him down. Even after stripping off his cloak and kicking out of his boots, Arthur barely reached the surface. His entire attention focused on getting out of the water.

The river was crueler than the men who had beaten him and tossed him to the flood. It brought him close enough to the bank that Arthur hoped escape was possible, then it yanked him back out to the center of the stream. As it played with him, the water sucked the heat from his body until even breathing was too much work. Nothing remained to Arthur but the faintest regret that his father would be hurt by the disappearance of his wayward son. Then even that was gone, and cold darkness overwhelmed him.

His body floated down the river for miles. It bounced off a few rocks, but somehow never hung up on any of the fallen trees or eddies. At midnight, Arthur’s body arrived at a sudden widening of the river. The current slowed and an eddy dumped the body on the sandy shore of the bend.

The servant who had been sent there to wait for the body dragged it out of the river. He hoisted the sodden mass to his shoulder and began the long climb up the bank to his master’s castle. Once in the castle, he carried it up the steep winding stairs to his master’s workroom, carefully placing the flaccid corpse in the center of the diagram carved into the oak floor. He left without word or acknowledgment from the man who meditated on a platform at one end of the room. 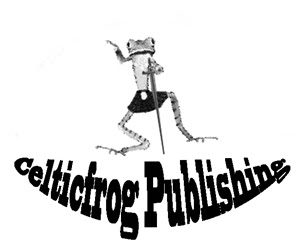 Thank you so much for sharing your newest release, Alex! Also, I want to share that I’ve read some wonderful books by Alex McGilvery and I’m looking forward to this one!

Read samples of Generation Gap and other novels: