Every life in these United States is precious.

Our country depends on freedom and hope. In the early days, people wanted the freedom to follow whatever religion they chose. They wanted the ability to build a home where they could raise their children and be free to earn a decent living. They believed every life matters.

I have wept more than once as I’ve watched the news broadcasts this week.

Today, two beautiful young children were shot in a gang-related shooting in Minneapolis. This catastrophe came in the aftermath of a traffic stop gone tragically wrong in the Twin Cities

“All Men Are Created Equal”

Jefferson spoke of equality, but things weren’t exactly fair or equal when he wrote those words. I’m glad I didn’t live in those times. I can’t imagine a life where a house pet had better treatment than the men and women who broke their backs working in the fields.

For centuries, people have been put down, beaten, and killed as a result of the color of their skin, their country of origin or religion.

Some people thrive on darkness and hatred. We have all met them. They invade our lives frequently.

A Trip to the Deep South 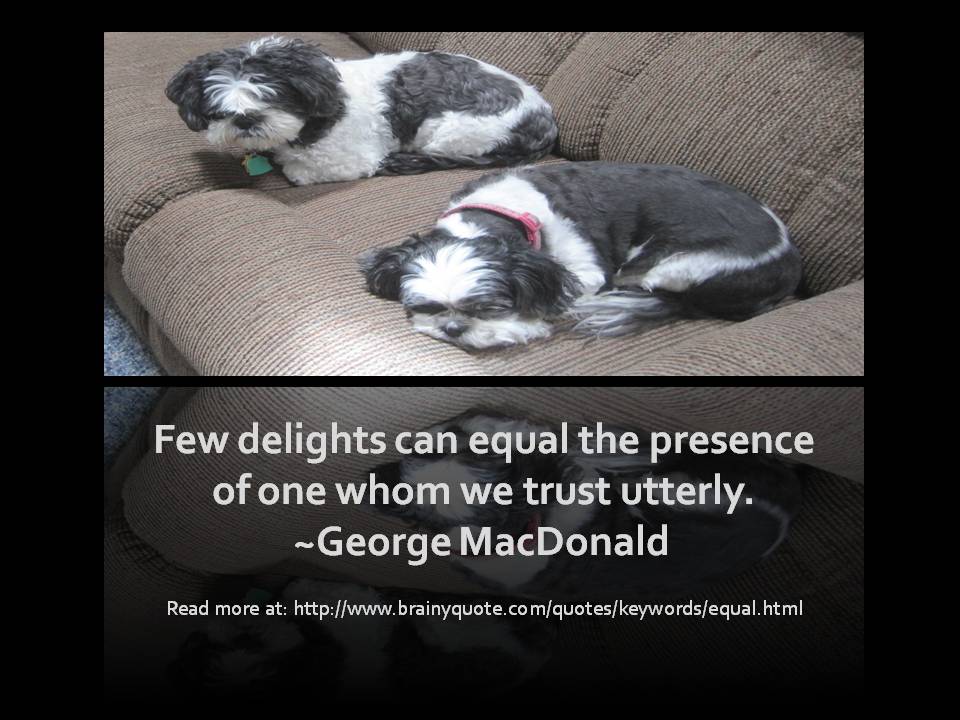 Each winter, we travel to the Mississippi Gulf Coast to spend time with my brother. We take the two rescue pups with us because we’ve yet to find anyone who’s equipped to handle them and their disabilities for an extended period here in Wisconsin.

Our little blind Cosmo is terrified to be left alone. He barks and has now taught his little female companion to bark too. The barking makes it impossible for us to let them stay alone in the apartment.

This year, we found a delightful young boy who was willing to come to the apartment and stay with the dogs so we could get out some. The boy’s grandmother lives right across the walkway from us. It couldn’t have been more perfect.

Gavin is only thirteen. He reminds me so much of my boys at his age. He’s well educated, curious, and above all else, respectful. He’s the type of young man every mother hopes her son becomes. He’s one of the best this country has to offer. I trust him completely.

Every time we went out, I made sure to bake a batch of fresh cookies for Gavin. He watched television, played with the dogs, took them out, and did his homework while we were gone.

Gavin loved coming over, and who could blame him? His very first paying job was a delight for him during the winter months in Mississippi.

He Took His Job Seriously

I laughed when his mother told me the evening before a Saturday dog-sitting event, that he had to “get to bed early because I have to go to work tomorrow.”

Many times I had to catch myself, so I didn’t tell him he didn’t need to say “Yes Ma’am” every time I said something to him.  I didn’t dare do anything to reduce the level of respect he showed to me. You see, Gavin’s skin isn’t white like mine. Living in the deep south requires a young man to show the utmost respect to a woman like me.

I wish some of the people who worked for me over the years had shown the same degree of respect and dedication to the job.

I graduated from high school during the sixties. I headed off to college believing we were going to change the world. Blacks and whites would live in peace because we’d grown up in a world that didn’t condemn people based on the color of their skin.

What did I know? I grew up in Iowa, and unless you went to Des Moines or Iowa City, you never met anyone much different from yourself.

What I learned on the campus of the University of Northern Iowa is that bad people exist in this world. I watched the news and heard of the young men and women killed during the protests around the country. The Civil Rights Movement continued to control the airwaves.

One lesson I learned during my freshman year there is that anyone can be a monster as easily as they can be a hero. I was saved by a young black man when several white boys tried to attack me on campus near the library one early evening.

That one incident in my life taught me that people could be both good and bad and that color has nothing to do with anything.

Can We Still Change the World?

I’m an author. Because of that,  I need to use my words wisely. What do I have to say to a nation in mourning tonight?

I say to live a life filled with compassion, exactly like the young boy from Mississippi named Gavin. I urge you to show the same respect he does to everyone you encounter. It doesn’t matter whether you’re black or white.

Gavin stole my heart. Do you hear my words? He is a delightful young man who has a right to grow up in a nation that values what he has to offer. Today, he has the entire world ahead of him. He should be able to be or do anything he wants in this life. As far as I could see, he has absolutely no faults. He is a shining example of what I hope my grandson is when he reaches his teen years.

Words Matter and So Does Life.

Put the guns down and learn to talk to each other. Use your words instead of weapons to resolve problems.

Life matters. My life and Gavin’s are equally valuable to the people who love us. The only difference is that I’m an old woman and have lived the life I wanted to live. His life has only just begun, and I feel real fear of what the future may hold for him.

Make no mistake; I would willingly give my life to protect his. He is a child of my heart, and he will remain so.

The lives of our children, the lives of those who risk their lives daily to protect us – all of it matters!

Don’t allow the mistakes of a few to cause you to foster hatred. I’ve seen enough hatred in my life. It’s time we all become better people than what we’ve seen on the airwaves lately. Stop spewing ugliness and hate!

We Can Be Better

Before we left the south and returned to Wisconsin, I heard a soft knock at the door. I had grown to know and love that soft tapping.

I opened the door to find Gavin standing there. He held out his hand, and I took the piece of paper he offered up.

He’d drawn a picture for me and under it wrote a beautiful note. I won’t embarrass him by copying it here in case he’s found my blog, but in that note, he said: “You are the kindest person I have ever met.”

I will carry those words in my heart to the grave. Was I overly generous to Gavin? I only did what any grandmother would do for a grandson who helps her out anytime she’s in need. I desperately needed to get out, and he made that possible. I showed him love and respect. He reacted in kind.

He showed me respect, and he took care of my pups and my property. I never once felt I had to hide anything in the apartment from him. I knew he could be trusted because he gave me no reason to react any differently.

I pray my grandson grows to be exactly like Gavin. I couldn’t ask for anything finer. 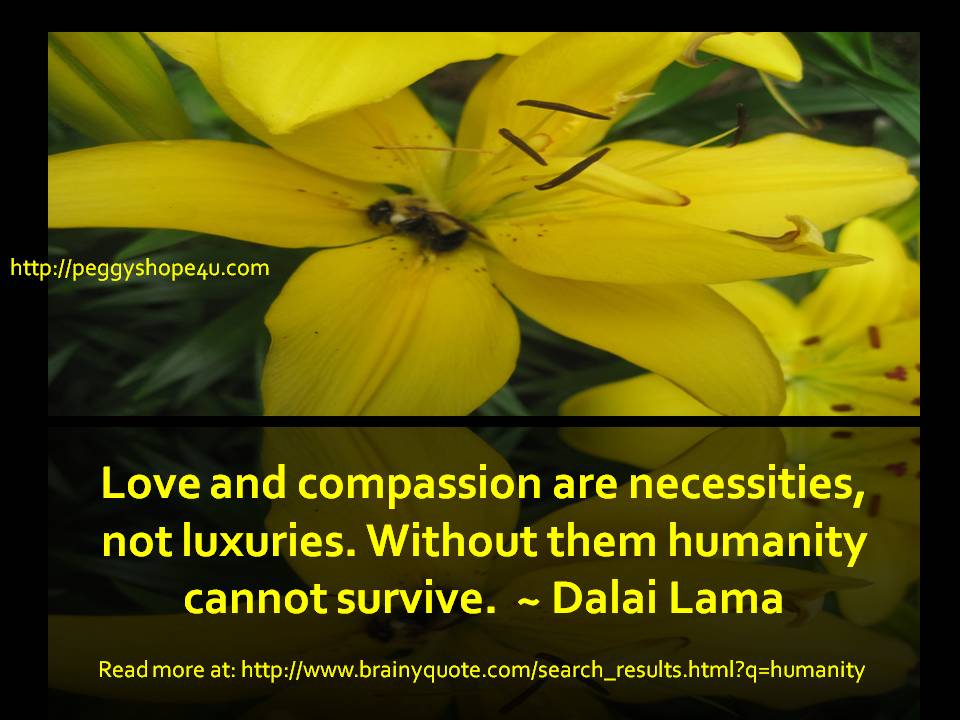 Let your words make a difference. Stop the division and the hatred. Every human body is different, but every soul begins in the same way. It is molded by the love or hate that surrounds it.

Gavin has gained a beautiful soul from being exposed to his grandmother. She learned I had asthma this year and shortly after we arrived, she brought me a jar of raw honey. She said if I used it every day, my allergy symptoms would get better. For the first time in twenty years, I had no allergy attacks from the pollen during Mississippi’s early spring.

Gavin is a very lucky soul to have someone mold him as my grandfather molded me to love others.

What Can You Do?

How can we work together to make sure in this country every life matters and needs to be protected? Please use the comments below and start a list of things we can do better to unify this nation and ensure that every life matters.