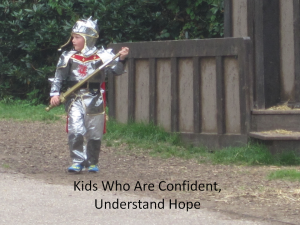 I remember the countless times Mother reminded me to practice the piano or organ longer so my performances would be better. She constantly complimented me when I mastered a new and more difficult song.

That constant reminder that I could find hope to do better through practicing gave me the confidence to continue to try more difficult songs. She inspired confidence.

As parents, we sometimes forget that our children’s goals may not necessarily be what we want for them. I remember hating the piano when I was really little. As I grew older, I was definitely thankful she had pushed as hard as she did, but what about the other things I dreamed of doing that she did not agree with?

Today one of my passions is painting in water color. I’ve mentioned before that Mom provided the oil paints, easel, canvas, and brushes so my brother could follow his passion for art. It’s not something he pursued as an adult but I didn’t become a music teacher either. I’m not exactly sure why she discouraged me from pursuing art. Perhaps as a child I showed absolutely no talent what-so-ever in my drawings. I honestly don’t remember. I was in my sixties when my sister-in-law convinced me to go to one of her art classes with her and I began a journey I thoroughly enjoy.

What other things do we do or not do that affect our children’s sense of hope and confidence?

I remember going through the small boxes of memories Mother kept at the nursing home last year, long after her death. I had neglected them for several years because it was simply too painful to sift through the things that meant the most to her in the end. As I was going through the boxes, I came across a letter she had written to a friend when my brother was born. There were multiple pages and it was perhaps the most beautiful thing I had ever read.

I gave the letter to my brother this year right after Christmas. I watched his face as he read the words and knew without a doubt that he understood thoroughly her deep love for him on the day he was born. It’s a rather long story, but the short side of the story was that Dad was oversees during WWII when my brother was born.

I had divided up the pictures and albums when we moved her into a nursing home, years before. My brother received the lion’s share of everything. There were very few pictures of me as a child. They filled only a small spot on the desk as I wrapped up the big box to ship to him.

I marveled that day when I found my brother’s baby book. It was so crammed full of pictures and writing that it nearly collapsed in my hands. My baby book was primarily empty. There were a few things shoved into it here and there, but for the most part it was empty. I still have it and now know how long I was when I was born, but I have no idea when my teeth came in or when they fell out.

My review of the pictures happened when my own children were in grade school. I was so distraught over the lack of childhood memories of my life that I immediately looked at my son’s two identical books. Both were crammed full of the memories of their birth and progression through childhood and eventually they were filled all the way to high school graduation. Both were filled to capacity when I handed them off to the boys.

I still have my empty baby book. I know that Mother was desperately trying to preserve each tiny moment of her young sons’s life to share with the husband she prayed would return to her.

By the time I came along, the two of them were struggling to run a business that was open six days a week. She simply didn’t have the time to carefully cut things out and write in a baby book.

As a comparison, I worked five days a week and I found it difficult to make sure I kept up two baby books I had for my small son’s records. I would bet at some point in the book the youngest son has, there may not have been quite as many entries, but his book was still jam-packed with information. It would be hard to see a difference unless you counted words.

Kids notice when you treat one child differently from the other.

Kids pay attention when you force them to do something they don’t like and when you ignore their pleas to try something new that interests them. Hope and confidence are so strongly inter-related in our lives. Play fair and try to really listen when your child talks. They are hoping that you have enough faith in them to let them test their wings. It’s not a bad wish on their part. Win or lose, they will build confidence if you show your support for their honest efforts to succeed.