Can There Be Hope for an Angry Nation Before Things Go Too Far?

I was angry when I listened to the CNN accounts of Mall disturbances all over the nation in the aftermath of Christmas. I asked my husband, “Have we ever experienced this kind of hatred in this country after Christmas?” He simply shook his head as I talked to him about the unbelievably angry nation we now live in. The fights were in Aurora, Colorado, Memphis, TN, Fayette, NC and the list went on.

I did what I always do when I’m trying to absorb new and confusing information. I did a Google search. The Wynwood Riots in the Puerto Rican neighborhood occurred on December 3, 1990, with the acquittal of an officer who beat a Puerto Rican drug dealer to death. I also found the riots against the BART police in Oakland on January 7, 2009, after the shooting of Oscar Grant. Another disturbance linked to the shooting of Oscar Grant happened on New Year’s Day in 2009.  (Source Wikipedia) I was astounded when I read the entire list.

These “Holiday” examples of an Angry Nation had a logical reason. I haven’t seen anything about the December Mall Riots of 2016 that provide any logical reason for the riots other than anger and hatred. Have we become a “Get-even” Nation?

I remember the unrest of the 1960’s and the Civil Rights Movement. As a teenager, I could only wonder why we waited so long to realize we were still enslaving hundreds of thousands of our citizens. We did this by denying equal opportunities and the respect that every human being deserves.

JFK’s words still resonate in my mind on a daily basis when I see or hear comments that are, in my opinion, absolutely ugly in 2017. We are still a nation that refuses to provide equal opportunities to everyone and it hurts. It’s impossible to accept because that’s not the way the Burton’s raised me. There are no excuses that make things right for the friends I love from many different backgrounds, colors, religions, and political beliefs.

You can listen to JFK’s Civil Rights Speech on YouTube. He reminds us that we need to protect the rights of all who wish to be free. Do you really believe those words aren’t the example we should live by? I cried when young people were killed or injured during those marches or in helping sign up voters. This push to see everyone enjoy equal rights in this nation was our heritage.

What Kind of Government Do We Want?

“There IS no perfect union!” These are words I’ve shared with my sons so many times over the years. It’s impossible to reach perfection as a nation or as a union of two people who agree to marry and cherish each other for a lifetime.

Alexander Hamilton reminded us that the role of government should be just (for all) and limited to prevent tyranny.

The mall riots had nothing to do with our desire for a decent place to live with laws that provide opportunities for every citizen.

Those mall riots are simply an extension of the anger and outbursts we have seen over the past year. When did life become a computer game that gave people the right to lash out, shoot, and walk away unscathed?

A Strong and Respectable Government

By the time this posts, we will have a new President of the United States of America. Many people have hung their hopes on this man to be strong and provide the growth opportunities they need to live adequately.

I don’t think I’m out of line when I agree with Alexander Hamilton. We need to be a strong nation, but we must also maintain the highest standards of respectability.

This Angry Nation does not position us to observe neutrality and strength in a global economy. We need to mend fences, not build them.

There is a certain respectability or at least semblance of respectability the men who have held the position of Commander in Chief have exhibited throughout history. We’ve had a few who didn’t live up to our expectations in the office. I remind myself that no one is perfect.

And so, I’ve calmed down. I realize our democracy is moving forward as it always has. Things change in my world, but with that change, we continue to boast of the checks and balances our founding fathers provided to ensure this nation continues. We can’t all be truly happy all the time. There truly is no “Perfect Union.”

My hope and the one thing I pray for is that we notch down the amount of anger we’re seeing on our streets, in our businesses, and in our hearts. We are not an Angry Nation. We are a Nation that respectfully has learned not to always agree, but to forge forward to provide the best life possible for every citizen. 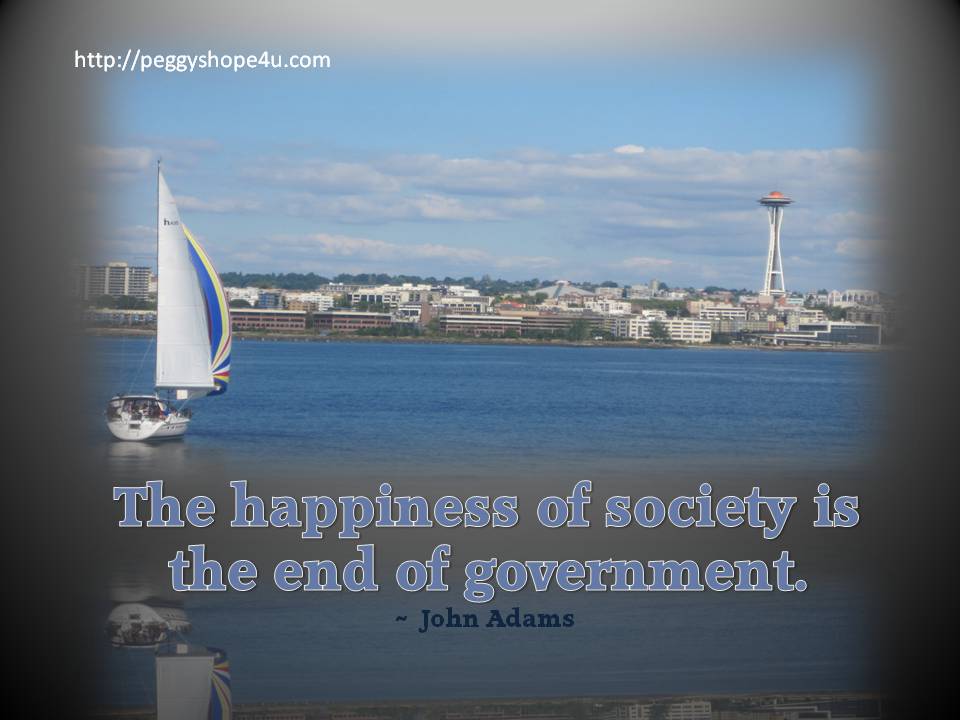