The Status of “World Leader” Becomes Jeopardized If We Can’t Get Along.

Apparently, compromise is not currently in the vocabulary of Wisconsin’s leadership. My hope of spending my last years here is quickly evaporating.

The Headline in the Eau Claire, Wisconsin Leader-Telegram on Sunday, June 19, 2016:

Scorecard for some bills from area legislators passed in the last session proves that it pays to be in the majority.

Eric Lindquist reported on the results of the state Legislature where one party has the majority in both houses.

My choices are private.

What matters to me is that the state I live in has lost sight of what’s best for the people. I’ve seen cuts in the DNR, which has crippled their effectiveness. 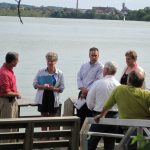 I live on one of the most polluted lakes in the State, and the airborne toxins from the Cyanobacteria trigger massive asthma attacks. I have to lock my door and get out of town when it gets bad during the summer months, My life and future in Wisconsin depends on change. I want to go back to a time when leaders like Senator Russ Feingold made a special trip to my town to find out more about our issues.

Why can’t we get along and solve the problems rather than look at the world through glasses colored by our political affiliations or payoffs?

How can I feel hopeful as a Senior Citizen about all the things that affect my life, knowing politics apparently has no heart left for compromise?

Has It Always Been This Way?

Siena College Research Institute did a survey in 2010 of Presidential Scholars. That survey produced a list of the ten best Presidents and the five worst.

Dwight D. Eisenhower ranked fifth best when the topic of discussion was the ability to compromise. He’s the first President I remember seeing on the tiny little screen on our television in the living room. Based on my very young memory, my parents and grandparents had good things to say about the man.

Woodrow Wilson scored miserably on his ability to compromise, coming in at number thirty-seven of all our Presidents. The man scored well on other issues and landed the Number Eight spot overall. I need to do further research to determine the majorities in the House and Senate during his Presidency.

One of my favorites came in at Number One in his ability to compromise: President Abraham Lincoln. Somehow those results don’t surprise me. Overall, the survey declared him the third best President in the country’s history.

Even good old “Teddy” Roosevelt had a bit of a problem with compromise. He scored in twelfth place in his ability to compromise.

Leaders Can Compromise without Trashing Their Values 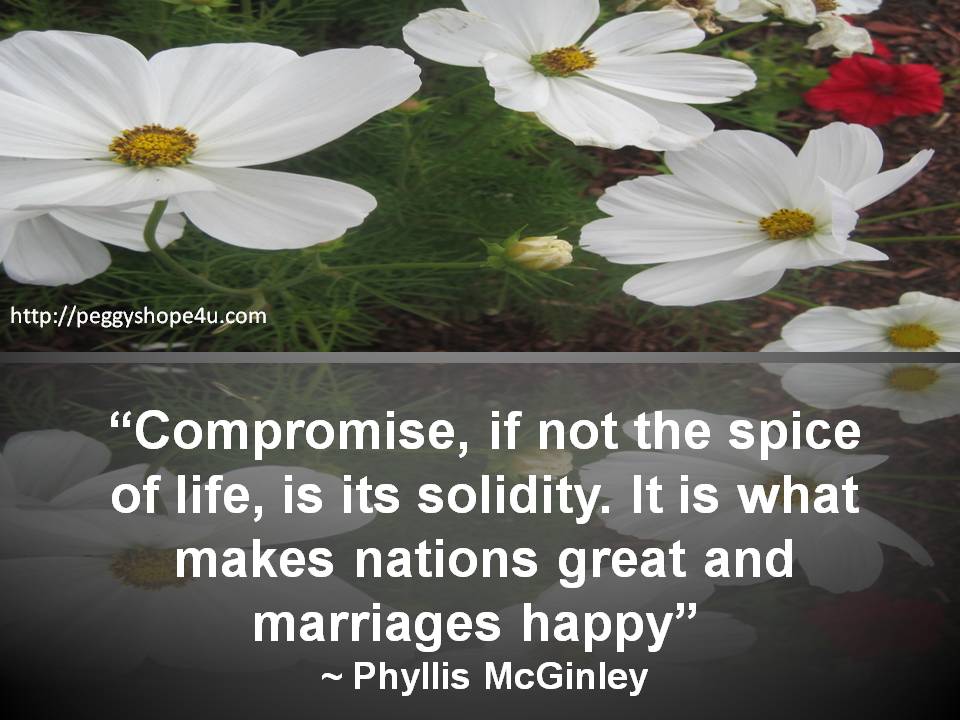 I’ve negotiated with some of the best in this country. From Wells Fargo to 3M, I’ve found solutions to situations in which the other party appeared unwilling to change their attitudes about products and best practices.

It took hard work to convince these people the solutions I offered had merit in certain situations. I knew I had to prove value before anyone would entrust me with a signed contract.

See, that’s the thing about compromise, you learn to do it in the corporate world and the kitchen. You do it at church and the grocery store.

Why then, can’t we convince the people we elect to lead us to keep an open mind to research and understand the pros and cons of the critical needs of this Nation?

Am I to believe that one side or the other has all the “Best” answers?

Do we blindly walk forward with the desire to undermine others regardless of the critical outcomes they are trying to accomplish?

Perhaps the word ‘compromise’ is too big with its ten letters. Would things improve if we demanded our leaders learn to negotiate?

Would things go more smoothly in this election year if we asked people to act like world leaders and ‘strike a deal’ when it comes to the issues that cripple our people?

How Do We Ask Them to Come To An Agreement?

I believe it’s time to ask our leaders to learn to be in agreement on the issues that affect our lives and our status in world politics once and for all.

Is that even possible?

Please use the comments section to tell us how this country’s inability to compromise has affected your life?

My hope is for the United States to redeem the opinion of the world when they speak of our ability to be a world power.