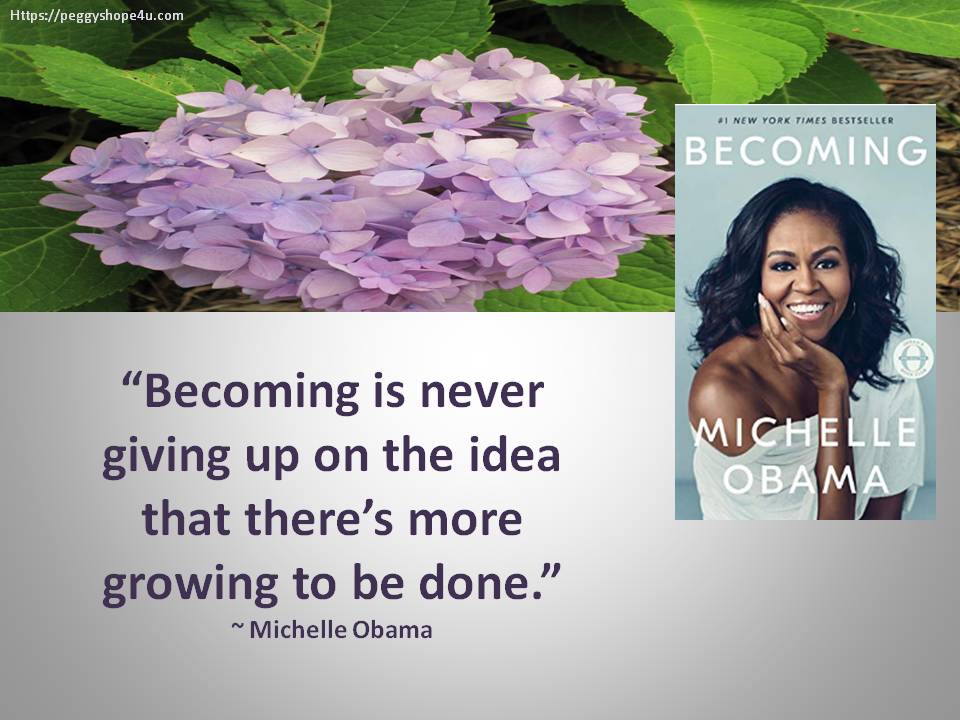 I purchased the audio version of this book because I wanted to hear the story in Michelle Obama’s voice. I’m so glad I did.

Many would argue that this little white girl grew up in a home of privilege. I listened to Michelle Obama sharing her memories of her childhood with a loving mother, father, and brother. Suddenly, I realized for the first time what a happy childhood looked like in the midwest. Also, by comparing her early years to my own, I finally understood that color and wealth mean nothing.

What’s essential in this life is love, compassion, support, integrity, and the dreams which carry us forward. We owe our children that kind of childhood.

A Story Told in Michelle’s Voice

Michelle Obama shared her joys, fears, and insecurities on becoming who she is today. She told her reader what the family achieved together and what she hopes to become in the years-to-come.

How many of us are willing to share the intimate details of life? What does it take to find the courage in the shadows of the political arena to remain committed to our ideals and beliefs through every challenge imaginable?

She traveled from the lower middle-class south-shore neighborhood of Chicago to Princeton and Harvard. Then, she moved back to Chicago and eventually to Washington DC and the White House.

Michelle Obama never ceased to dream. She fought for the things she wanted to achieve in life. Her journey highlights the stress and demands public life bestows on an entire family. She did it with grace, integrity, compassion, and respect. She married a man who possessed “a vision, who was optimistic without being naive, undaunted by conflict, and intrigued by how complicated the world was.”

Becoming is a book I would definitely share with my daughter and friends. Besides, she talked about Iowa in her book…the place where my “Becoming” began.

An intimate, powerful, and inspiring memoir by the former First Lady of the United States

In a life filled with meaning and accomplishment, Michelle Obama has emerged as one of the most iconic and compelling women of our era. As First Lady of the United States of America (the first African American to serve in that role) she helped create the most welcoming and inclusive White House in history.

She also established herself as a powerful advocate for women and girls in the U.S. and around the world. Her legacy is of dramatically changing the ways that families pursue healthier and more active lives. She stood with her husband as he led America through some of its most harrowing moments.

Along the way, she showed us a few dance moves, crushed Carpool Karaoke, and raised two down-to-earth daughters under an unforgiving media glare.

In her memoir, a work of deep reflection and mesmerizing storytelling, Michelle Obama invites readers into her world. She chronicles the experiences that have shaped her—from her childhood on the South Side of Chicago to her years as an executive balancing the demands of motherhood and work, to her time spent at the world’s most famous address.

With unerring honesty and lively wit, she describes her triumphs and her disappointments, both public and private. She tells her full story as she has lived it—in her own words and on her own terms. Warm, wise, and revelatory, Becoming is the deeply personal reckoning of a woman of soul and substance who has steadily defied expectations—and whose story inspires us to do the same.

Michelle LaVaughn Robinson Obama (born January 17, 1964) is an American writer, lawyer, and university administrator. She was First Lady of the United States from 2009 to 2017. She is married to the 44th U.S. President, Barack Obama, and was the first African-American First Lady.

Michelle Obama was raised on the South Side of Chicago, Illinois. She is a graduate of Princeton University and Harvard Law School. In her early legal career, she worked at the law firm Sidley Austin.  That’s where she met Barack Obama. In addition, she subsequently worked in non-profits and as the Associate Dean of Student Services at the University of Chicago.  She was the Vice President for Community and External Affairs of the University of Chicago Medical Center. Michelle married Barack in 1992, and they have two daughters.

Also, as First Lady, Obama served as a role model for women and worked as an advocate. In addition, she worked tirelessly for poverty l, education, nutrition, physical activity, and healthy eating. She supported American designers and was considered a fashion icon.[1][2]

Four days before I finished the book, Michelle Obama visited the Twin Cities where I raised my sons. Honestly, if we had not been on the Gulf Coast, there is nothing that could have kept me from making the one-hour drive to see her in person at the Xcel Energy Center. She was touring the country after publishing “Becoming.”

Thank goodness, the Minneapolis Star Tribune published a story about the event. My “hometown” newspaper has never failed to keep me apprised of everything of importance happening in my city:

From the pages of the Star Tribune

Mothers and daughters traveled from Hibbing and Duluth, saying they came for a dose of hope and optimism. Granddaughters from Minneapolis joined their grandmothers, excited to hear from a woman they consider an intergenerational role model.

Thousands of Michelle Obama fans filled the Xcel Energy Center on Wednesday night for the latest in a series of “intimate conversations” the former first lady has held at arenas and theaters across the country. Attendees danced in their seats and jumped out of them when Obama took the stage to talk about her life and bestselling memoir “Becoming.”

The venue had all the intimacy of a Wild game, but it held a personal connection. Obama said it’s where she found out her husband had enough votes to become the Democratic presidential nominee in 2008, and where the couple’s famous fist-bump happened. 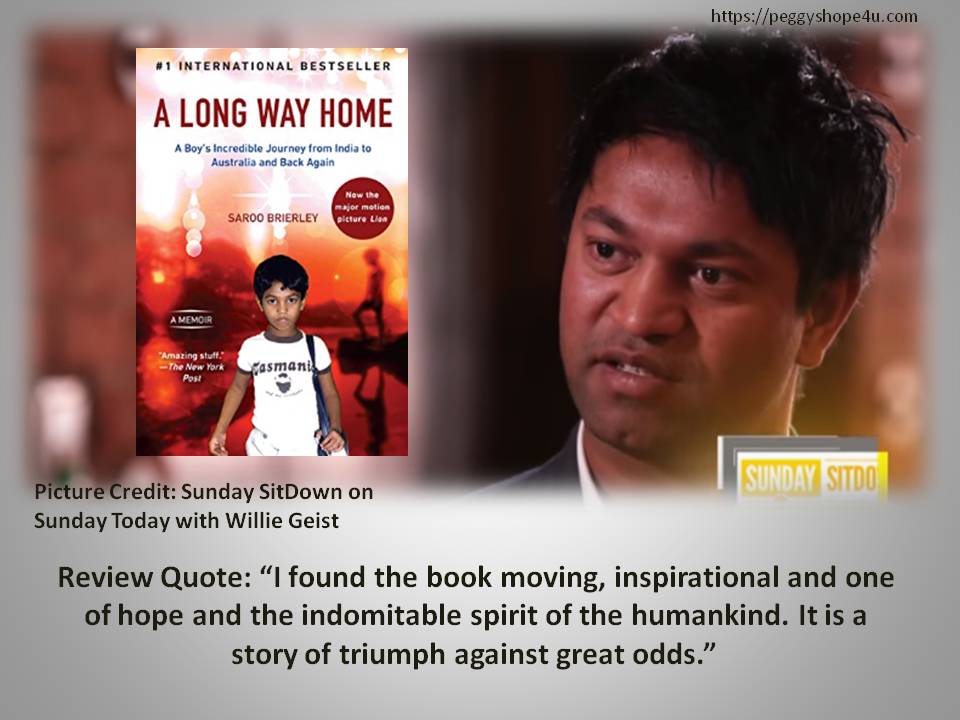 .A Story of Inspiration and Hope: A Long Way Home A Long Way Home is the story of a little boy born in India. His early childhood was chaotic with a Muslim father prone to anger and a loving Hindu mother. Living in one of the poorest neighborhoods in...